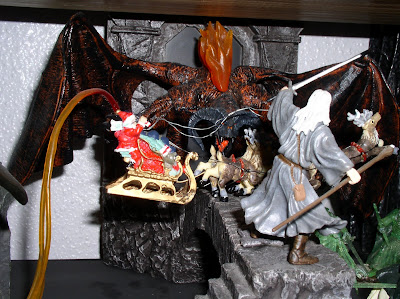 After the first year of Mainlining Christmas, we knew we could keep this up for a while. We didn’t even manage to hit everything on my initial brainstorming list that year, and new Christmas movies, episodes and specials come out every year.

What we didn’t expect was that even now, in year six, we would still be discovering untapped veins of pure jingle.

This year we’ve patched some holes in our repertoire of classic movies, and are catching up on some of the most recent releases. A lot of the other things, we found through serendipitous chains, following the pine-needle trails from one place to the next.

I was looking for a reminder of some of the media we’ve seen that features an ‘alternate’ Christmas. In a fit of brilliance, I decided to see whether the trope had a tvtropes page, which of course it does.

On this page I found a reference to the holiday episodes of the Disney Channel show Sofia the First.

In adding Sofia the First to the to-watch list, I wanted to find out more. So I looked up more information about the show.

I found a Disney wiki page about the episode, and noticed a “Christmas” tag.

Paging through, I found citations for holiday episodes of many Disney shows. Some we’d seen, but some were shows that I had literally forgotten the existence of.

101 Dalmatians the Animated Series and Lilo and Stitch the Series, among others, are thereby added to the list.

You see how easily one discovery leads to another, or spurs a new line of thought.

Here’s one more notable trail we followed this year:

It occurred to me to wonder whether any classic monster movies took place at Christmas.

In trying to Google this, I found out about a New Zealand TV special from the early 80’s called The Monster’s Christmas. We watched this, and it was fascinating. But I wanted to know more. I tried to look up additional information.

What I found was a text reference in a self-published, (sadly, apparently poorly formatted and edited) book from the UK about Christmas horror movies. Right above the reference to this special, the text described a Rankin/Bass stop motion special which featured a banshee.

The text did not give the name of the special.

So I Googled ‘Rankin Bass banshee’ and discovered the existence of The Leprechaun’s Christmas Gold, a stop-motion special we had never seen. I have no idea how we missed it for this long.

In trying to track down a copy of this special to watch, we found yet two more!

And so it goes. There is never an end to our Christmas list, because every time we turn a corner, tracing one thread, the labyrinth just grows larger around us, full of glittering threads to follow ever deeper into the dark.
Article Lindsay