Showing posts with the label Fiction
Show all

A light dusting of snow lay scattered across the street. Rare for December, but not unheard of. The bitter cold, though, that was something else. In all his years in Silver Falls, Clemont had never known a Christmas Eve like this.

No. That wasn’t quite true. He’d known one.

He shook off the thought and stepped towards the building. Between the wind and drinking and just the overall strangeness of it all, Clemont wasn’t seeing clearly. His eyes ached, and he strained to try and see the sign clearly. It slowly came into focus: “Sheriff Wanted,” it said. But he already knew that - he’d been the one to paint those letters on, one by one. And he’d been the one to lean it against the office. Someone else had boarded up the windows and door.

But that’s not the part that Clemont Holcomb had left the warm tavern and walked a quarter mile through the cold to see. He hadn’t believed it when Harrison had come in mumbling, but here it was in front of him. A bare n…
Post a Comment
Read more 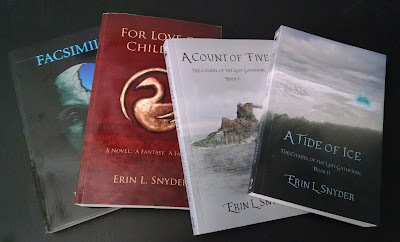 What's Christmas without presents? A bunch of micro-humanoids singing around a tree while floating on a mote of dust through an unforgiving jungle? Screw that! I'm here to make sure your July is merry and bright. And to do that, I'm offering you the chance to download any or all of my books FREE this weekend.

That's right: FREE. Just click on the links below to be whisked off to the magical world of Amazon, where you'll be able to buy my novels for the extremely generous price of $0.00.

I'm practically giving them away! And by practically, I mean literally. And by literally, I mean the official definition of literally prior to 2015, when dictionaries were forced to acknowledge lingual drift meant the term had become synonymous with its antonym, figuratively.

Fiction: Old Gods of the North

By Erin Snyder - December 24, 2015
I wanted to push the boundaries a bit for this piece of short fiction and try writing a Christmas sword & sorcery. Here's what I came up with:


Old Gods of the North
By: Erin L. Snyder

Alnur’s knees shook as he knelt. He felt old joints pop and his muscles creak. He dipped one hand into the desert ground and clutched a handful of sand, which he brought before his eyes. Grains sifted between his fingers as he studied them in the dim light of the setting sun. He squinted to be sure his hopes weren’t deceiving him. “There is magic here,” he proclaimed in a booming voice. Behind him, the consumists chattered their teeth in a sign of applause.

“Kill them!” the consumist named Ducoris exclaimed. Like the others, he wore dozens of necklaces, sashes, bracelets, rings, and other assorted objects. “That we might take sustenance from their corpses and send their souls to the fields promised to the devoured!”

“No!” another shouted. “Leave them a touch of life. Their journey will be easier,…
Post a Comment
Read more

What's This Under the Tree? 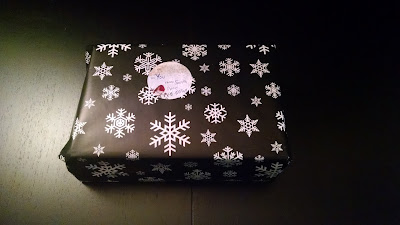 This is unexpected. There's an extra gift here, and it's addressed to you.


I know we usually wait until Christmas, but it says to open now. We probably shouldn't argue. But what in the world could it be?


It looks like a book. Only... I think there's more here.


I was right! It's a whole bunch of books. In fact, it's ALL MY BOOKS! And you're getting them absolutely free.

Well, the Kindle copies, anyway. Hey, what do you expect - paperbacks don't grow on trees. But, from now through December 26th, you can download free copies of For Love of Children, Facsimile, A Count of Five, Tide of Ice, and Tending the Fire. Get them now; read them later.

And the best part of digital copies is you can keep them and still re-gift them. Just send your friends the links in lieu of a real gift and remind them it's the thought that counts.
Post a Comment
Read more

Fiction: The Society of the Worldly Mind

By Erin Snyder - December 22, 2015
We're trying to get in a few short stories before the end of the season. This one's my take on a murder mystery:


The Society of the Worldly Mind
By: Erin L. Snyder

An hour and a half until I put a bullet through the target’s head. Two, tops. That’s how this night’s going to end. It’s the only way I can imagine, at least.

I glance at my wrist watch. Seven fifty-five. It’s been ten hours since my plane touched down, eight since I paid three times market value for a handgun from some guy an associate put me in touch with, five and change since I arrived at the target’s house, and just an hour since I left. Oh, and four minutes since I stepped into a chalet sitting on top of a mountain in Oregon. In my hand is a folded piece of notebook paper. Not that cheap shit you buy at the drugstore. This is something else. Almost feels like cloth under your fingers, the lines are crisp and dark, and there’s this gold insignia in the top. Where the hell do you even order paper like this?