Showing posts with the label 30's
Show all 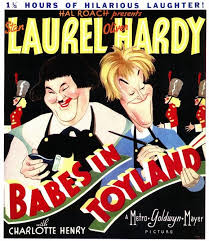 This is the third version of Babes in Toyland we've looked at here, and - in my opinion - probably the best of the bunch. Note I didn't say it was good , only that it was better than the 1961 Disney musical or the 1986 made-for-TV movie starring Drew Barrymore and Keanu Reeves . This one stars Laurel and Hardy, and is easily the weirdest of the bunch. Unlike the later adaptations (or the source material), the movie is almost entirely set in Toyland. Only the last act ventures outside its borders, and even then just barely. But I'm getting ahead of myself. The story is... uh... Well, that's kind of where things get complicated. The central conflict is built around Bo Peep and Tom-Tom planning to get married, but having to contend with Silas Barnaby, a cruel landowner threatening to evict Bo Peep's mother if Bo Peep doesn't agree to marry him. But here the thing - none of them are really the main characters. Instead, the main characters are Stannie Dum and Ollie
1 comment
Read more 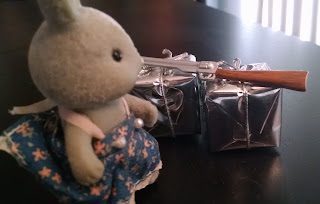 The Santa Klaus Murder Mavis Doriel Hay, 1936, ebook reprint 2015 New Release! I received a copy of this book from NetGalley for the purpose of review. Premise: Part of the British Library Crime Classic series of reprints. Sir Osmund Melbury has gathered his fractured family for the holiday. There’s a lot of money at stake for remaining in Sir Osmund's good graces, so naturally he ends up dead, and everyone has a motive. I liked the first half of this book much more than the end and resolution. I don’t know whether it dragged on too long, or I just lost track of who said what to who when. But I did like the first half quite a bit. The book explicitly switches between perspective, especially in the first few chapters. These chapters each take the form of a narrative of events written after the fact by one of the characters. You learn a lot about what the characters think of each other and their descriptions are often amusingly snide. The main body of the narrative a
Post a Comment
Read more 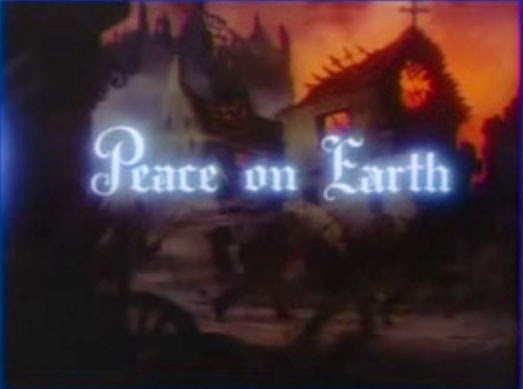 "Peace on Earth" is an animated short from 1939. It was made by Hugh Harman, one of the founders of the Warner Bros. animation studios. "Goodwill to Men" is a remake made by William Hanna and Joseph Barbera fourteen years later. The two pieces are extremely similar, so I'll talk about them together. As works of animation, these are beyond topnotch. "Peace on Earth," in particular, is absolutely breathtaking. If this had been made a half-century later, it would still have been cutting edge. The remake is also great. You can drop every association you have with Hanna-Barbera: this is beautiful work. Both versions were clearly labors of love, stories the animators and directors clearly believed needed to be told. If you've never seen these, the fact they exist is utterly shocking. In fact, if you've never seen either of these - and especially if you've never heard of them - you owe it to yourself to stop reading and watch the original. I
Post a Comment
Read more 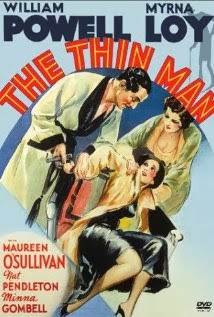 As a fan of Dashiell Hammett I was excited to see The Thin Man on a list of movies set at Christmas. It’s always been one of those eventually-I’ll-get-to-it kind of movies. The movie is lighter in tone than the book, which in turn is already one of Hammett's lighter works. So this is less noir than it is comedy-mystery. The Thin Man focuses on Nick and Nora Charles. He’s a former detective, she’s an heiress, they’re in New York for the holidays to look up old friends and throw lavish parties. One of Nick’s former clients goes missing, then the bodies start piling up, and before you know it everyone from the daughter to the cops are asking for his help looking into the case. Nora thinks it’s terribly exciting, and happily says so. To put it shortly: I loved this. I loved the banter between the main characters. I loved the dialogue, the lighting, the film's style and the setting. I loved the holiday party with gangsters rubbing elbows with cops and reporters and everyone
Post a Comment
Read more 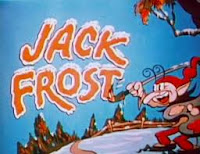 Yet another short on a collection we found for next to nothing on Amazon. Going in, I didn't know what to expect from this eight minute cartoon about a young bear ignoring advice about staying in for winter, but I was really quite smitten. The character of Jack Frost is presented as sort of a nature spirit who shows up to paint the changing season and warn all the animals it's time to get in out of the cold. He warns the main character - the aforementioned bear - about Old Man Winter, but the bear's convinced his coat of fur is more than enough to keep him safe. Long story short, Old Man Winter (personified as a creepy ice-man) is a bit tougher than the bear was expecting. It's not particularly complicated, but it's my favorite of these eight minute shorts so far. Not surprisingly, it's readily available on YouTube, as the embed below suggests. Once again, if you're no fan of old cartoons, this isn't for you. For those that are, it's kind of
1 comment
Read more

I know I've seen this eight minute short from Fleischer Studios before. It's relatively simple in concept: a bunch of orphans' Christmas is ruined until Grampy (one of Fleischer's reoccurring characters) breaks into their kitchen, transforms a bunch of stuff into toys, then disguises himself as Santa Claus to hand out the gifts. It's a simple concept, but the execution was ahead of its time. Like Grampy, Fleischer Studios invented some tricks of their own. Half a century before computer effects, they were developing innovative methods to create the illusion of 3D environments, as evidenced in the opening shot. Like most old cartoons, if you're not interested in animation and its history, you won't find much to like here. If, however, you appreciate the art form, this is a great piece.
Post a Comment
Read more
More posts