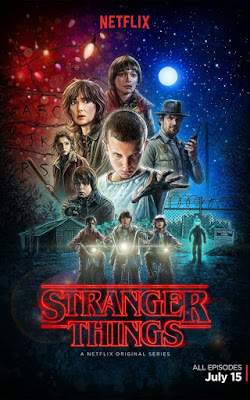 Let's get this out of the way - in the opinion of Mainlining Christmas, season one of Stranger Things does not technically qualify as an Christmas story, nor does any single episode feature the holidays to a significant extant to be accurately called "a Christmas episode." Which is why we're doing this now instead of in December. Excluding flashbacks and an epilogue (which does take place at Christmas), the series takes place over a few days in what's presumably late November. Christmas decorations have started going up, but they're certainly not ubiquitous, and stores are stocking holiday lights. It's those lights, incidentally, that I mostly want to address. The story of the series centers around -- STOP! Oh, yeah. Spoiler Alert, and all that. Where was I? Right. The story centers around a missing child who's pulled into a parallel universe by some sort of alien monstrosity. I say "parallel universe" in keeping with
Post a Comment
Read more
More posts