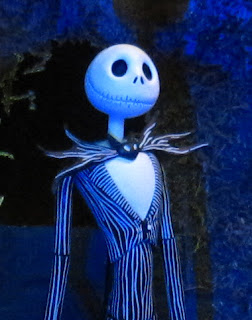 Henry Selick was recently asked whether The Nightmare Before Christmas , one of the greatest holiday films ever made, was a Halloween movie or a Christmas movie . After some consideration, he went with Halloween. I think it's important to note that, as the visionary director of this phenomenal movie, Selick is uniquely positioned to be able to definitively answer this question. That's what makes it so surprising that he got it wrong. While the movie's leads are original Halloween characters, the plot is a re-imagining of L. Frank Baum's story, A Kidnapped Santa Claus , as well as his novel, The Life and Adventures of Santa Claus . These were major influences on the Rankin Bass specials, as well, which in turn served as prototypes for Selick's movie. But we'll forgive the director for this oversight. If he keeps making movies half as good as The Nightmare Before Christmas, he can claim they're about Arbor Day for all we care.
Post a Comment
Read more
More posts