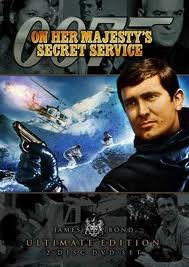 This is the DVD cover, because the movie poster is silly and misleading. On Her Majesty’s Secret Service is the sixth James Bond movie, based on the tenth James Bond book. It’s a quieter movie than a lot of the others, it follows Bond’s relationship with one woman, Tracy, and an unaffiliated mission to track down Blofeld. This is the only movie starring George Lazenby as Bond, and there are a couple internal nods to the fact that this is the same character with a different actor. The romance between Tracy and Bond is fairly poignant, if occasionally as over-the-top as the rest of the movie. The action plot revolves around Bond posing as a genealogist to infiltrate Blofeld’s stronghold in the Alps. Blofeld has a fairly silly plot to use a bunch of hypnotised young women to damage the world’s food supplies (this made slightly more sense in the book), but the important thing for our purposes is that it’s Christmas! So there is a ski chase which is sometimes very exciting and someti
Post a Comment
Read more 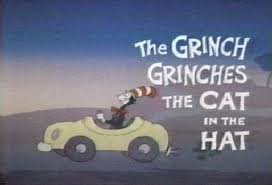 Until I saw this special referenced in an article about the Grinch last year , I didn't realize there were other Grinch specials produced. Once I knew, though, I really had to track them down, even if their connection to Christmas begins and ends with The Grinch. But as far as I'm concerned, having the Grinch in something is pretty much the same as including Santa: de facto Christmas. I'm sure we'll get to the Halloween one eventually, but I wanted to take a look at the "The Grinch Grinches the Cat in the Hat" while it's seasonal. It was pretty easy to find on Youtube if you're interested in checking it out after reading my review. But, honestly, if you're still interested after my review, it probably means you have anterograde amnesia. Don't take chances: take a polaroid of the opening credits and write, "Don't waste your time" at the bottom. Shit. Who has a polaroid camera anymore? I guess you're screwed. While I
Post a Comment
Read more
More posts