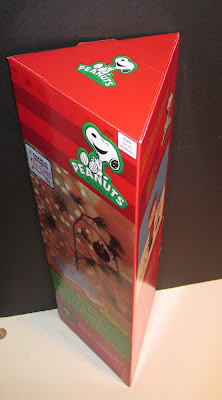 I'm tagging this a toy review, even though it isn't really a toy. Actually, it's a replica. Granted, it's on the low end of low end replicas, but that's still what it is.

It's also a commercially sold artificial version of a pop-culture symbol of the importance of not giving into the artificial or commercial aspects of the holidays. But then, isn't selling out what Christmas is REALLY about?

I first came across one boxes of these things last Christmas in the local CVS. I held off on buying one, despite morbid curiosity, then when I came back a few days later, they were gone. They didn't reappear last Christmas, but lo and behold, they're back now, and still dirt cheap. This was marked at $9.99, and a general 25% sale on all Christmas crap brought that down to an entirely reasonable seven-fifty. 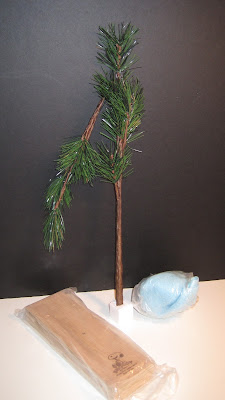 I'm not sure what I expected this to actually be like, but I was a little surprised when I opened the box. The tree itself is basically a two-foot long wire-and-plastic branch, the "blanket" is a small piece of felt, and the base is (gasp) actually made of wood. Cheap plywood that's liable to give you a splinter, but wood nonetheless.

The ornament is comes rolled up in the "blanket." It's nothing special or complicated, just a simple, fragile, Christmas ornament. If it breaks, I guess I can just replace it with any other red bulb. 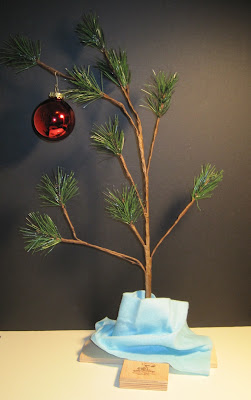 It's actually not half bad. No, I take that back. It is half bad, but isn't all bad. Hell, it's not even three-quarters bad.

For better or worse, you're getting a box of pieces that feel like they were purchased at Michaels and packaged as-is. In fact, if one were so inclined, they could probably pick up parts to make something at least as close to the original at a craft store. But, of course, that would require work. Who needs that?

The tree is made of wire, so it's bendable. I'm not sure it bears a perfect resemblance to the original, but it's certainly recognizable. At ten bucks or less, it's a fun decoration and a perfect visual representation of the definition of irony. 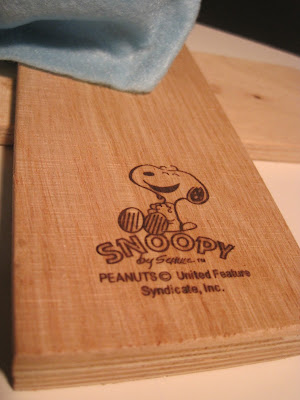