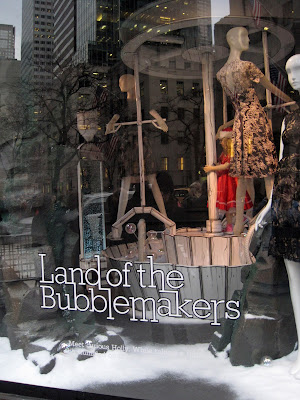 This years' Window Displays start with the creepy mannequins of Saks Fifth Avenue. 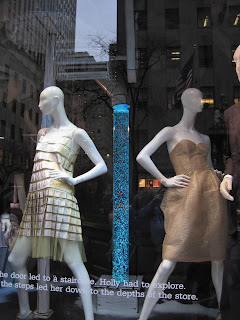 There's some ridiculous almost-a-story being told in rhymed couplets on the surface of the windows. Something about the magic bubble factory under Saks, where bored ladies in expensive dresses run Dr. Seuss-style machines. 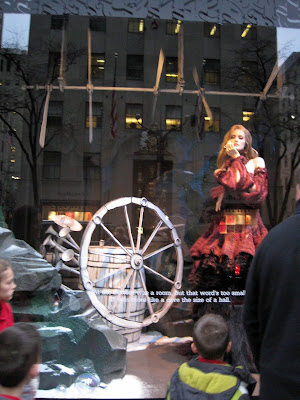 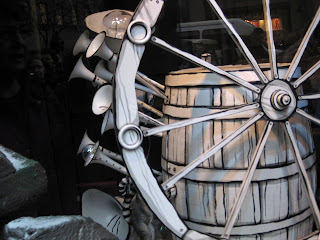 The machines are actually quite interesting looking, and they move, and the dresses are pretty. The juxtaposition, though, is just weird. 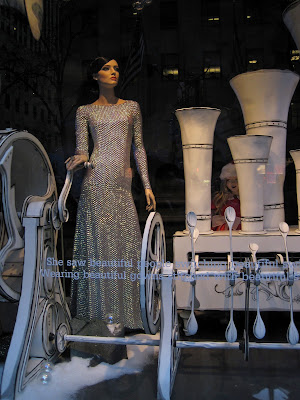 Also the creepy little girl mannequin in the Santa hat is constantly skulking in the background: 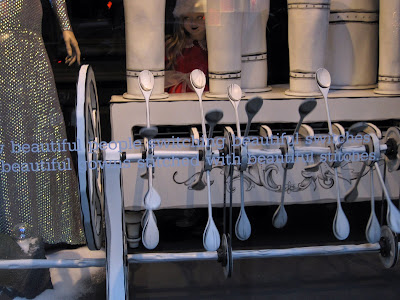 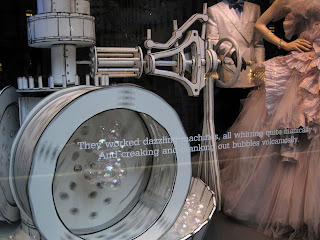 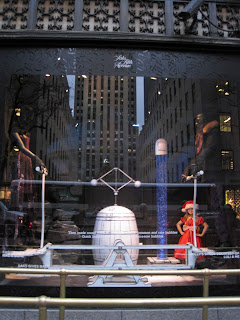 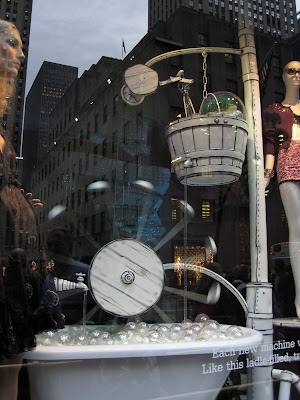 The displays are also sprinkled with little fake animals in the corners, with no explanation. 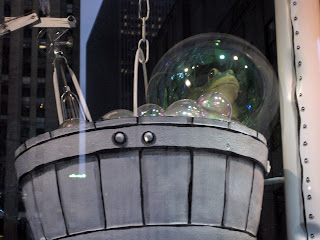 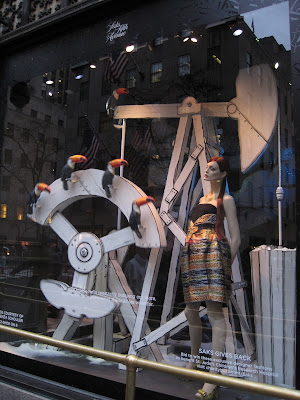 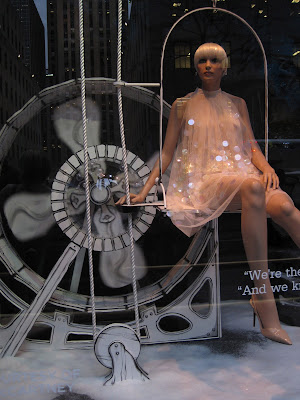 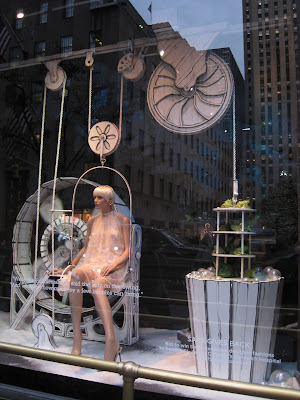 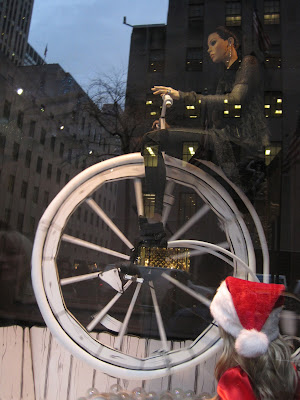 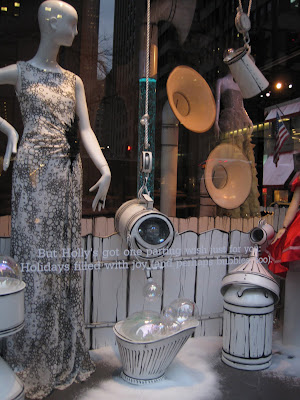 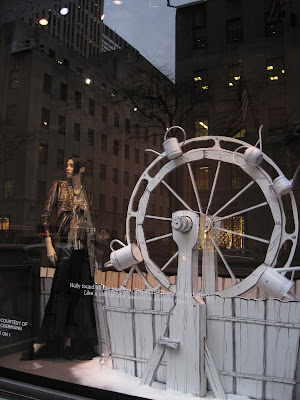 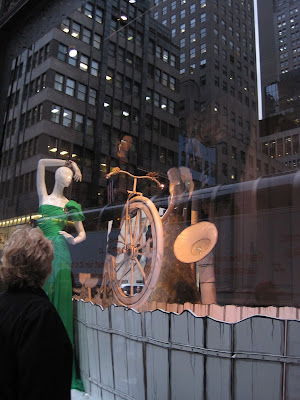 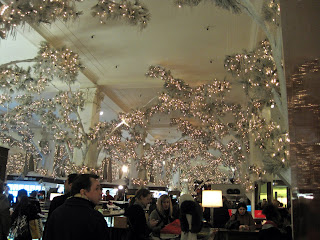 The next interesting store I spotted I guess is called H. Stern? It looks like a jewelry place. They had a live jazz band on a Thursday afternoon. I didn't even think about going in.

Their windows were interesting: a sort-of 3D collage effect. 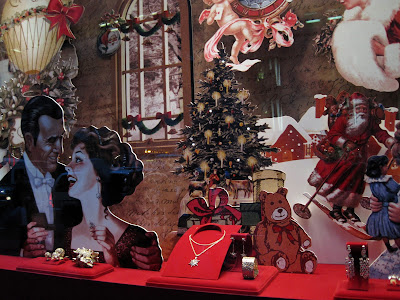 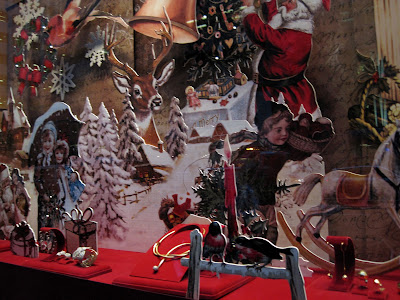 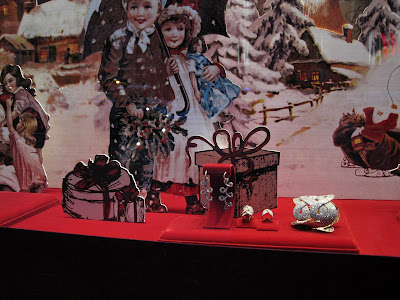 Down the street at Henri Bedel, they were going for more of a showgirl of NYC motif: 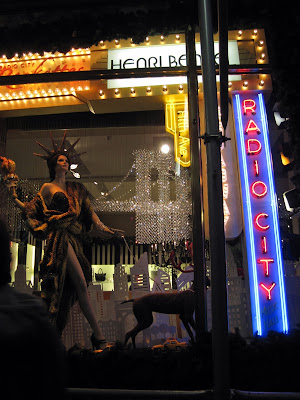 Her dress is made of JELLYBEANS. 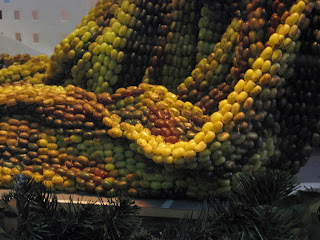 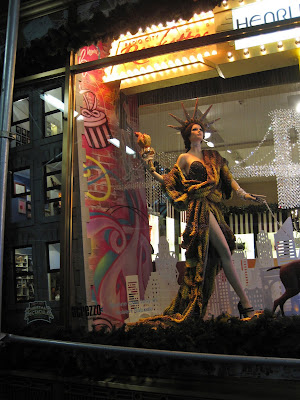 See the little windows on the left side of that last picture? It's a dollhouse apartment building. Each window opens onto a little scene, most at too awkward an angle to photograph well, unfortunately. 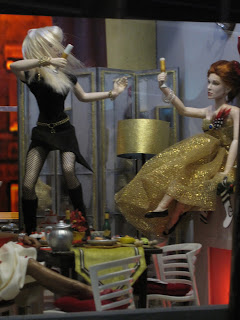 Inside the store, there are more showgirl-mannequins 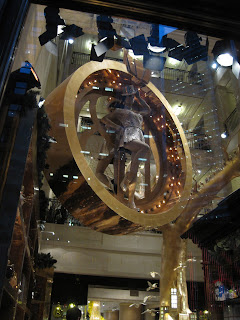 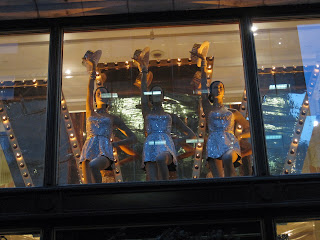 Trump Tower changed up their holiday look this year, going for a scattering of stars: 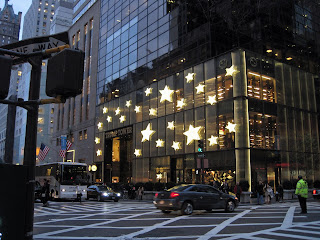 Stay tuned for part two, with all the weird combinations of fashion and taxidermy that your heart desires!
Lindsay Photos