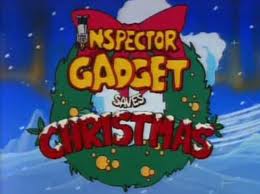 We watched these two specials back to back – they're actually packaged together on Amazon Instant Video – and I feel that I should talk about them together.

They have a lot in common: both revolved around the main character unmasking a villain standing in/taking over from Santa Claus, and both were made as a sort of afterthought to their affiliated series.

Both were really awful.

It's hard to identify one as being worse, though, because in that respect they were different.

The animation was far worse on Inspector Gadget, as well as its egregious use of badly recorded singing. The voice recordings were so poor that I really thought they'd gotten different voice actors. 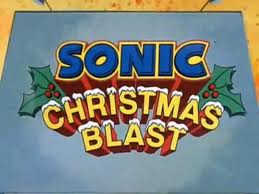 The plot was arguably stupider on Sonic, the misuse of supporting characters worse, plus it added “X-treme” winter sports for no good reason.

I know I haven't seen any Inspector Gadget in a while, but in this one they basically said flat out that if Dr. Claw hadn't sent agents after Gadget, NO ONE WOULD HAVE KNOWN HE WAS UP TO SOMETHING. I mean, animated villains are usually stupid, but he's really really stupid. Plus every time I see the cat I wish I were watching Rescue Rangers instead (Which hasn't aged particularly well either, but is miles above this).

Plus his plan was really stupid. And there were scary clone-looking elves who sang really bad music.

Sonic was more boring-bad and less yelling-at-the-screen bad, but I'm pissed off that they borrowed setting and character elements from the better Sonic series (the name of the city, Sally has a non-speaking cameo that makes no sense) for just this special for no discernible reason. Maybe because Adventures of Sonic the Hedgehog always sucked.

If you feel the need to punish your younger self for something, by all means track these down. If not, just let sleeping franchises lie.
90's Action Fantasy Lindsay Special Sucks