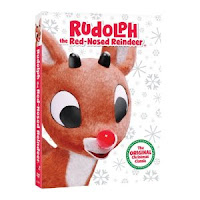 There is... another.  But we'll leave that ominous assertion for another day.

Rudolph is a tough nut to crack.  It's a decent special, but it certainly lacks the consistency or quality control of How the Grinch Stole Christmas or A Charlie Brown Christmas.  This is a flawed gem, that much is certain.  There are some slow spots, some weak writing, and some songs that are hard to sit through year after year.  Plus, all character growth takes place off screen: between scenes, Rudolph miraculously decides he can't run away from his problems, even as everyone at Santa's workshop realizes they were ripe bastards.

Despite all that, it's really intriguing.  It's just so damned imaginative, it's impossible not to like.  Between the elf wanting to be a dentist, Yukon's team of show dogs, and Sam the Snowman, it just draws you in.

Before long, you're at the Island of Misfit Toys, and you just go with it, despite the fact sentient toys don't make sense in even that surreal setting.  I actually love the Island, especially its ruler.  King Moonracer is sort of the antithesis of Santa Claus.  Instead of circling the world to give out presents, he pulls a Peter Pan and picks up the lost and unwanted misfits.  As bizarre as this sequence is (again, why are these toys conscious and not those at Santa's workshop?) it kind of fits in the mythology.

That doesn't even touch on the Bumble, a villain who's surprisingly frightening at times.  Or Santa, who comes off as a flawed and believable ruler, ignoring his elves and passing judgment on Rudolph.  The scene where Rudolph comes back and you seen Santa humbled by the pain he helped cause is pretty spectacular.

I doubt my recommendation is going to mean much here.  You know this special as well as I do, and you'll see it or skip accordingly.  For what it's worth, I'm glad we re-watched this one this year.  There are plenty of problems, but I still find myself drawn into the fantasy after all these years.
60's Classic Erin Snyder Fantasy Musical Special Stop Motion