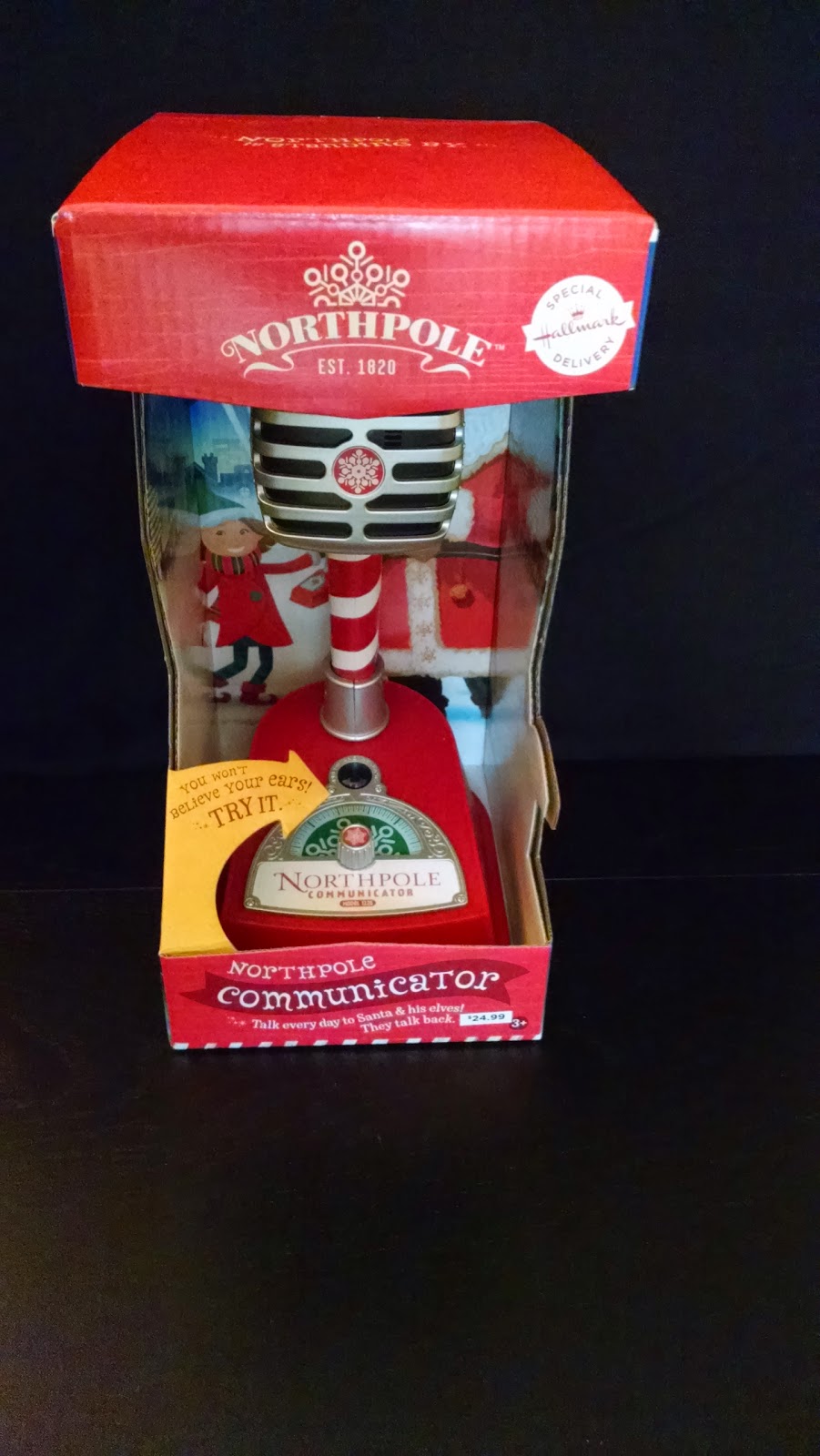 Something about the old-fashioned radio design on this thing appeals to me. I haven't seen the made-for-TV movie it's tied to yet - and the trailers look awful - but the idea of a role-play radio to the Northpole intrigued me. I found this at a Walgreens on sale a day or two before last Christmas and picked it up.

Here's the try-it feature as it's set up in the store:


The intention here is for kids to plausibly believe the communicator is connecting them with the North Pole. It's hard to say whether or not it'll accomplish that, but they put some effort into selling the effect.

This comes with instructions in a sealed envelope intended for adults. Naturally, the contents provide some info on the man behind the curtain. Or in this case, the simplistic recordings. 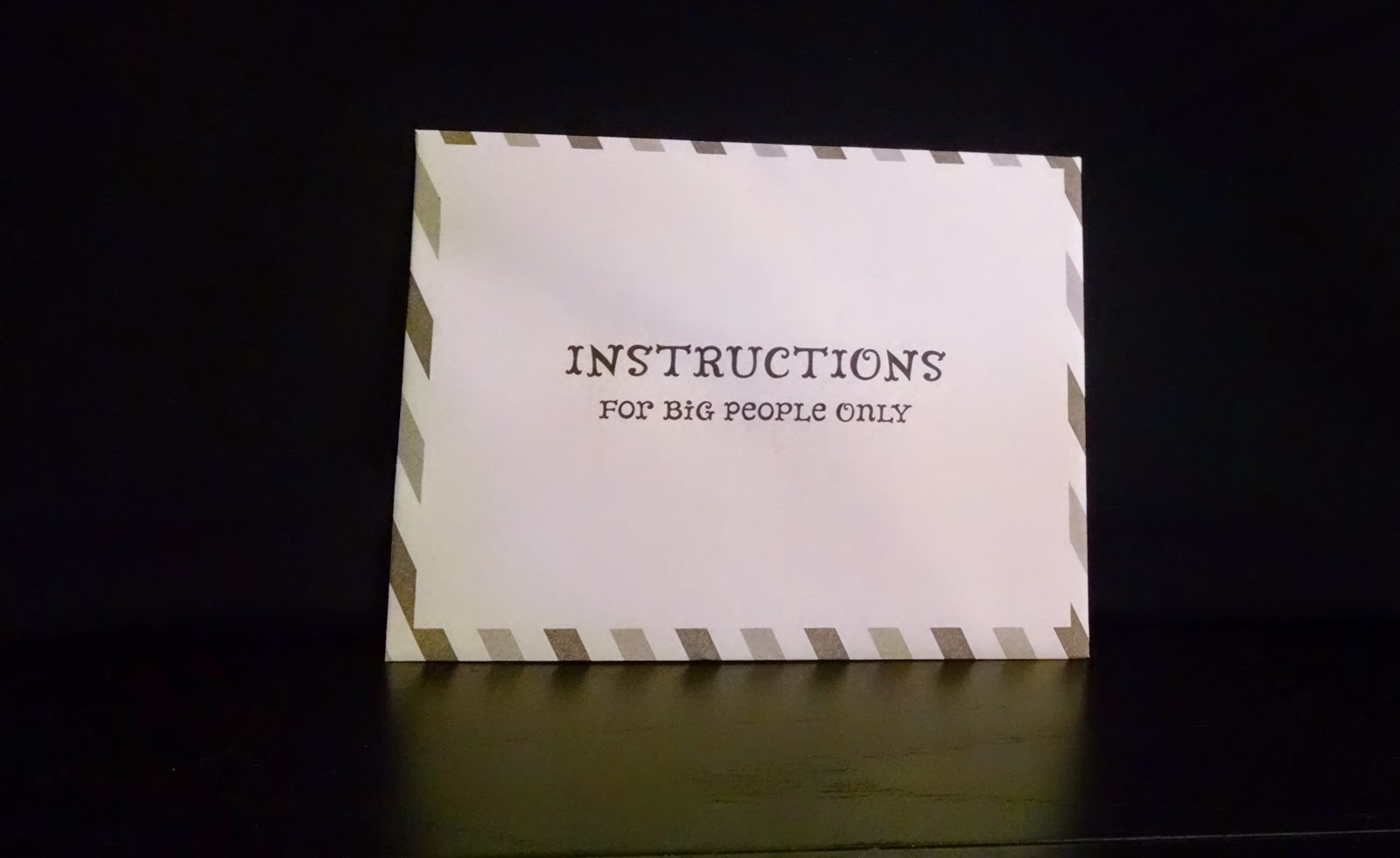 The communicator is pretty simple in execution. It contains 25 separate recordings, one each for December 1st through 25th. Once it's set up, you start it by turning the knob, as if you were tuning in. You'll then hear a recording from one of several voice actors, who will tell you something inane and ask an idiotic question.

In theory, you hit the button, reply, then hit the button again to hear the next part of the message. There's nothing picking up sound or timing to make sure you've answered, though, so you can just hit the button twice to move on. Needless to say, the responses are intentionally vague, so they'll seemingly fit with any rational answer.

The scripts and voice acting weren't especially good, but decent enough given the price (I'm including a video of the communicator in action at the end). The light on top is bright. The speaker is loud - if anything, it might be a little too loud.

I feel like they invested a little thought into the calendar. Hidden beneath a panel that's screwed to the bottom are time and date controls: 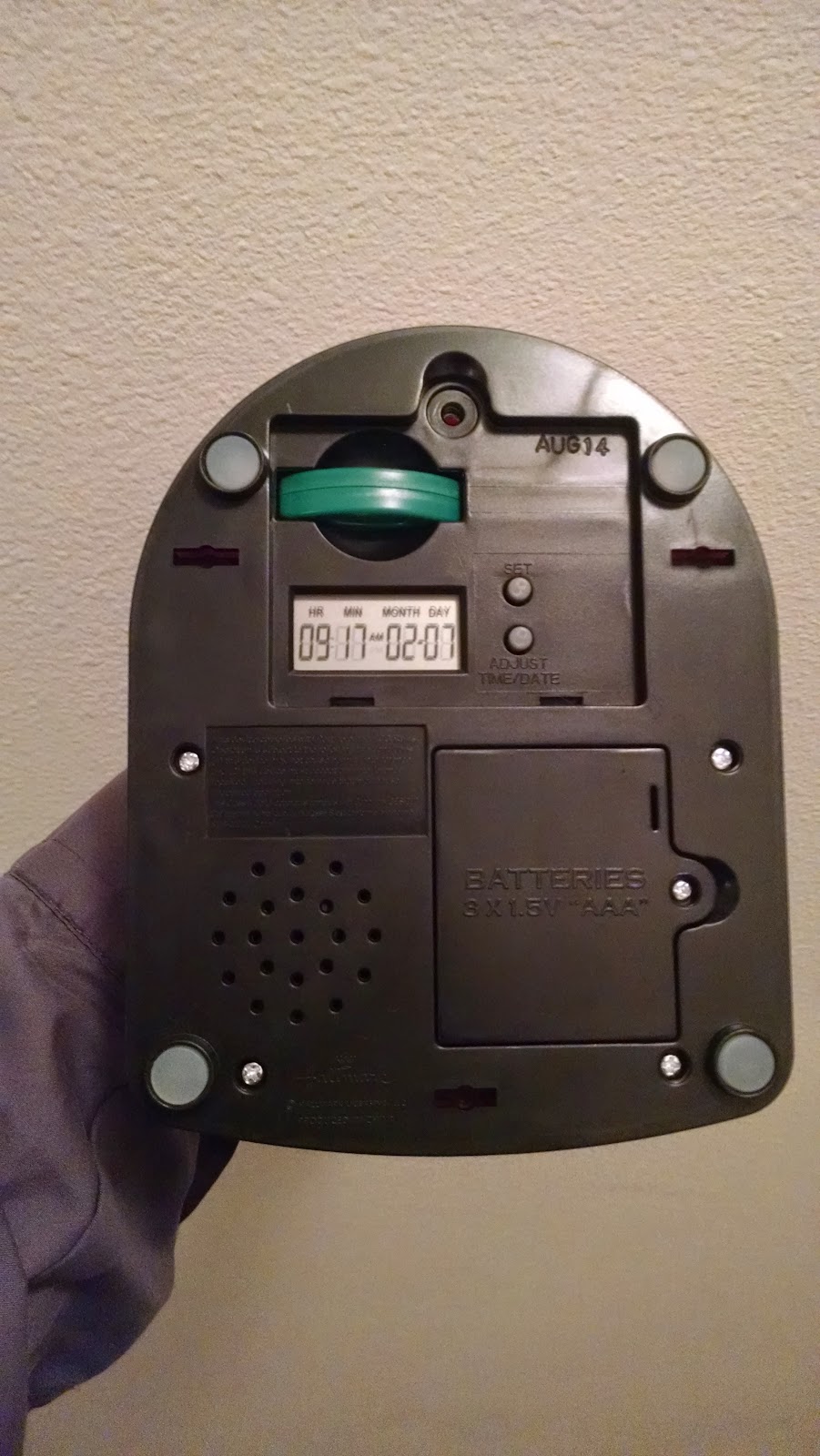 Incidentally, the green cartridge can be pulled out. Hallmark sells replacements, in case you want to provide your kid with fresh conversations every year. Kind of seems pointless, though: if a kid's young enough to believe this is for real, they're probably not going to remember the precise words Clementine Bell said to them the year before.

Each day between December 1st and 25th correlates with a specific conversation. In addition, it'll only work once a day (though there's an obvious work-around). The idea is that kids can't treat this like a toy phone that keeps connecting to the same message. If they try using it more than once day, it just gives them static. I like this feature, in theory: if you're going to make something like this, you should commit to the premise. In practice, this feature made it a pain in the ass to review.

The workaround, of course, is to just reset the time constantly. As soon as the date changes, the communicator can be used again.

The communicator only functions between the 1st and 25th. The rest of the year, kids get a message that everyone's taking some time off.

The piece itself is pretty sturdy, and it's got some heft. You could probably convince young kids it's for real. After all, kids are pretty stupid.

This retailed for $25 last year. I found it at 50% off. In addition, I had a coupon that let me save some cash by buying two Northpole products.

As promised, here's how the communicator is supposed to work: