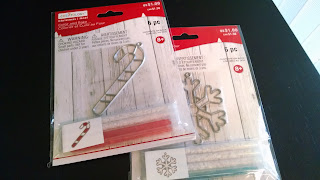 Here's a not-so-secret fact about me: I'm a sucker for cheap craft kits. We picked up these kits at Michael's, and I think they were even a bit cheaper than the $1.00 each they're marked at. 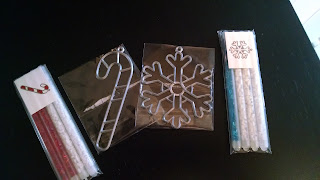 Each kit comes with a metal suncatcher frame and four tubes of tiny plastic crystals. The directions are on the back of the cardboard piece. 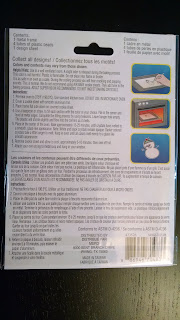 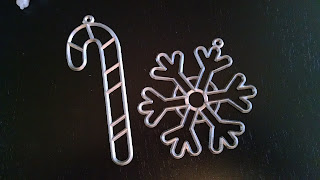 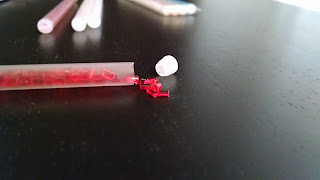 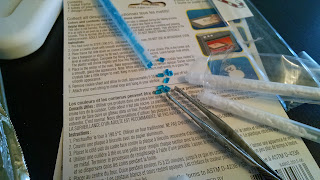 It didn't take long to fill the candy cane, but the snowflake took more time because of all the little fiddly bits. 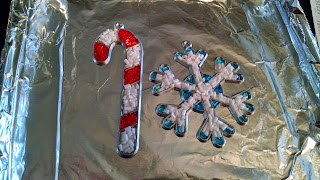 It was slightly annoying because I got most of the way through the snowflake when I realized that one of the little arms didn't sit flat, and I was worried about plastic oozing out under the edge when it baked. So I gently bent that arm a tiny bit, but then had to start over. 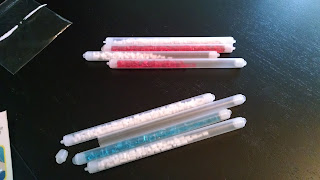 I only used less than half the provided crystals. It's very difficult to tell, especially with the small sections, how much is enough, vs. too much. The instructions only say to 'Pile in the center and level at metal edges'. Of course, with a bunch of irregular bits of colored plastic, what is level? And what does that mean for such narrow sections? 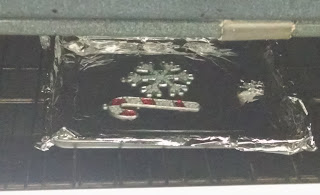 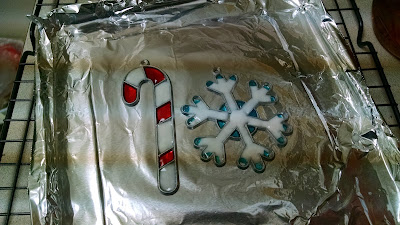 Unfortunately, as you may be able to see, my bits of plastic did not flow all the way to the edges in every section. 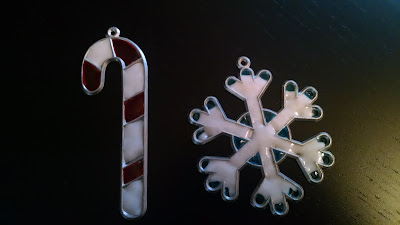 They still look okay in the light, though: 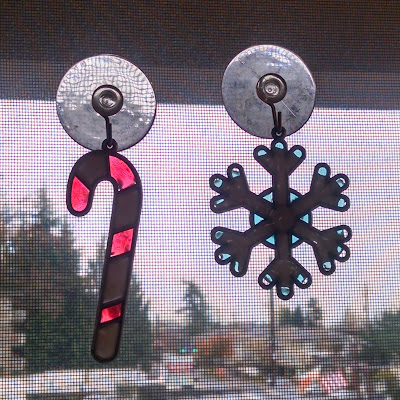 It's not bad for maybe 15 minutes fiddling and 25 minutes baking; I'd say I got at least two dollars of fun out of these.