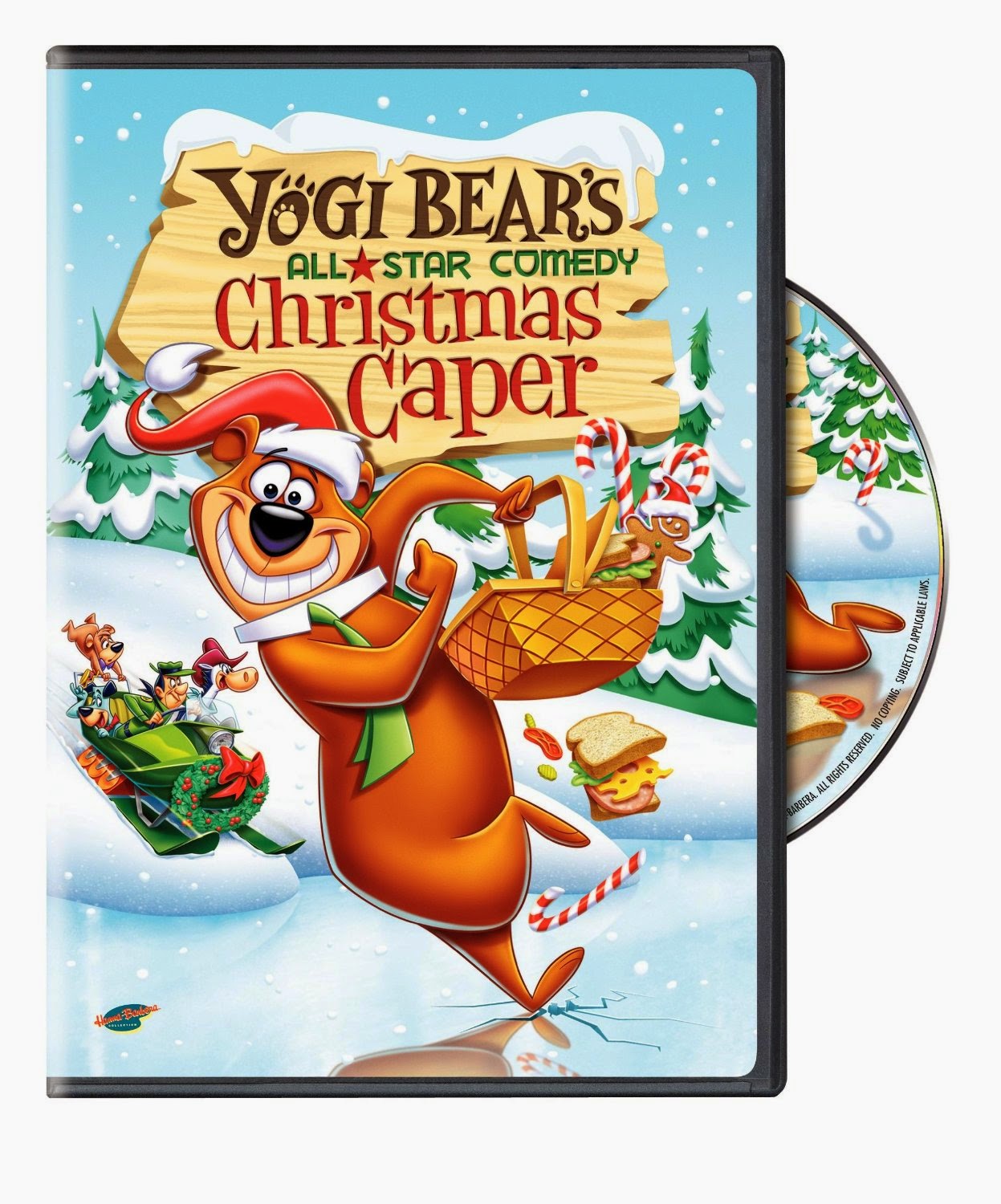 Don't let the unbelievably stupid title fool you: this 30 minute special from the early 80's is actually pretty enjoyable, thanks to some clever writing and a brisk pace.

The special begins with a host of Hanna-Barbera characters traveling to Jellystone at Christmas to surprise Yogi and Boo-Boo. Only when they arrive, they discover the two bears have stowed away on a departing tour bus to the city in order to spend the holidays with them. The ranger calls ahead to have them apprehended, and Yogi and Boo-Boo wind up dressing as Santa and an Elf to escape capture. In the process, they pick up a young girl who feels like her rich father is neglecting her by devoting so much time to his work (this situation was extremely common in 80's entertainment, which placed absurdly high expectations on parents).

It's a simple story-line, but they fill the time with cameos and jokes. Impressively, most of these are quite a bit of fun. The special has a nice nostalgic feel, and at just a half-hour, it doesn't get tedious. The moralizing around the absent father is a tad annoying (parents shouldn't be lectured to about having lives outside of their children), but it's hard to be bothered given how good-natured this thing is.

The animation is simple, with a very 80's look to it. This was a time of minimalism and cost-reduction, and it certainly shows. That said, it's sufficient for the medium and style. They made up for the animation by getting the jokes right.

This certainly wasn't amazing, but it managed to keep its runtime from dragging, which is as much as can be expected.
80's Comedy Erin Snyder Special