Toy Review: Hallmark "I Move to Your Music" Grooving Moose 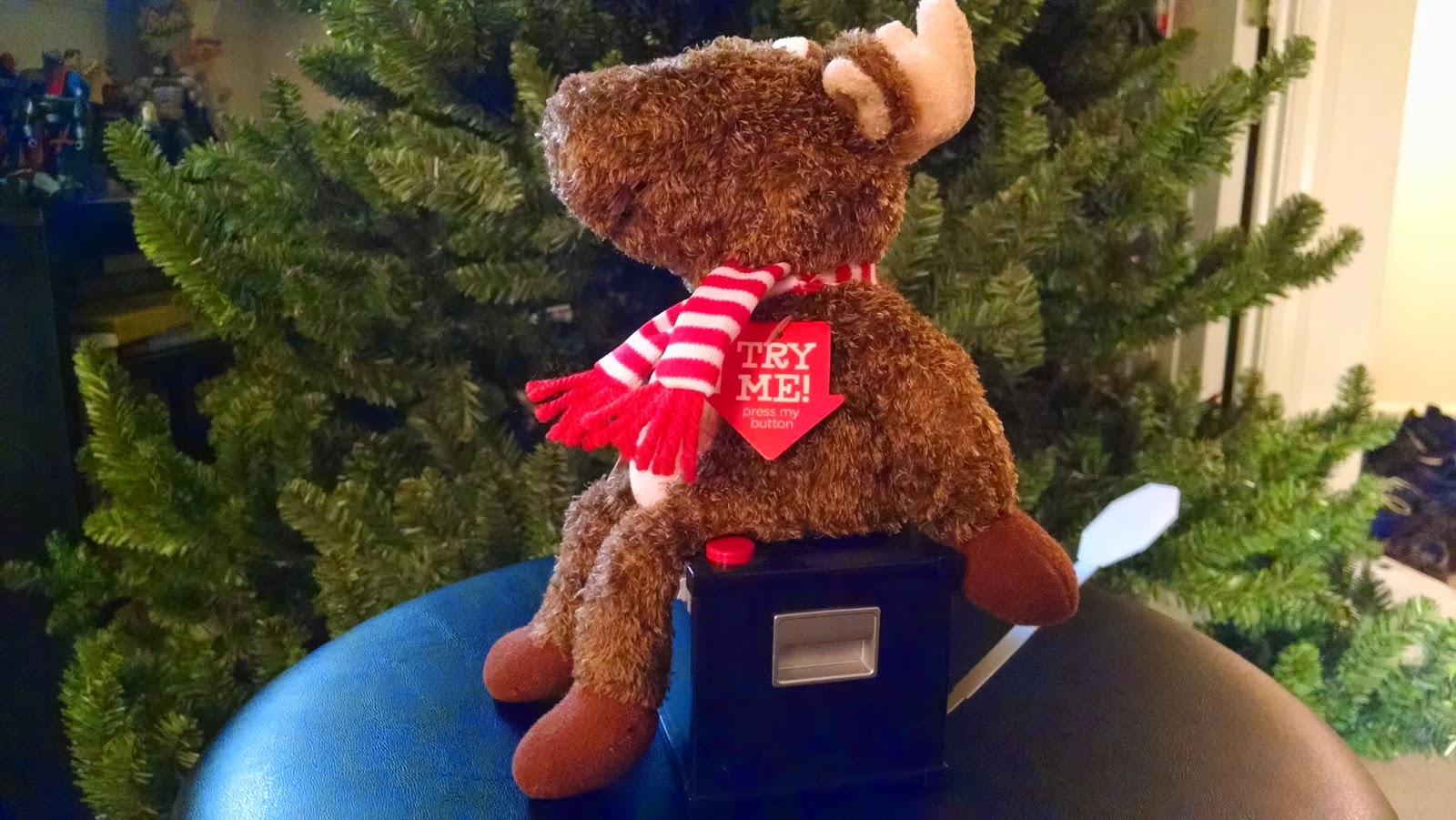 There were three things about this that appealed to us. First, it was a Christmas toy. Second, it was cheap. And third, it was just about the dumbest thing we've seen since buying these.

Let's start with the demo feature. This is, of course, what we experienced in the store.


For those who'd rather not subject themselves to the horror, when you hit a large red button on the toy speakers the moose is sitting on, the whole thing starts blaring "Up on the Rooftop" while the stuffed animal starts bobbing back and forth. An announcer than tries to sell you on this action: play your own music, and the moose will groove to it!

The speaker is surprisingly loud, which is kind of shocking since, the minute you pull that tab out of the back, it's effectively dead. All sound effects beyond the cold grinding of its motor are exclusively used in the demonstration. 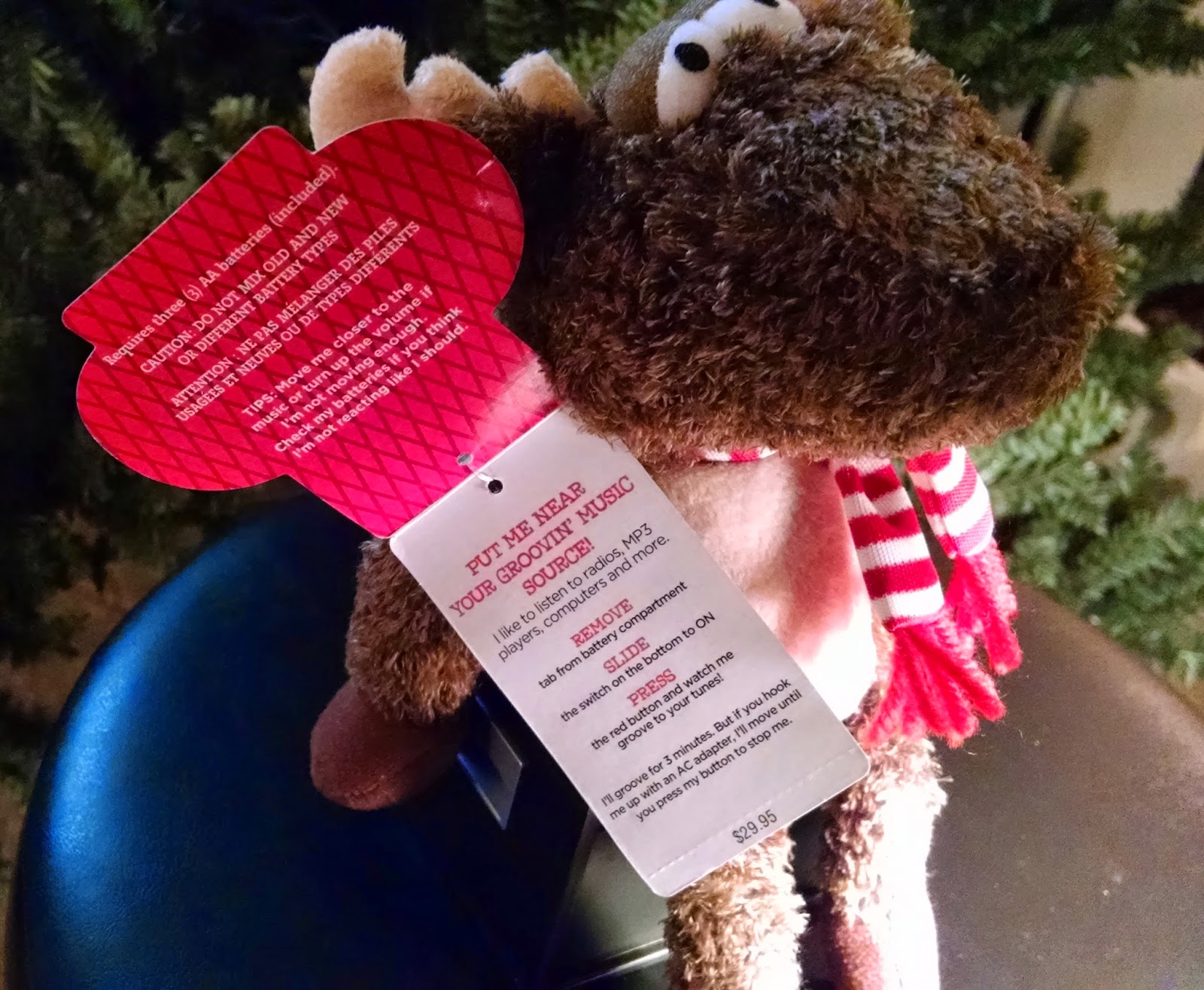 Its normal play mode is kind of boring in comparison. Its function is extremely specific. If you hit the same button, it will dance to whatever sound is playing, driving by, or screaming obscenities at it.

To its credit, it seems to pick up sound pretty well. It's corny, but relative to most of these things, it's fairly well made. I'm mostly baffled that they'd go through the trouble of setting up a playback option just for the in-store "Try Me" option, then not incorporate it into its normal operation. 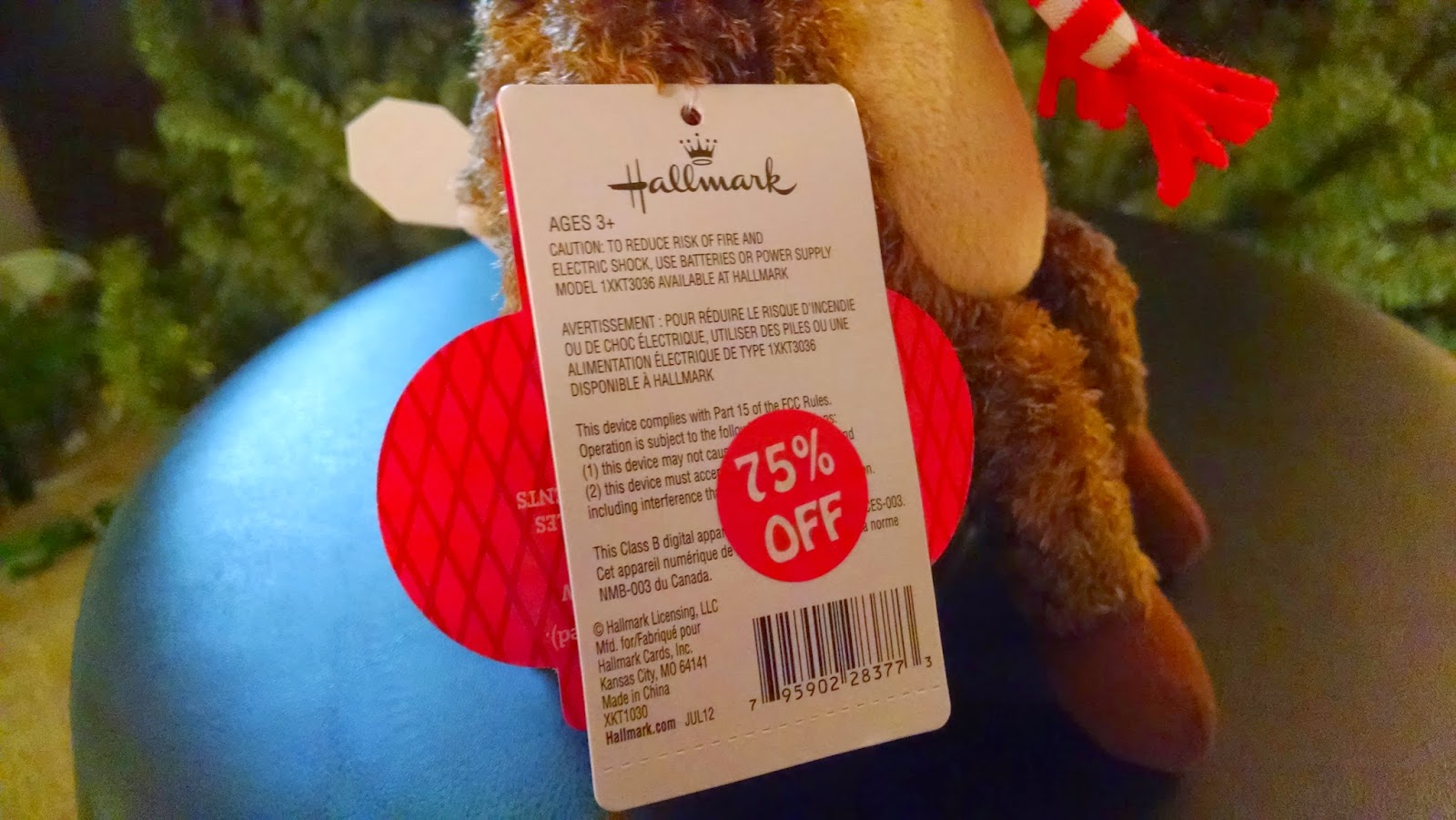 It's particularly odd given that, other than the candy cane scarf, that song is the only indication this is remotely connected to Christmas. Pull the tag and cut off the scarf, and you've got a generic grooving moose. Who the hell wants one of those?

We got this for 75% off, which was still a little pricey. This started at $29.95, so we still wound up paying close to $7.50 for him. I realize this is higher quality than the crappy knockoffs you can buy at Big Lots, but I find it hard to imagine anyone paying thirty bucks for one of these things. Then again, there's not much indication anyone did.

Here's a clip of the moose in action. You'll notice it starts moving at the start of the video: that's because of the beep my phone makes right before it starts recording. I'm of course giving it Christmas music to move to, because I understand the true reason for the season.*


Oh, if you're wondering what the kickass song in the background is, the answer can be located here.

*Clearly, it's that Bullwinkle J. Moose died for your sins. On an unrelated note, I think I just figured out what Bullwinkle's middle initial stands for.
Erin Snyder Toy