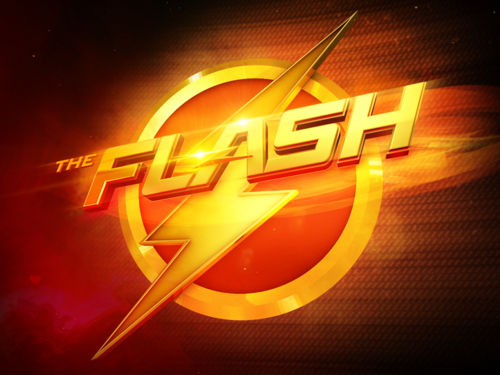 It's always nice when you queue up a show you're watching anyway to discover you've got a Christmas episode. Well, it's nice when that happens if you have a holiday-themed blog. I'm guessing it's less thrilling for the rest of you.

The Flash is, of course, a relatively new series focusing on Barry Allen, the fastest man alive. The first season has been set in the months immediately after he gains his powers. Before that, he was just a forensic detective obsessed with the traumatic death of his mother, who he saw murdered by a man in yellow lightning moving at super-human speeds.

The premise is impressive for a few reasons. Barry's background was pulled right out of the comics and involves a villain named "Reverse Flash," who traveled back in time to encounter Barry at various points in his superhero career. While I'm sure non-geeks were confused as to what the hell was going on, most fans were just shocked they were actually introducing time-travel this early in a superhero show.

All of this has been building all season, but this episode features the first face-to-face meeting between the Flash and his opposite, as well as the not-so-surprising reveal of Reverse Flash's identity to the audience.

Also, Christmas. And chestnuts roasting on a Firestorm. Well, okay, no chestnuts: but we finally got an official introduction of Firestorm, who they've been teasing all season.

The holiday elements mostly focused on character relationships, though they also tied it in tonally. The episode opened and closed with Christmas music, and there were quite a few decorative touches. Plot wise, Christmas presents functioned as catalysts. Iris West's boyfriend gave her a key to his apartment as a Christmas gift, while Barry gave her a facsimile of her mother's wedding ring. That gift set some things in motion, and Barry wound up finally confessing his feelings to Iris in a surprisingly low-key sequence considering the build up. I'm sure we'll see that play out over the next several episodes.

For a while, I wondered if we might be getting an "It's a Wonderful Life" inspired trip to an alternate timeline, but they didn't go there yet. That said, they seem to be heading in that direction: this episode hinted at something else I suspected since the beginning: that the Flash was present when his nemesis killed his mother. It's not much of a leap from that to Flashpoint.

The episode was a solid one, but the series is by far more impressive. While the show needs to evolve past its "everything supernatural came from a single origin" plot crutch, it's already succeeded in delivering more superhero tropes in nine episodes than most series ever fit in. On top of that, it provides a great deal of fun, something too often missing from live-action genre adaptations.
Action Drama Episode Erin Snyder Science Fiction Superhero