Fiction: Wings in the Night

By Erin Snyder - December 22, 2012
Welcome to day 22 of Mainlining Christmas's series titled, "25 Christmas Eves." We've got a very special Christmas Eve for you this time, boys and girls. A nice little religious piece called, "Wings in the Night." Hope you like it. 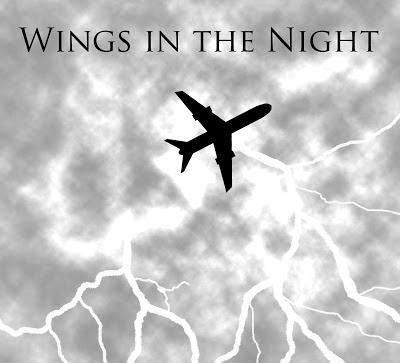 “Mr. Juliard?” the woman asked, extending a hand over his hospital bed. She was beautiful, or at the very least attractive. Exotic would be the best word: her ethnicity was difficult to pin down, even for Hugh, who’d always been good at that sort of thing. Part Spanish, part Indian, maybe?

Hugh didn’t ask, of course. He simply raised his hand. It was tiring, but mainly because the painkillers sapped his energy. “Hello. I didn’t catch your name,” he said.

“Burkwitz. Melody Burkwitz.” She smiled. “I’m not sure if you’ve heard of me.”

“I’m not offended,” she said. “I’ve done a few morning shows. My books tend to gather attention. It’s not always the sort I’d like, I’m afraid.” She cleared her throat and removed a notepad and pen from her purse. Hugh was surprised it wasn’t a tablet or at least a fancy notebook. “First of all, I’d like to thank you for agreeing to speak with me.”

Hugh looked uncomfortable. “They... they said there’d be money,” he said. It was more a confession than anything else.

“Of course. My publisher will take care of that.”

“It’s not for me,” Hugh said, apologetically. “I have a daughter. In college. No matter what happens, I want her to have it.”

“December twenty-eight,” Melody replied. She glanced at her watch. “It’s a quarter past three.”

Hugh nodded. “Is there anyone else?”

“I’m sorry. There was one other survivor at first....” Melody paused to check her notepad. “A Mr. Friedland. But he passed away yesterday. Did you lose someone on the flight?”

“I understand,” Melody said, but the look on Hugh’s face made it clear she didn’t. Melody inhaled slowly through her nose. Then she asked, “How much do you remember about Christmas Eve, Mr. Juliard? Do you remember the events leading up to the crash?”

“Yes,” he replied. “What are they saying caused it?”

“As I understand, there’s some trouble with the black box. But they’re attributing it to a lightning strike.”

Hugh snickered. “Lightning,” he said. “Is that why you wanted to talk to me?”

“To be honest, I’m not as interested in the cause of the accident as I am in what came after. I’m interested in how you survived the crash.”

Melody nodded and made a note. “Do you remember being found?”

Hugh shook his head the smallest bit and grimaced. The drugs were helping, but they didn’t take care of everything.

“When they were removing you from the wreckage, you were half-awake, and you were talking. One of the paramedics overheard you say something about an angel.” Hugh went pale at the word, but Melody continued speaking. “Angels are my specialty, Mr. Juliard. But before we continue, I’d like to clarify a few points. I am neither here to confirm a religious point view nor to discredit one. I have a masters degree in theology from Harvard and a doctorate in sociology from Yale. I’m not trying to brag, I just want you to understand that I’m not here with an agenda. I want to understand what happened, and I can offer you anonymity if that’s what you’d like. In addition, your arrangement with my publisher will stand regardless of what tell me, so please don’t think you need to lie or alter your explanation to fit any kind of existing framework. If it was just a dream, I’ll wish you the best and your check will come regardless. But if you did see or experience something extraordinary, I would genuinely like to hear about it.”

“Do you believe in them?” Hugh asked.

Melody considered this for a moment. “That’s a very good question. To be honest, it’s not my place to believe or disbelieve. My research has given me powerful evidence angels may exist, but to date it is entirely circumstantial. I’m sorry I can’t be clearer.”

Hugh bit his lip. “I’ll tell you what I saw. But... you have to understand... I never believed in them before.”

Melody jotted down another quick note. “Did an angel save your life?”

Hugh started laughing. It was a worried, troubled laugh. “Saved my life,” he said. He shut his eyes and kept them closed for a long time. When he opened them, they were red. “Saved my life? An angel killed everyone else on that plane.

“We took off in Philadelphia a little before seven at night. Supposed to get to LA around ten-thirty. Time zones, right? We were over the midwest, damned if I know where, when we hit that storm. It was bad. Black clouds all around. I mean pitch black. Then rain started beating down. Hail, snow, sleet, pounding against the window. The pilot, he came over the radio: we’re experience turbulence. Please stay in your seat. Turbulence.

“There was a woman sitting across from me, sort of diagonally. I couldn’t see her that well. I was in a window seat, but I could hear her talking to her kid, saying they were lucky, because it was snowing for Christmas. I guess that’s the kind of thing you tell kids. I don’t know if I’d have thought to say something like that. I wasn’t the best father when I had the chance.

“There was lightning. Lightning all round. But I don’t think the plane got hit. Some guy a few rows back started saying we were going to die. I heard people trying to shut him up or comfort him. I just thought he was a nut. I mean, the storm was bad, but I travel a lot. And sometimes you see weather you can’t believe. But you always get through it, right? Those planes are made to take whatever nature throws at them. But this time... that guy was right. This time, we weren’t landing.

“When we broke through the clouds, people started to applaud. It was so sudden. One minute, we’re surrounded by rain and lightning, the next the sky’s clear and silent. Then we saw him. Those of us on the left side of the plane, anyway. We saw him, and we gasped. I felt the guy beside me pushing to try and get a look, too.”

Hugh paused for a moment. He inhaled slowly and shook as he breathed out.

“Was this the angel?” Melody asked.

“Could you describe him to me?”

“He... he was a big guy, but not huge. I’d say, six foot six, maybe. He was wearing white robes. They whipped around him in the wind. He had wings, too. They were golden. Not like the metal. More like... like a hawk, I guess. He didn’t have a halo like in picture books, but it was like there was light coming from him. I could see him like it was day.

“We sat there, just in awe. I heard people crying, praying, and this one old woman just started shouting, ‘Thank you.’ I guess we all thought he’d ended the storm, that he’d saved us.

It happened so quickly. He lifted a hand and suddenly there was a sword in it. It hadn’t been there a second before: it just... appeared out of thin air. Then he lifted his head and stared at us. Then he swung the sword.

“It was fast. It... the wing of the plane... it just fell apart, and the angel just spread his wings, and we just started to tumble. Luggage was falling everywhere. There was a stewardess who was tossed around the cabin. I think I heard her neck break. Something hit me, and I woke up here.”

Melody was busy making notes. When she finished, she looked up. “I’d like to ask you just a few more questions, Mr. Juliard. Why do you believe you were spared?”

“I don’t think I was. At least not on purpose. I mean, there were kids. That girl whose mother told her it was snowing for Christmas. If you were choosing someone to save, wouldn’t you save her? I think it’s an accident I’m alive. Just random.”

“I think he wanted to kill someone,” Hugh said. “I think there was someone on that plane he wanted to die so bad it was worth killing the others, too.”

“Do you really think an angel would think like that?”

“I don’t know. I never believed in them. But I know what I saw. And, if you think about it, what if he knows something? Something about the future, about what someone will do? What if it’s something that affects thousands, or millions of people?”

“Do you believe there was someone like that on the plane?”

Melody’s tone shifted and she asked, “Mr. Juliard, what is it you do for a living?”

Melody nodded. She make another note, but her hands seemed unsteady. “Thank you, Mr. Juliard. I can honestly say I have never heard an account quite like this one, though elements of your description are more common than you might think. If it’s alright, I’d like to follow-up with you at a later date.”

“I hope we can,” Hugh replied dryly. Melody stood to leave, but Hugh added, “Wait! Wait. One more thing. My daughter... you’ll see she gets the money? If anything... happens.”

“Your doctors expect you to make a full recovery. But, I will make certain my publisher understands.”

“Thank you,” Hugh said, while she left. He lay in bed, barely listening to the doctors and nurses who came in. His eyes stayed glued on the window. And he waited.
Erin Snyder Fiction