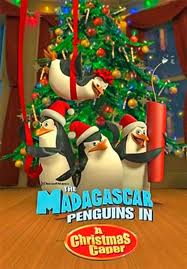 The Madagascar Penguins In A Christmas Caper (2005)
I didn’t hate this. It wasn’t amazing (and seems to have mixed up the Central Park Zoo and the Bronx Zoo) but I laughed a few times.

The dimmest little penguin decides to go out after a last minute gift for a lonely polar bear, and the others have to mobilize to rescue him from an elderly lady who’s mistaken him for a plush toy. The woman is a bit of a hideous stereotype, with her vicious yippy dog and her unrelenting grumpiness and her claustrophobic Manhattan apartment. However, I thought the action was amusing, and it wasn’t long enough to really overstay its welcome.

Your mileage may vary. Erin thought Merry Madagascar was better than this one, and I very much disagree. Either way, though, I think you can safely skip it. 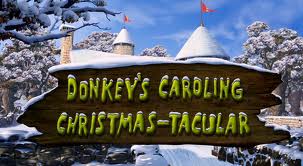 Shrek: Donkey's Caroling Christmas-tacular (2010)
Apparently this started life as a DVD extra, but has since been repackaged to round out the collection of Dreamworks specials appearing on Netflix. It’s terrible. No, seriously, it’s really pathetic. It managed to be incredibly boring in under ten minutes, which is almost impressive.

It’s just a bunch of really terrible re-writes of holiday songs being sung by the really annoying cast of the Shrek series. Bleck. Avoid scarring the part of your brain that compulsively memorizes song lyrics (or is that just me?) by shunning this short.
00's 2010 CG Comedy Fantasy Lindsay Short Sucks