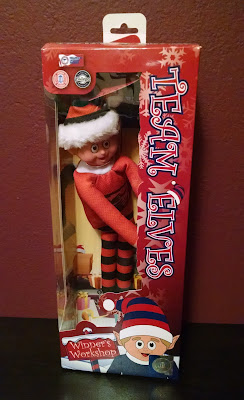 Aside from the toys themselves, the worst thing to come out of the "Elf on a Shelf" fad is the endless pile of imitations. These things have been popping up everywhere over the past few years. I kept meaning to grab one when they got ridiculously cheap, but for some reason they vanished from the shelves before dropping below 50%. And, given these start at fifteen bucks, that's not nearly enough of a discount.

We found this one while vacationing in Oregon last August. A Walgreens had him (and plenty more) at 75% off, which still seemed high. But we decided to make the $3.74 investment, so here we are.

Let's start by looking a little closer at the packaging. 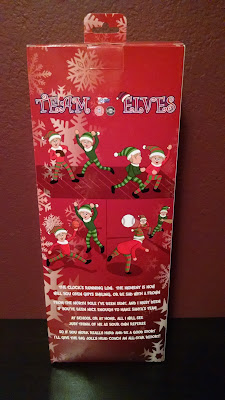 The back of the box has some artwork showing elves playing various sports, along with a crappy poem explaining the elf's purpose. It's actually a bit ambiguous - it says he's been sent to determine if you're "Nice enough to make Santa's team," but it's unclear if your "niceness" is based on morality or athletic ability.

The elf itself is twist-tied to a cardboard insert featuring more of what appears to be 90's era clip-art. 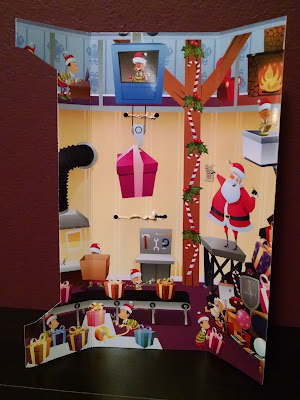 Oddly enough, I'm not seeing any additional sports references. I suppose you could keep this for some reason, but I can't imagine why anyone would bother. 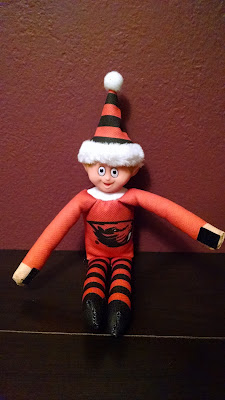 Including his pointed hat, the elf would be about 12 inches tall if he could stand, which he most definitely cannot. Aside from his plastic head, he's stuffed. The head can turn, though, and there's Velcro on his hands and feet, so you have a couple bad options for how can display him. 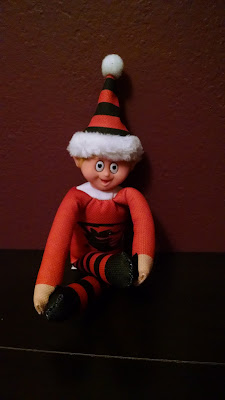 Like all elf dolls on the market, he's the stuff of nightmares, which is either a positive or a negative, depending on whether you like your kids. I find it hard to imagine anyone buying one of these and sticking it on their child's shelf, but - like I said - they seem to sell well, and not everyone is buying them to mock in a review. 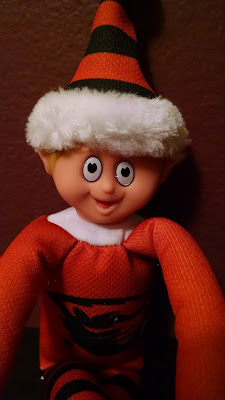 To be fair, I suspect quite a few of these are purchased as collectibles or gag gifts, though I'm not sure that's much better. Even if you care about the sports team, the quality of the toy is pretty shoddy. 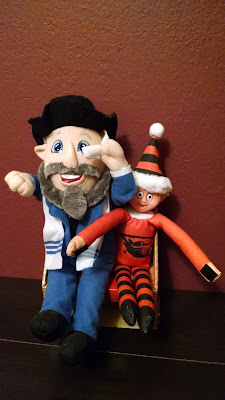