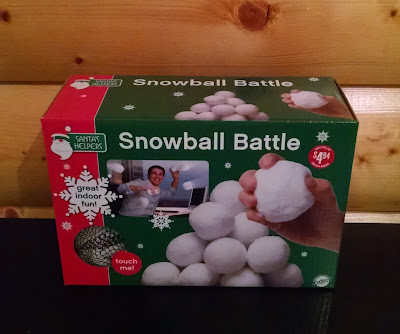 This differs in two notable ways from nearly every toy I look at. First, I actually paid full retail price for this. Second, I think it's actually worth it.

Granted, full retail doesn't mean a lot - this went for $4.94 at Walmart prior to Christmas. I'm not sure why they felt that $4.94 was the precise amount they wanted to charge, as opposed to $4.95, $4.99, or an even $5, but they seemed committed. The fact the price tag is a removable sticker is presented as a selling point, as it simplifies gifting this (and, for the little it's worth, I was able to peel off the sticker without difficulty).

The box features a "touch me" section, which was smart - more of this in a moment. I'm not too impressed with the graphics or the back, but that's hardly a deal breaker. 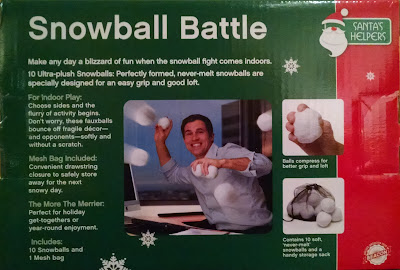 Note that the front and back photo are identical but flipped on the y-axis. Pretty lazy, guys. Pretty damned lazy.

But none of that matters, nor do the ridiculous claims and selling points. Let's look inside. 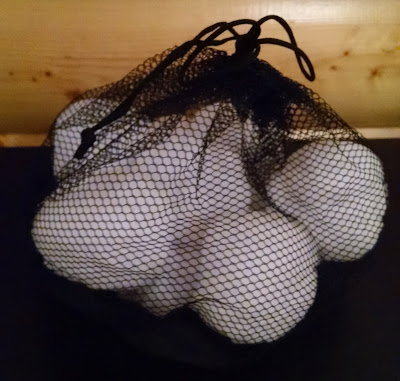 This comes with 10 fake snowballs and a mesh bag. I'm not sure the bag adds much value, but it's decent for holding the "snowballs," assuming you can find them.

Let's talk about the snowballs themselves. These are nothing fancy - they're fluffy pompoms about the size of a regulation snowball. But the material they're made of does a decent job replicating the feel of the real thing, particularly when lightly squeezed. The object offers a slight but satisfying crunch when compressed that's reminiscent of actual snow.

It won't hold its shape, which is a little disappointing, and it's not as heavy as snow. Still, at this price point, it offers a decent enough facsimile of the experience. 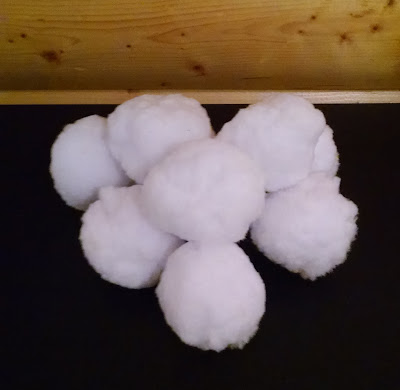 Like I said above, the box makes some claims about these bouncing harmlessly off fragile objects. To a degree, that's true - they're lightweight and fluffy - but you might be able to knock over a glass if you hit it hard enough. That said, I'd rather be around a five year-old hurling these than just about anything else out there. And it's hard to imagine them doing any real damage in an office environment, which seems to be what they're marketed for.

One caveat - these do have one additional feature in common with actual snowballs. Sadly, it's that they pick up dust and dirt constantly.

Out of curiosity, I dropped a couple of these into the fridge and freezer to see if that made them any more realistic, but they just seemed to lose their crunch as they got cold. Oh, well - not all experiments yield the results we hoped for. Regardless, these strike me as a pretty solid deal. At about five bucks for the pack, you're only paying fifty cents per snowball. That's more reasonable than a lot of the crap out there.
Erin Snyder Toy