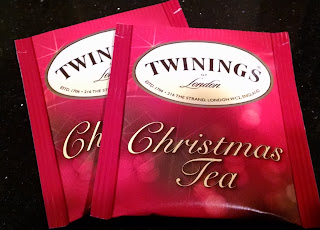 With the cold weather comes an uptick in tea-drinking, at least for me. The third or fourth time I saw a display with these Twinings holiday varieties, I decided we should try them. 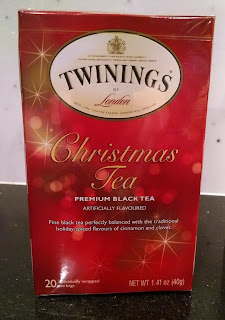 This is described as a spiced black tea. Unfortunately, it mostly just tastes of black tea, although it smells of cloves and cinnamon. It also seems to smell faintly of citrus, but that might just be a mental association with cloves. 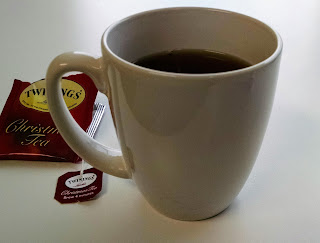 It’s not bad for black tea with a slightly spicy aftertaste, but if I wanted something that mostly tasted of black tea I’d just buy black tea. 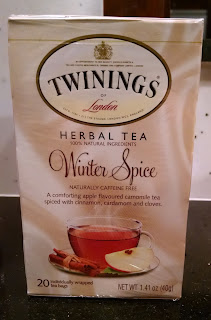 I love herbal teas, and I love apple-flavored tea, so this should have been a slam dunk. 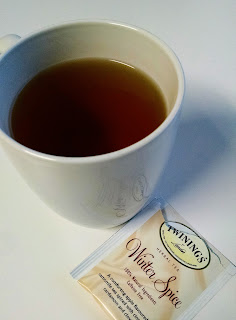 It smelled nicely of apples while it steeped, but once done, it only smelled faintly of apple and something floral. The taste is too mild for me, at least when steeped for only the recommended time.

I don’t mind chamomile, but the chamomile overwhelmed the apple and spice notes.


These are both okay teas, but they are not nearly as Christmassy as the packaging would have you believe.


(Incidentally, if you are in a mall with a Teavana, see whether the staff are handing out samples of their white chocolate peppermint tea. That stuff was insane. Too expensive to buy, but an awesome pick-me-up for a beleaguered shopper.)