How I Met Your Mother Christmas Episodes (Part Two) 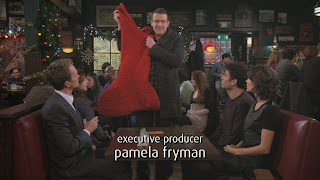 Symphony of Illumination (2011)
Theres a nice punchline on the cold opening on this one and some pretty okay jokes about Christmas music. Unfortunately, the episode drags badly in the middle and the B plot is awful. Many of the characters drifted into over-caricaturization here, it was jarring and boring. The end of Robin’s plot has a really nice dark tone though. 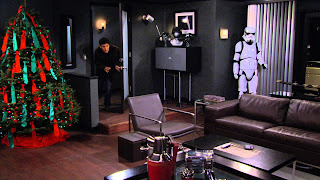 The Over-Correction (2012)
There are three, count them three, episodes set at Christmas that ran back-to-back-to-back in 2012. Unfortunately, our early thought on this episode was: ‘Hey, we found where the show jumped the shark,’ There’s a lot of bad randomness in the early parts of this episode. (WHY IS COBIE SMULDERS CRAZY NOW? Also, the lack of coherency in the emotional arcs isn’t just me with no context: AVClub gave this one a C+.) Finally the plot of the episode comes together and it builds for a while into some honest laughs. Christmas ornaments featured heavily in the best running gag of the episode.

By the end of the episode we weren’t as ready to give up on the series as a whole as we had been a few minutes in, but there were enough cringe-worthy moments and uncomfortable awkwardness that I went into the next episodes hesitantly. 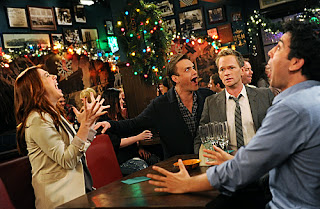 The Final Page (Two-parter!) (2012)
Huh. I am somewhat impressed. There wasn’t NEARLY enough Christmas in these two episodes, but the writers managed to pull out of a potential characterization nosedive. Everyone but Robin is handled much MUCH better here, and it’s not her fault the writers stuck her with the suck part of the plot. Part one features Seth Green in a hilarious cameo, and a great non-speaking gag. Part two features awkward subplots that feel like catastrophe waiting to happen. There’s a long emotional scene that almost works, which is to the credit of the actors, because it doesn’t make any sense for them to do X, except that they needed to do X for the next part of the plot. It’s pulled together in the end by the charm of NPH, without whom that whole plotline would have crashed and burned.

Whew. I could have used more Christmas in those later episodes, although overall it was pretty good in the end. It’s still not something I’m going to seek out specifically, though.
2011 2012 Comedy Episode Lindsay