How I Met Your Mother Christmas Episodes (Part One)

By Lindsay - December 17, 2013
How I Met Your Mother is one of those shows that I’ve seen a few minutes of here and there, and I know it’s decent, and I know people who really enjoy it. It seems like exactly the kind of show that I would watch if it were on, but I wouldn’t seek it out.

You know the show I mean, you turn on the TV and flip around, and say “Hey, it’s How I Met Your Mother/The Simpsons/Seinfeld/Scrubs/Good Eats/NewsRadio That’s usually okay, let’s watch the rest of that.” The problem with that is I never turn on ‘actual’ TV these days unless I know exactly what show I’m tuning in for, so shows that I would watch haphazardly like that aren’t shows I end up seeing at all.

I really enjoyed the chance to get a sampling from across the seasons by watching just the Christmas episodes. Sure, I’m missing some running gags, but I’m also getting a crash course in how the show changed over time. 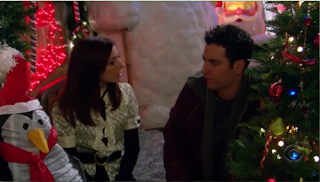 How I Met Your Mother: How Lily Stole Christmas (2006)
This is almost really great. The big (BIG) problem for me is the laugh track. It’s downright oppressive, and makes me not want to find anything funny. This episode does manage to end up being funny, though, particularly due to the cuteness of Alyson Hannigan and the central gimmick of the episode, which involves a very bad word. The conceit of the show (that the whole thing is being told after the fact by the main character as a story to his kids) allows for some fascinating ways to tell really dirty jokes on prime time tv by letting you infer the operative words. It’s an episode that’s funnier depending on what you assume they’re not saying. 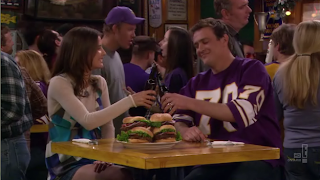 Little Minnesota (2008)
Okay, this plot, about NPH’s character maybe trying to seduce the main character’s little sis? This is funny. The laugh track has already been pulled back by this season. It’s still present, but much less obvious and annoying. There’s not a ton of Christmas here beyond the backgrounds, but it’s a fun episode. Oh, I almost forgot, the B-plot was really good, too, and closes with a great sight gag. 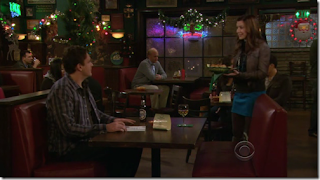 The Window (2009)
Christmas is mostly set dressing here, and I found the humor a little too awkward. The premise started pretty strong, but despite the cast’s best efforts, this one fell flat for me. It’s trying too hard to be sweet and poignant. It comes closer than most sitcoms dream, but is still trying too hard. 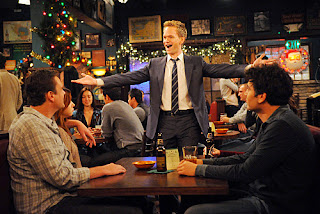 False Positive (2010)
This is my favorite episode of this show so far. Marshall and Lily briefly think that they’re pregnant, and all the characters react. The split to focus on different characters, the constant flashing back and forth in time: from my limited understanding, now we’re getting to see how clever and inventive this show became as it embraced the potential in its premise. Plus it is just plain entertaining television.