Book Review: The Knights of Christmas 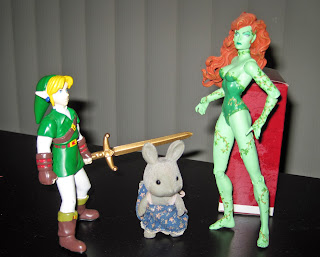 Yup, it’s officially a theme. MORE SHORT STORIES. These ones are a little more like novellas, though. 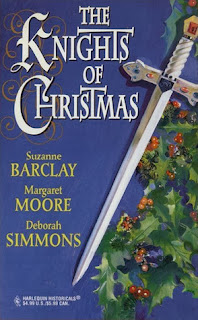 This is a Harlequin Historical compilation, three short works set at Christmas. I thought it might be a somewhat entertaining read: a bit of fluffy medieval holiday romance. Well, I was right, sort of, in that it was fluffy (in a shallow way) and medieval (in its uneasy gender roles).

The first story, Kara’s Gift, was the one I actually liked. It has in common with its sibling stories awkward and somewhat off-putting description in the sex scenes, but the characters are at least likable, the story super-cliche but amusing. Duncan is a landless knight, back from the crusades with enough treasure to wed his childhood sweetheart, but instead he’s swept up in a Scottish clan-war and a wild-hearted pagan lass. It’s actually kind of sweet by the end, and the romance is whirlwind but the passion plausible.

Here’s the first problem with the other two stories: they have the same plot, more or less. The Twelfth Day of Christmas is about a young noble couple who have until the end of the Epiphany celebrations to figure out whether or not they want to marry. The lady challenges the gentleman to convince her to love him. A Wish for Noel is about a world-weary knight who comes home to find his neighbor’s daughter is obsessed with him, and he gives her until the end of Epiphany to clear out, which she takes as a challenge to make him love her.

Second problem: they both have couples that make my skin crawl, although they feel like standard romance fare. In the first, Giselle wants to get out of an arranged marriage because she’s convinced that having a husband is like an imprisonment. Sir Myles Buxton, her suitor, is pompous and self-absorbed, but apparently capable of the occasional romantic gesture, and revealed to be ‘sensitive’ by the end. The story starts out alright with misunderstandings and trickery and banter, but it bogs down in overly flowery descriptions of how twitterpated Giselle becomes, and the whole resolution of the plot made me grimace. In the second story, Noel is convinced that she can make her PTSD’d man all better with her (young, magical, virginal) love. Of course, because this is Harlequin, Giselle is wrong about the dangers of marriage, marriage is hearts and flowers and happiness and she was being foolish, and of course Noel can cause her knight to embrace life again with only a few well placed kisses and holiday games. Ugh.

Third problem: they both feel like stories that might have made at least some sense if they were set in the Regency period, but they are completely odd set in medieval Europe. Both authors, by their blurbs, also write Regencies, and Margaret Moore in particular seemed ill at ease writing about medieval life or celebrations.

All three stories are followed by a short blurb/ad for the author’s next book. Needless to say, I am not on the lookout for any of them.