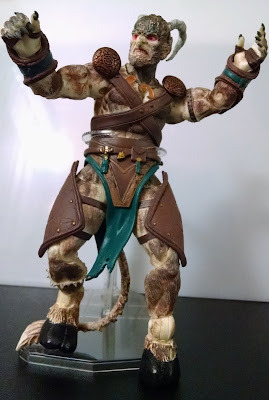 If you're reading Mainlining Christmas, you likely knew who Krampus was even before he played a major role in a pair of surprisingly great horror movies last year.

I'd love to see decent collectibles from one or both of those movies, but no one's stepped up to produce action figures to date. So I decided to try making my own. 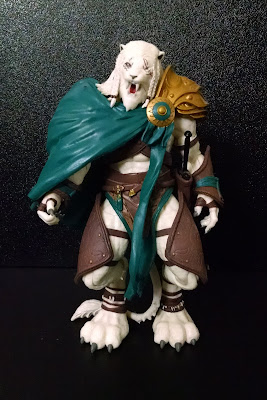 This is a Funko Magic: The Gathering Ajani Goldmane action figure. I picked this up about a year ago when it was on clearance (I want to say I spent six or seven bucks on him, but I really don't remember). I loved the sculpt on the body, but I thought the head was awful. Still, I bought him on a whim, in the off chance I'd think of something to do with him. I'm glad I did - there aren't a lot of action figures out there with triple-jointed legs. 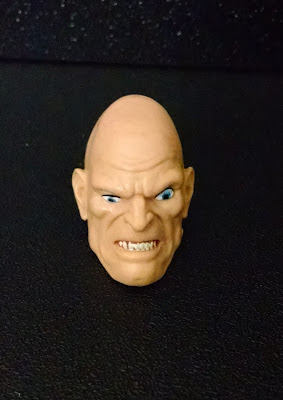 And this head belongs to a build-a-figure Absorbing Man from Hasbro's Marvel Legends line. It's actually one of two heads I have for this character - the other is the one I'd want to use if I ever finish collecting the pieces anyway.

The body required very little work to get it where I wanted it - I just popped off the lion-paws and sculpted on hooves. Other than that, the cape and head had to go, but the rest was fine as is. 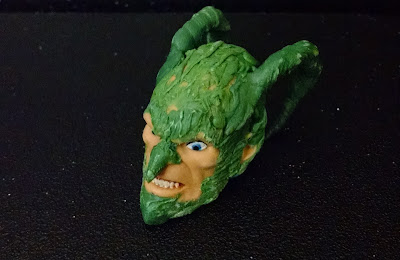 Not surprisingly, the head took more work. I sculpted the horns over wire, so they'd hold their shape long enough to dry. Then, I extended the nose and ears and added hair, eyebrows, a goatee, and sideburns.

While I was at it, I sculpted a host of accessories, including switches, icicles, and detachable tongues (more on them in a moment). I also made a whip: 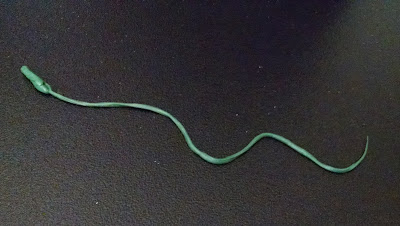 Then it was time to paint. Here's what it looked like when finished: 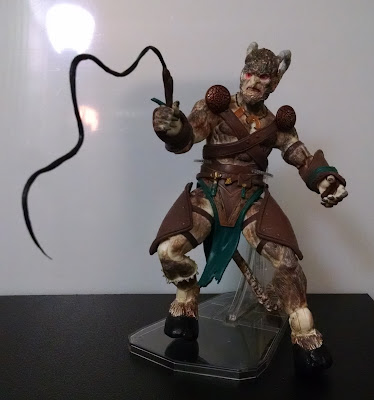 Those round clasps on his shoulders are buttons I picked up at Jo-Ann Fabrics, by the way. Eventually, I'm hoping to give him a fur cape as well. Other than that, I left the leathery armor as it was - I think it works fine for the character. 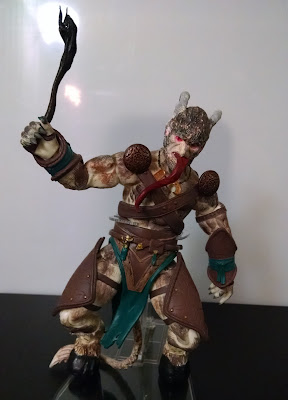 I made and sculpted four tongues, only one of which wound up working. But, honestly, that's one more than I really expected. Plus, it's the coolest of the bunch, so no complaints. 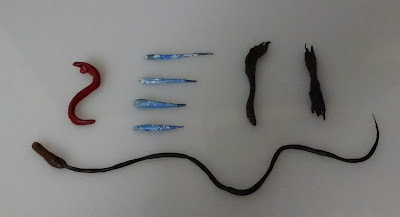 The tongue is held in place by a peg which rests on Krampus's chin. Gravity does the rest, and it stays on pretty well.

The whip works great, as do the icicles. I'm having some issues getting the switches to fit in his right hand - his grip is tight, and I'm hesitant to force it and risk damaging the paint. 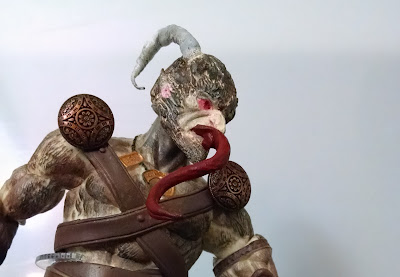 I did pick up one other accessory. While I was buying those buttons, I came across a miniature lantern at Jo-Ann. I think it's intended for memory books or something, but it's scaled perfectly for six-inch action figures. 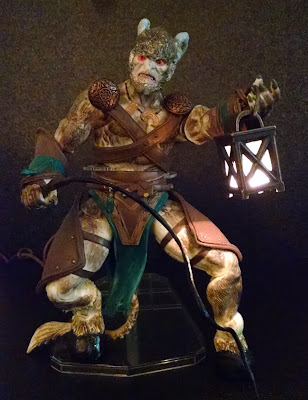 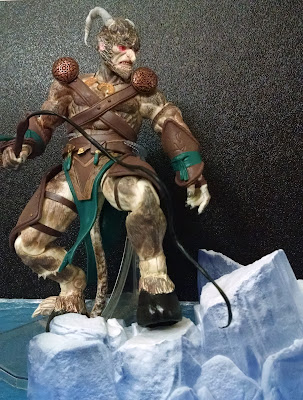 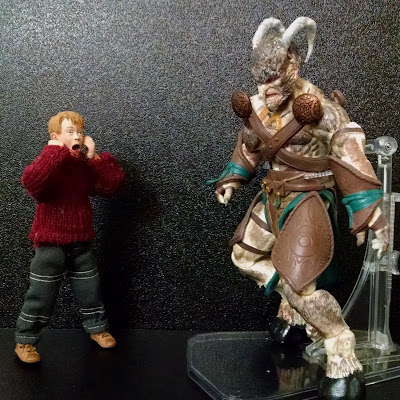 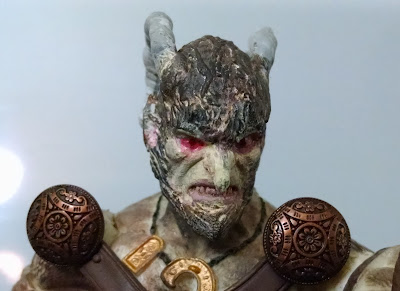 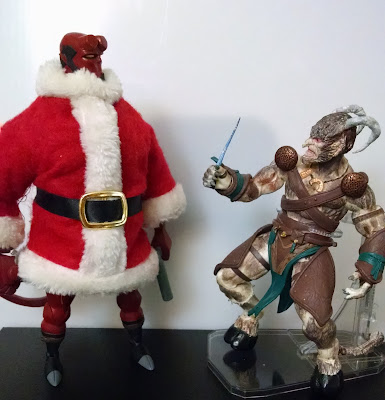 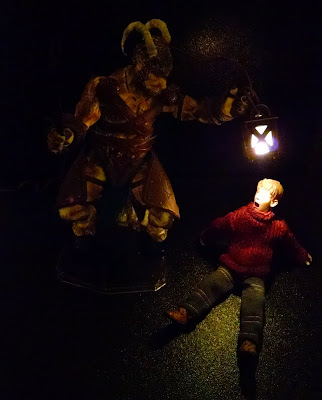