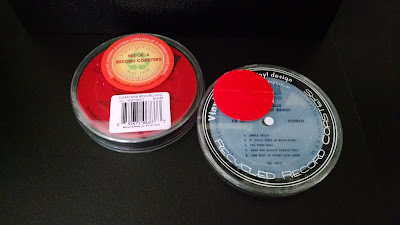 Every now and then, Barnes & Noble will try to unload their old crap by marking it down by 50%. When that doesn't work, they push it to 75%, and when that fails, they let everything go for $2, regardless of its original price.

I'll let you take one guess where these were in that life cycle when we picked them up. 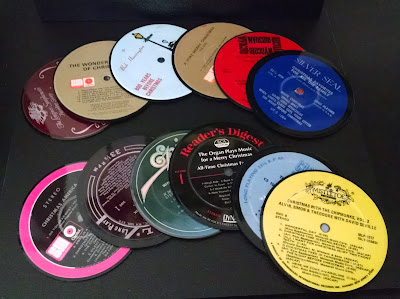 The concept here isn't bad - these are recycled records which have been cut down and laminated, so they'll function as coasters. They're a decent enough size, so it makes a degree of sense, though I imagine guests will be hesitant to set their drinks down on what really look like CD's at a glance.

Each pack contains six coasters. Oddly enough, these weren't marketed as Christmas-themed. I just noticed the visible covers on both packs were holiday music, and took it on faith the others would be, as well. I was in luck - all twelve were festive. There's even the remains of a Chipmunks album in the mix. 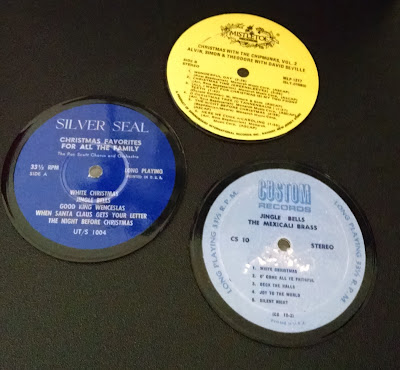 As far as novelty coasters go, these certainly aren't in the top tier. But then again, even at full retail ($14.95), they're not all that expensive. Personally, I wouldn't have paid more than $2 a pack, but at that price, I'll keep these around for parties. 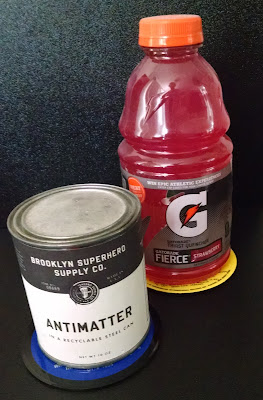