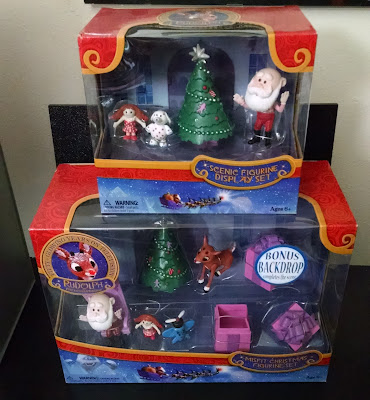 One of Christmas's most hallowed traditions is the post-holiday culling of the clearance aisle, when countless toys' and decorations' prices are slashed to absurdly low levels, and bottom-feeders like us swoop in to gather samples of the year's yuletide nature.

This is certainly not the first time Rudolph figures from Forever Fun have wound up on our list. Way back in 2011, I reviewed their massive display, Santa's Musical Sleigh. And, prior to the creation of Mainlining Christmas, I picked up and reviewed Reindeer Games Rudolph (which is probably the best Rudolph action figure I've come across) at The Clearance Bin.

I'm still a little unclear what "Forever Fun" is. They have very little online presence - it looks like they're a subsidiary of something called "Round 2 LLC," but I'm not seeing a lot of info about them, either. I guess they're a model kit company in Indiana which tosses out Christmas toys every December.

I found a couple figurine sets marked way down last year and picked them up. If I'm remembering right, these started out pretty close in price, despite the size difference. I wish I'd kept better notes - I want to say they were between $16 and $20 originally, though I could be off in either direction.

I paid a couple bucks for the small one and maybe four or five for the large (again, apologies for not keeping better notes). 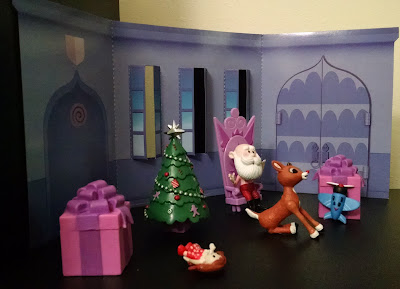 The larger pack, titled "Misfit Christmas," comes with Santa in his throne, Rudolph, the doll, an airplane, a Christmas tree, and a pair of toy gifts with removable lids. In addition, the package advertises a "bonus backdrop" in the form of a fold-out cardboard diorama. It's nothing special, but I will admit the backdrop is better than I'd expected. I'll admit I like the effect created by the fold-out windows. That said, they missed an opportunity to print these two-sided. Why not make this reversible and show the outside? 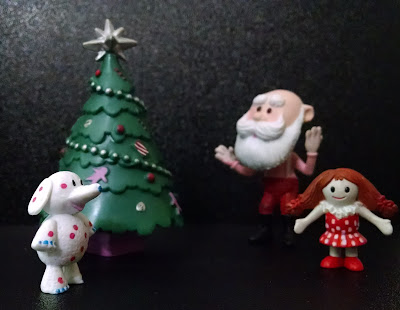 The smaller pack is called "Santa's Christmas," and it's mostly reuse. The tree and doll make a comeback, and Santa appears to be the same sculpt, only without his chair. The one new addition is the spotted elephant. 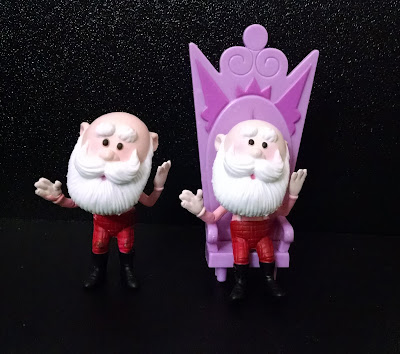 It's actually fairly impressive that they got a pose for Santa that works this well on or off of his throne. Keep in mind, the seated Santa isn't removable - he's fixed in place. I guess I can't fault them for the cost-saving measure. It doesn't really impact either's value - it's not like you'd want to display them together, anyway, so it makes no difference they're striking the same pose.

And, just in case there was any confusion, all these poses are permanent. These are figurines, not action figures: there's zero articulation here. 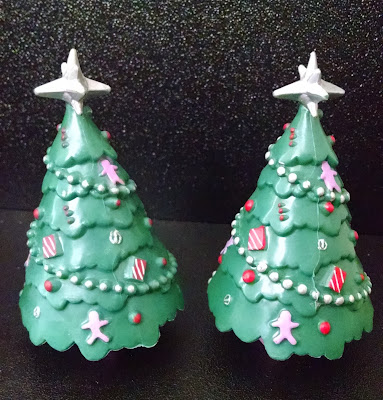 The Christmas trees might be the most interesting (and versatile) parts of the set. The sculpts are identical, though the one in the Misfit Christmas set (that'd be the one on the right in the picture above) has brighter, more detailed paint ops. 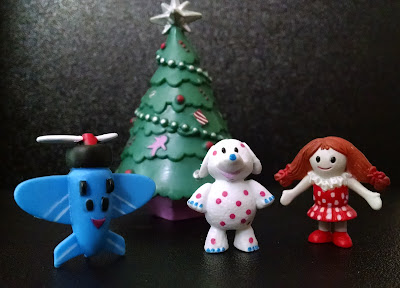 The misfit toys come out pretty well, too. They're simple designs and look more like accessories than figurines, but they all stand upright, even the plane. 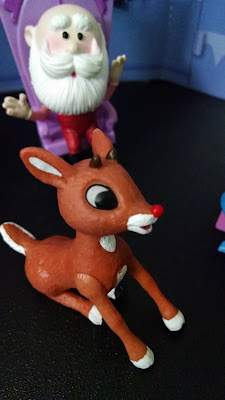 The sculpt and paint work on Rudolph are decent, if unremarkable. It's a fine figure for a low-rent display.

Lastly, the gifts are fun and have quite a lot of potential use for toy collectors. 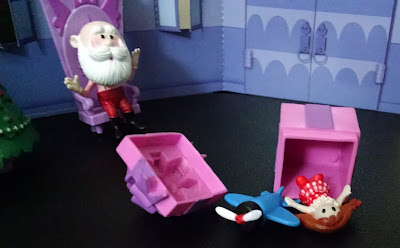 The main thing that confuses me about sets like this is who they're made for. These are fairly low-end, as far as figurine sets go. They're a fun addition to a collection, but they're nothing a collector would get excited over. To be fair, that's how they're priced, though I'd hesitate to spend anything more than 25% of suggested retail on them.

Likewise, these really aren't optimized for kids. The boxes specify they're fine for ages 6 and up, but that's already pushing the upper edge of interest in this cartoon (at least for a while). More than that, the lack of articulation makes them less than ideal playthings.

Still, they're fun display pieces, and I can always use a few more options for my nerdtivities and the like. I'm glad I grabbed them, though I'm even gladder I didn't pay more than a fraction of their starting price. 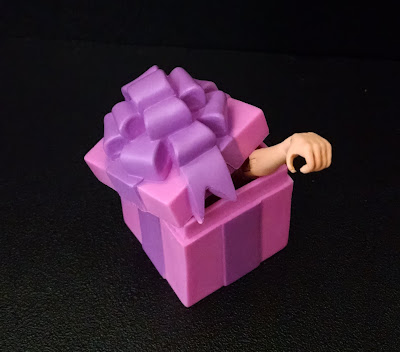