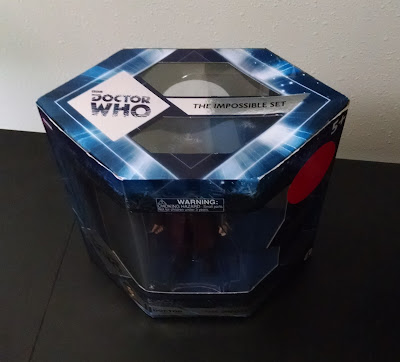 Today, I'm looking at a set of action figures that is 50% Christmas, which is a much cleaner, easily identified break than usual. Specifically, I'm looking at a 2-pack of five-inch figures, The Impossible Set, where the Doctor's appearance is based on the Christmas episode, The Snowmen, while Clara is based on her surprise appearance in an earlier, non-Christmas episode, The Asylum of the Daleks. 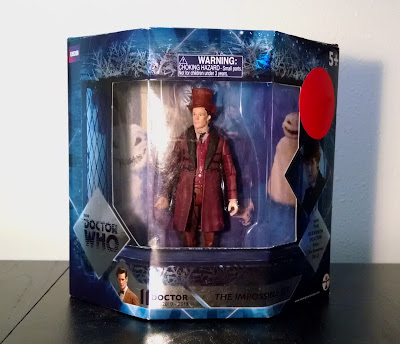 It's kind of an odd pairing, honestly. Clara dies in both episodes due to temporal shenanigans that wouldn't be explained until later (and even then, barely). In The Snowmen, The Doctor pieces all this together and goes off in search of another incarnation of Clara. 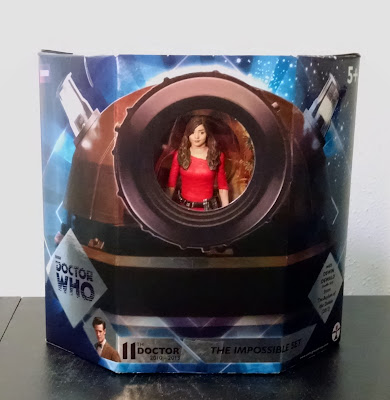 From a conceptual standpoint, it would have been preferable to get a Doctor/Victorian Clara, as opposed to the version from the distant future who'd been turned into a Dalek (I'm not even going to try and explain all this). Clara had a distinct look in The Snowmen, and I expect most collectors would prefer having two character designs from the same episode rather than something playing up a gimmicky plot hook. 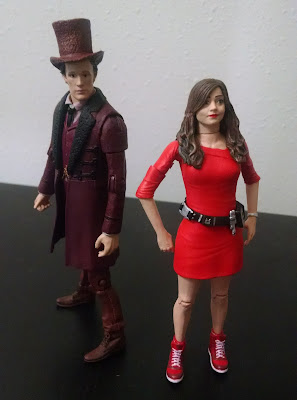 But enough about trivial details that don't matter; let's get to the trivial details that do. The figures are in a five-inch scale, which is ideal if you're a time-traveler who's visiting a decade where that was still popular (say, the 1990's). If you're hanging out anytime after 2000, you'd probably prefer something in a six-inch scale, which has long been the industry standard. 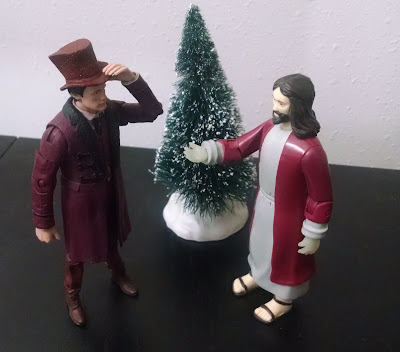 That's more than a little obnoxious, since it limits their display value alongside other lines. Being able to have The Doctor hang out with Malcolm Reynolds, Luke Skywalker, and Batman is half the fun of collecting these things. I appreciate that the Doctor Who figures have a long history appearing in this scale, but it seems like it would be a good time to relaunch, or even better, for a new company to pick up the license. 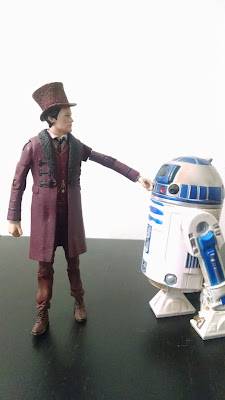 I'm actually a little unclear who made these: the packaging contains the names for two companies: Character Options and Underground Toys. My initial guess was that Underground Toys designed them while Character Options manufactured them, but that doesn't seem to be the case. Regardless, neither are companies I'm all that familiar with. Maybe someday NECA or Diamond will grab the licence and do the series justice.

In the meantime, these aren't awful. The sculpts are actually quite good at the price point, and the articulation is passable. Actually, the articulation on the Doctor is quite impressive, while Clara is much more limited. Both have swivel-hinged hips and shoulders; cuts on the upper legs, arms, and neck (though Clara's head is pretty much locked in place due to her hair), and pin-joints on the elbows and knees. The doctor also has a cut joint on his waist and wrists. Clara does have cut ankles, as well, which the Doctor's missing. 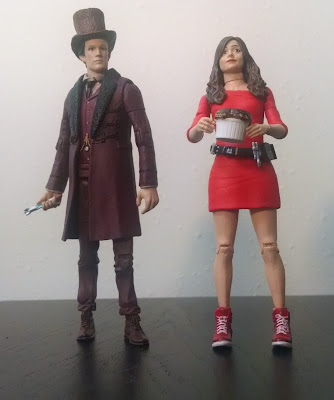 The paint isn't quite on par with the sculpt, unfortunately. Both have some sloppy lines around their hair, and Clara has some marks on her face.

The outfits are well made, though, especially for the Doctor. These are of course sculpted on, but they've done so using layers of softer plastic to approximate the appearance of fabric. The clothes, unlike Clara's hair, bends easily, allowing you to pose the figures.

They each come with one accessory: the Doctor has his sonic screwdriver, while Clara has a burnt souffle. The screwdriver was pretty much required, but the souffle is admittedly a nice touch.

The retail price on the set was $34.95, which is way too much to pay for a two-pack of decent but unexceptional five-inch figures. I got a better deal: they were marked 75% off in a clearance bin at Barnes & Noble, so I paid closer to nine bucks. That still didn't feel like a steal to me, which says a lot about the retail price on these. 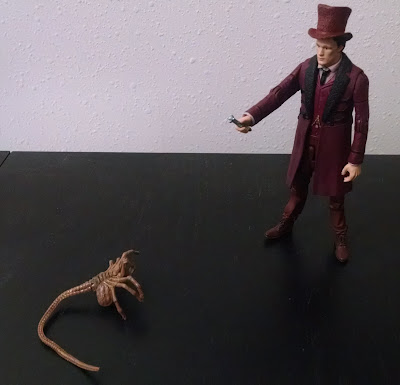 All that said, the Doctor's a decent figure. The Victorian outfit does a decent job establishing which episode he's from. Hell, that top hat practically screams "Christmas" (I doubt it's a coincidence he donned it for an episode about evil snowmen). Plus, it helps obfuscate his scale and let him fit in with some smaller figures in a six inch scale.

I'll take their word that Clara's outfit matches her appearance in Asylum of the Daleks - it's fairly generic looking to me. I like the tool belt well enough, but it's a pretty dull figure overall. Again, I really wish they'd just given us the Clara from The Snowmen instead. 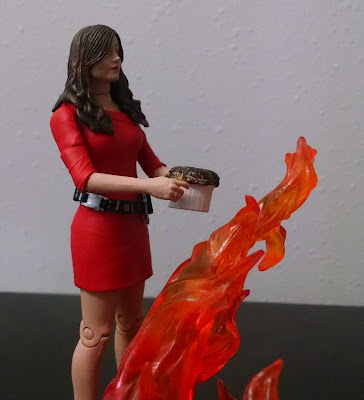