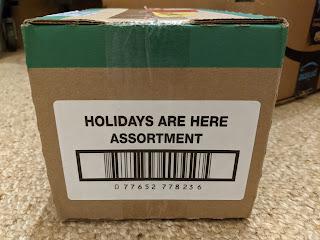 As soon as the weather started to get wet and cold around here, I started thinking more about tea. On a whim, I picked up a six-flavor assortment from Stash Tea Company called "Holidays Are Here."

The six flavors include two caffeinated black tea blends and four decaf herbal teas. This is this year's selection, although it seems that the company has offered slightly different combinations of flavors in other years. 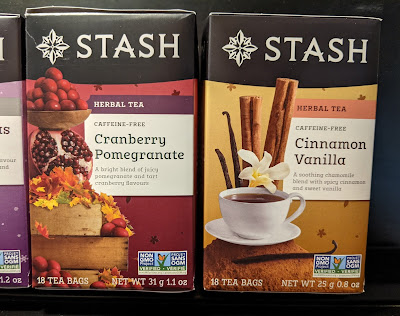 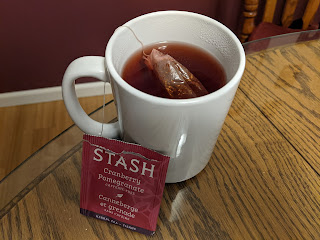 This has a nice fruity smell, similar to other berry teas I've had. It was a bit more tart than I expected from the smell, but it grew on me. I did find the flavor a little thin alone, but a touch of honey balanced it nicely. 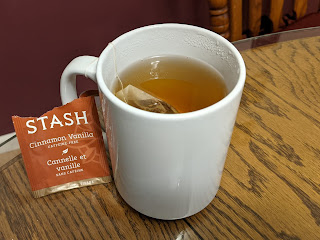 The tea bag smelled strongly of cinnamon, although mostly I tasted the rooibos tea base. Happily, I like rooibos. It is a nice blend with a mildly spiced aftertaste, although definitely not much vanilla at first. The flavors deepened as the tea cooled, which I found to be the case with most flavors. 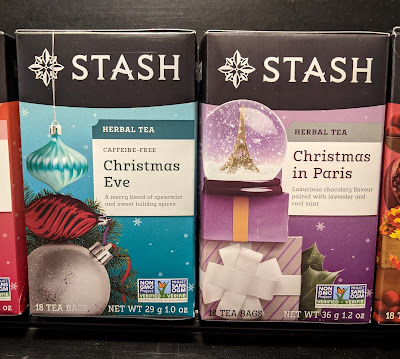 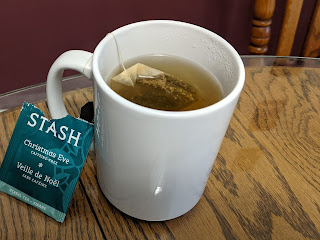 The combination of mint and spice smell from both tea bag and tea was odd. The spearmint taste ended up a bit grassy, actually. Not terrible - I do drink mint green tea by choice - but the smell and taste were a slight mismatch for me at first. However, as it cooled a bit, I started to enjoy it more and got more of a blend of all the flavors. 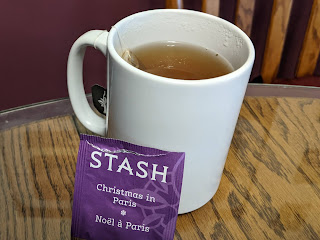 The description promises chocolate and lavender, and the tea bag smells strongly of both, making it vaguely reminiscent of chocolate-scented lotion or something. The tea is yummy, though! There's still a slight floral scent that I find odd, but the taste is both sweet and has a nice minty earthiness. 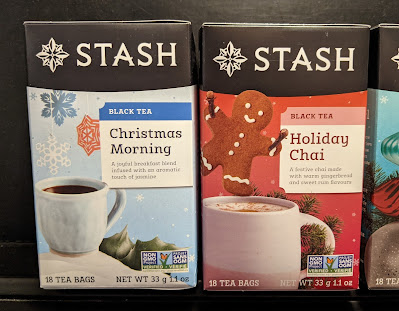 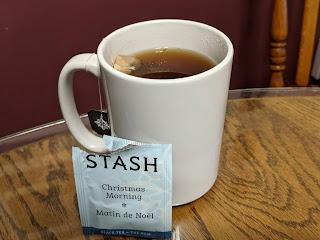 This one is...tea, mostly black tea with some green. I assume if you're reading this, you know if you like tea. This one isn't a winner for me, partially because I like black tea mild with milk and green tea without milk. Either way I tried this, it was a bit bitter for my taste. 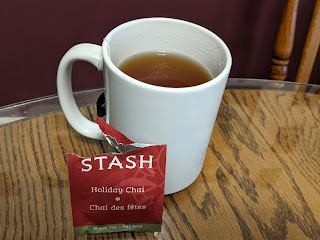 The tea bag smells strongly of gingerbread spices and not what I think of as chai. The clove was the strongest smell when first brewed, but it just tasted like black tea with maybe a little spice when first hot. The box suggested milk and sugar (which is how I prefer black tea), and that addition did bring out the spices and taste nicely reminiscent of gingerbread.

Overall, I'm excited to be integrating these into my holiday routines.