By Lindsay - December 06, 2011
Even though the stated policy wasn't "no photos", but rather "No Flash Photography", and plenty of people even ignored that, I only took a small handful of pictures at The Radio City Christmas Spectacular. Just enough to give you a taste.

In the lobby, when we came in, we were greeted by this:


Here's the stage from our seats in the mezzanine: 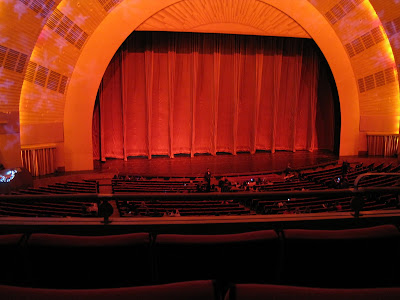 And here I'm looking sideways across the mezzanine itself: 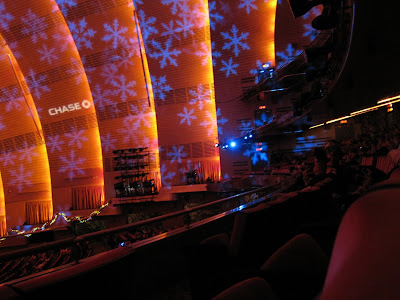 I took a few shots of one of the numbers I loved most: Christmas in NYC 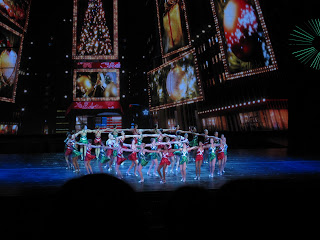 The Multiple Santa number was cute, but very odd: 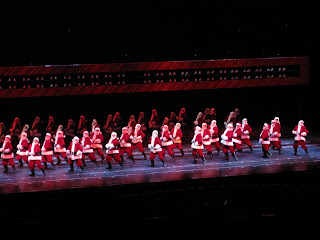 and the Living Nativity was damn impressive. I mean, look: 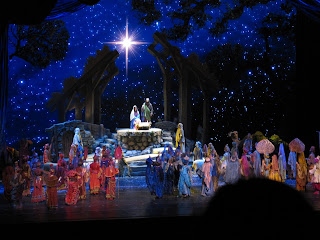 Cool, right? Lots of people and bright costumes coordinated together, and there are live camels. I mean, not as cool as any number starring the Rockettes, but impressive.