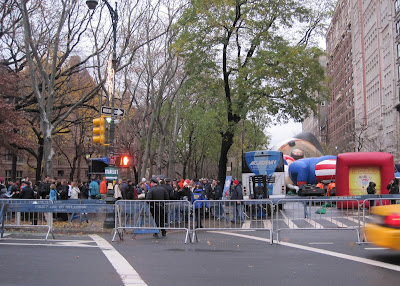 This year we went the day before Thanksgiving to see the Parade Balloons being inflated. It's free to go, but you have to enter at a particular place and deal with huge crowds.

The first few balloons we saw: 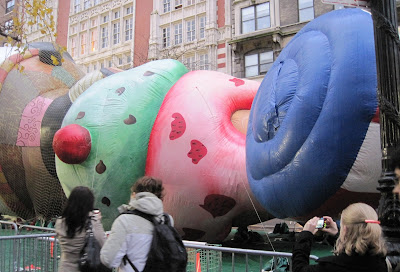 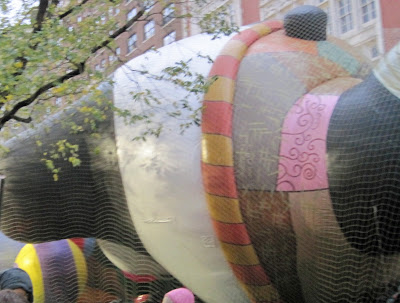 I liked seeing how many sandbags it took to stabilize the balloons: 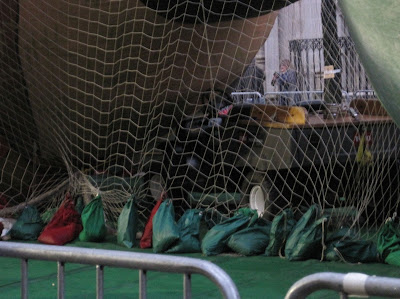 Here's a look up the street: 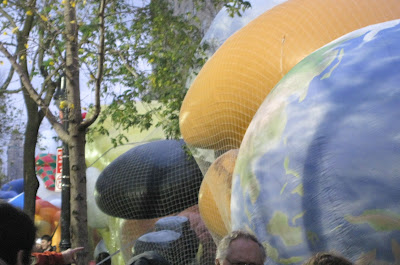 Here's the head of the Kung Fu Panda balloon, and a small vehicle for size comparison: 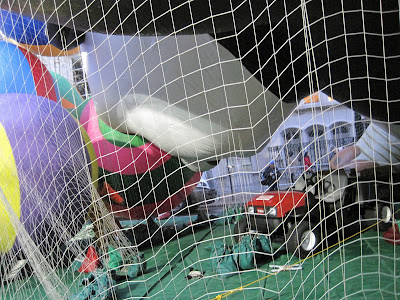 A bunch of smaller round balloons: 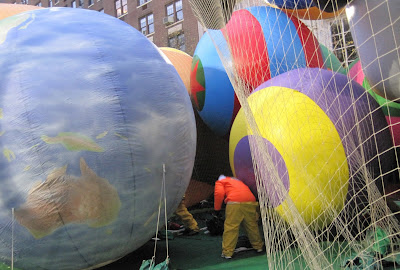 Here some workers are securing SpongeBob Squarepants. I did notice that his arm was oddly bent by the straps, and still kind of bent the next day: 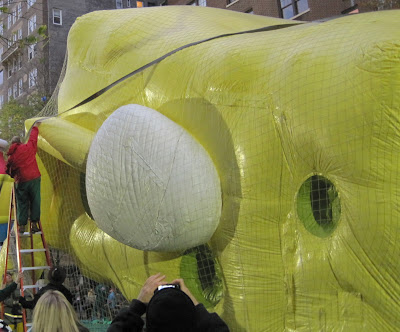 The sidewalks the crowd walked on surround the Natural History Museum. There were big floodlights set up so that the balloons could be easily seen. 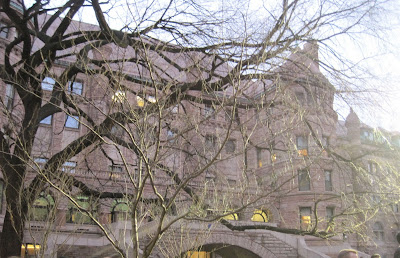 Kool-Aid Man was being moved to a new position as we walked by, at first we thought he was deflating. 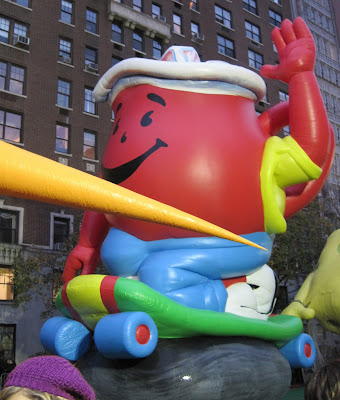 Erin took this picture of a balloon dog's butt. 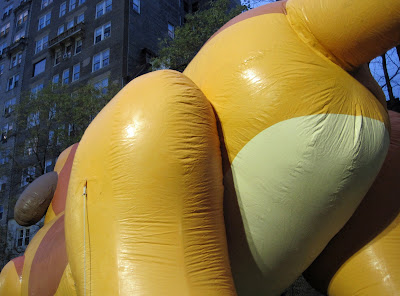 All the balloons have spots where their tie-downs are secured 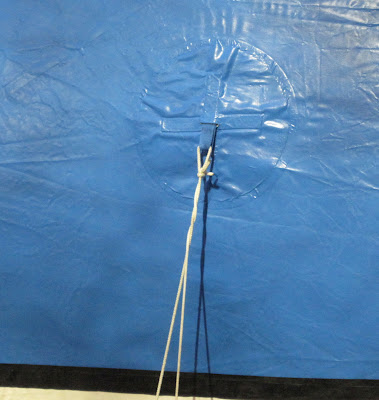 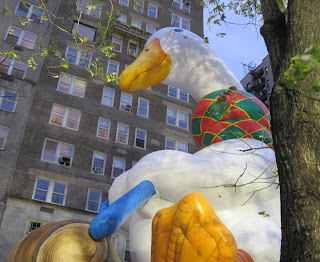 That pile that looks like a dying plastic jellyfish is actually Buzz Lightyear, in the process of inflating. 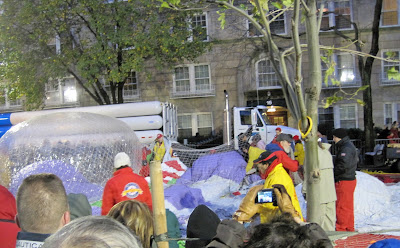 Sonic was a great looking balloon, I may have taken a few shots: 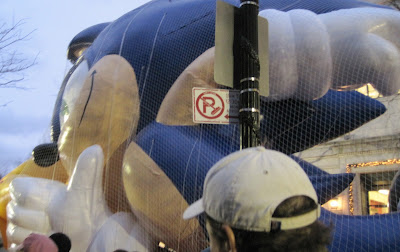 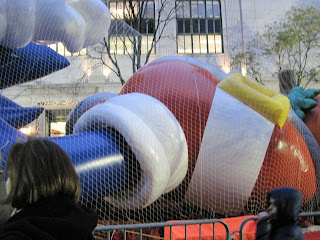 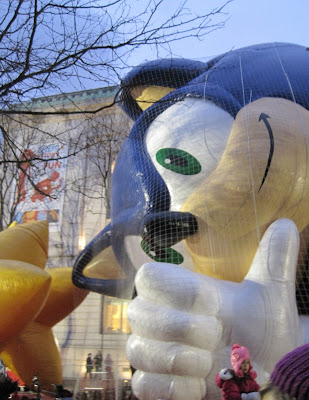 As we rounded the corner, there was a line of news vans waiting like vultures. 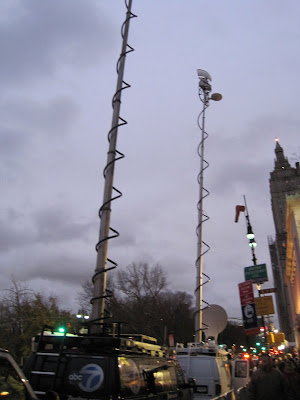 The view over the crowd as we approached the second line of balloons: 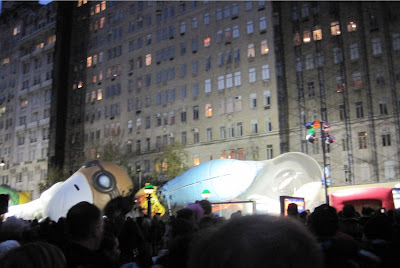 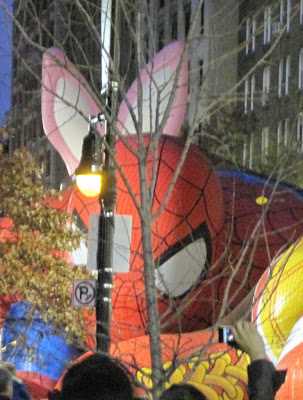 The Snoopy balloon is getting a little worse for wear, (click to enlarge): 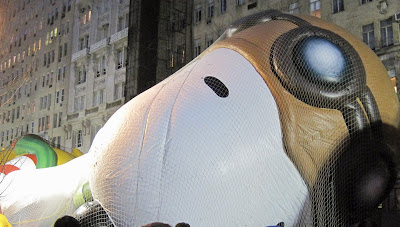 Better picture of Spiderman. The crowd got really thick here: 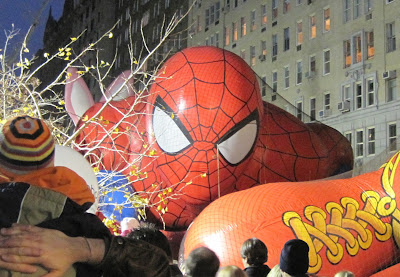 Pikachu was in progress: 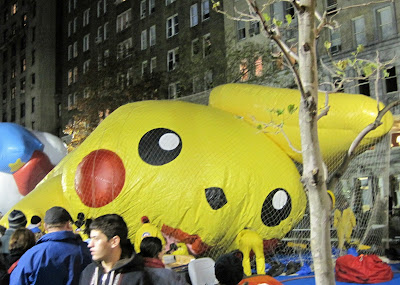 Workers propping up a half-inflated Pokemon: 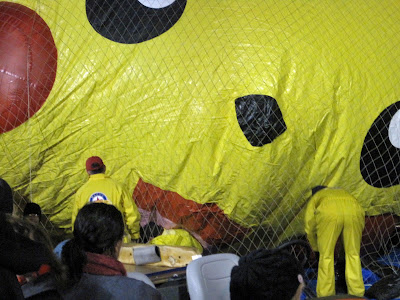 A giant smurf was trapped: 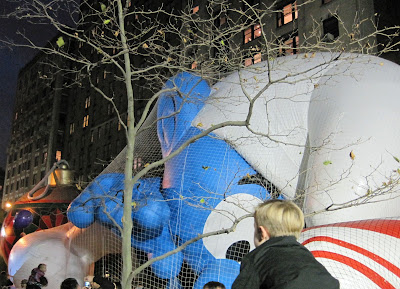 The last big balloon was Kermit: 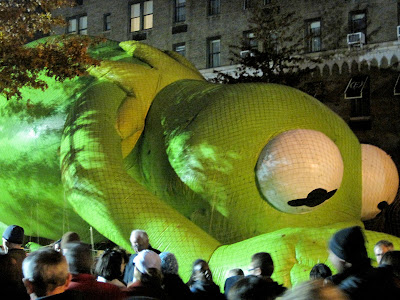