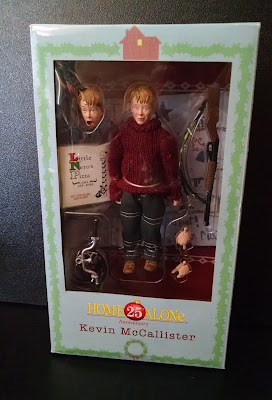 I picked up the Harry Lime figure from this line last February on clearance, assuming I'd find Kevin cheep if I waited long enough. So I waited. And waited. And waited, as the figures began disappearing from store shelves.

I don't like Home Alone, but I feel like there's something seriously wrong with the world if Mainlining Christmas lacks a review of this action figure. Plus, I figure I'll be using it in Nerdtivities and the like for decades to come. So... investment? 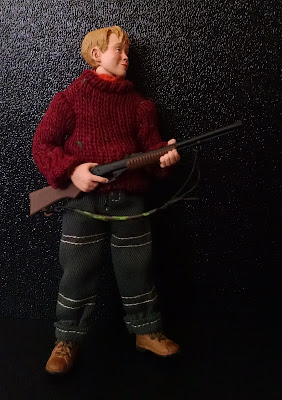 Just to recap, this is a NECA action figure in the style of the old 70's Mego line.

Kevin stands about five and a half inches tall, which looks about right beside an eight inch adult. I'm glad they got the scale right, though it does make me question whether he's objectively worth the $30 I paid. It doesn't help that the sculpt and paint - while definitely good - are below the level of quality on Harry.

Here's Kevin standing beside an eight-inch "Weird" Al figure, also from NECA. I should probably mention the guitar didn't come with either of them. 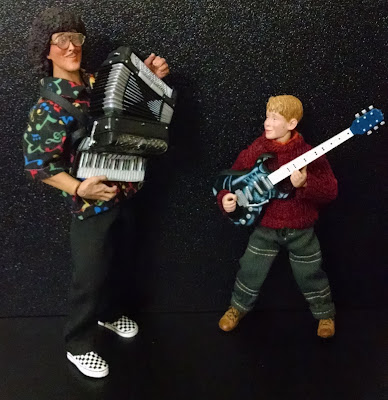 The clothing here is well tailored, though it doesn't sit quite as naturally as the outfits on some of the larger figures. Incidentally, there's no additional layer beneath the sweater, presumably because that would get too bulky.

In order to try and make the price point easier to swallow, NECA did include a decent number of accessories of varying quality. Here's everything collected together: 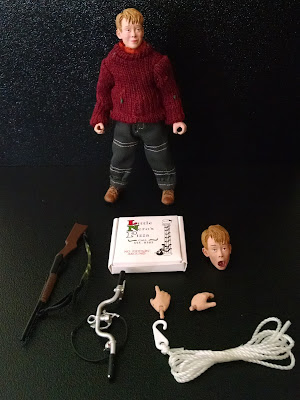 Let's see - there's an alternate head, a pair of extra hands, a gun, a rope and hook, bicycle handlebars, and a pizza box. Where to begin? 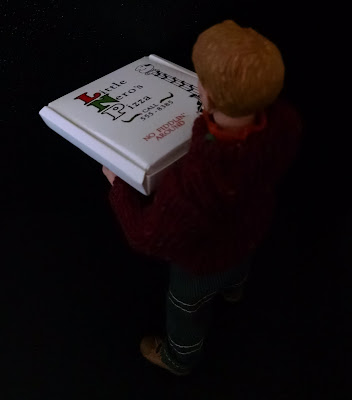 The pizza box is made of card stock and printed to match the one in the movie. It will open if you remove a strip of tape holding it shut. It's cool, but it's hard to get too excited about a paper accessory. 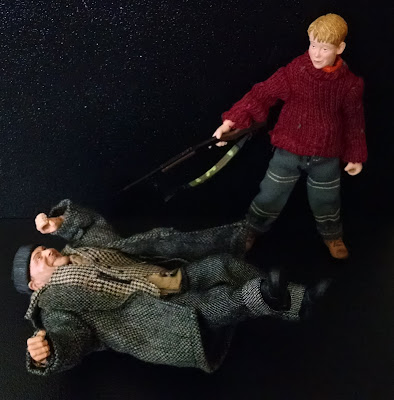 Other than the extra head, the gun is without a doubt the best accessory Kevin comes with. It's nicely sculpted and painted, and it works well with the included "trigger-finger" hand. His last hand is somewhat more relaxed, but not quite open-palmed. Actually, one of the notable omissions is a pair of open hands for the "scream" gag. It's odd they left these out, since they did give us the head. 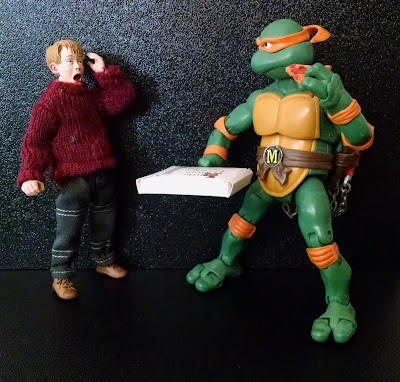 Neither head sculpt is perfect, but both are recognizable and fun. I'd describe Kevin's default face as a sadistic expression. I mean, look at it. 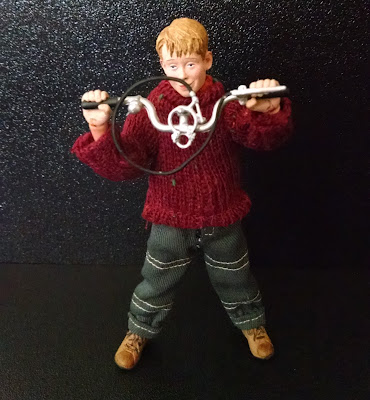 His other expression is either a terrified scream or... well... 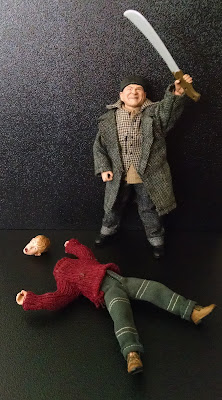 When they strapped Harry into the chair and asked him if he had any last words, he looked up at the warden and replied, "It was worth it."
Erin Snyder Toy