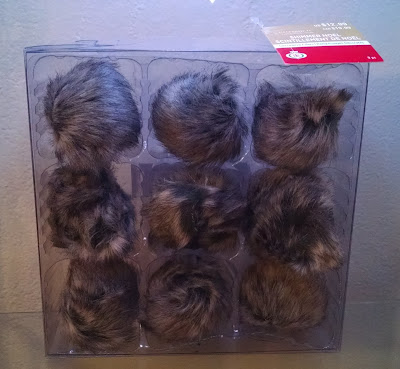 If there's one thing I've learned over the years, it's that Michaels sells some weird shit.

Seriously. I love the store (I even worked there once, long ago), but they sell things that simply defy explanation. This is a good example of that phenomenon. 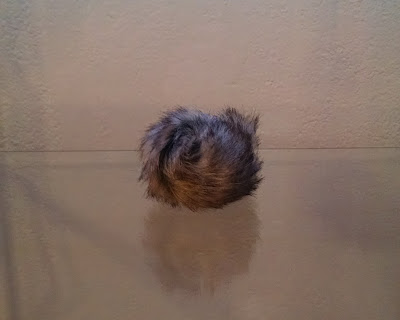 We found these sold with other seasonal decorations. This is a pack of round, furry balls - nine for $12.99, if you pay full price.

If there's a second thing I've leaned over the years, it's that you should never pay full price for seasonal merchandise at Michaels. 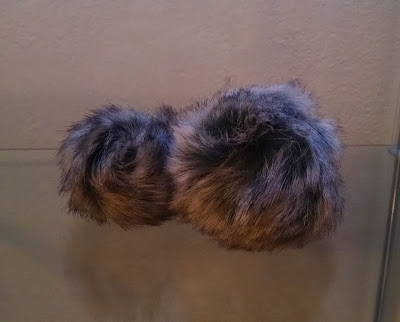 We got these at 70% off in some sort of post-black-cyber-buy-our-crap-Friday-doorbuster-sale. I'm not entirely clear on why there was a sale going on, but it brought the price below $4 for the set, which is something like $0.43 per unit.

But none of that's important, because there's a far, far, FAR more immediate question elicited by these: WHY? 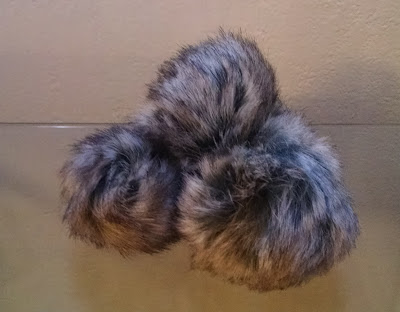 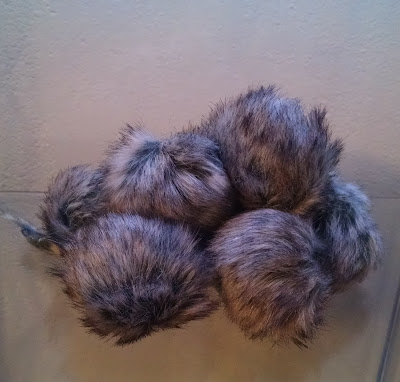 I can't answer any of those questions, save the last. And that, I think, has already been answered by the above photographs. Because, whatever these were intended to be is irrelevant. Any geek worth their dilithium knows in their heart what these are.

I don't understand why there are unofficial tribbles being sold as decorative holiday accents, or why they're as cheap as they are, but I guess we shouldn't look a gift tribble in the... do tribbles even have mouths, or do they just somehow absorb their food through their fur?

Yet another question I can't answer.

Whatever the truth, these both look and feel like tribbles (i.e., they're stuffed under the fuzz). They're smaller than they should be (these have about a two-and-a-half-inch diameter), but they're instantly recognizable.

So if you're in the market for discount tribbles (and, really, who isn't?) now would be a good time to swing by your local Michaels and see if they have any in stock. 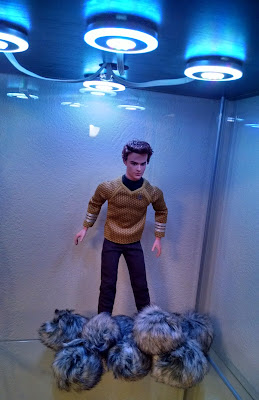