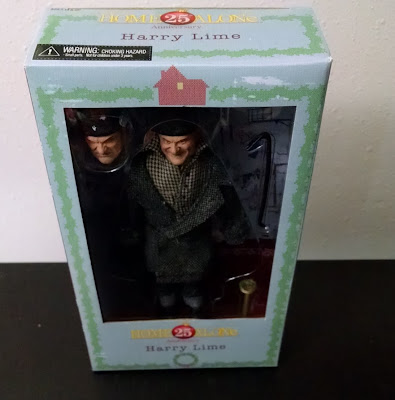 This is from a wave of three figures released by NECA last year in recognition of Home Alone's 25th anniversary. I came across this on clearance in February and picked him up. I'm not a big fan of the film it's based on, but I figured I could always use a generic thief. Besides, I was curious about the style. 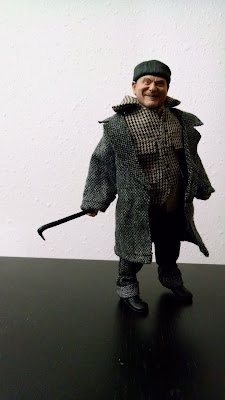 Here's a comparison shot with a few other NECA figures. The Weird Al is in the same style and comes in at 8-inches, while the fully sculpted Terminator is about 6.5: 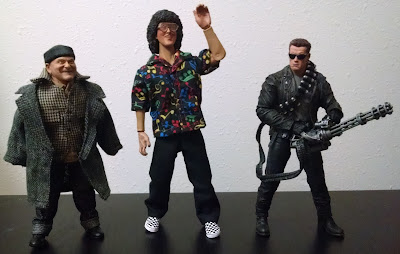 The 8-inch figure with a cloth outfit is something of an homage to Mego, one of the most influential action figure companies in the history of the industry. A lot of toy collectors a bit older than me are still obsessed with that scale and style.

But I missed them by a few years. Still, I appreciate the nod to history.

That said, I'm more appreciative that they weren't beholden to it. NECA borrowed the concept from Mego but seriously updated the sculpting and tailoring. The head is fantastic at this price point (even before mark-down), and the costume looks good. 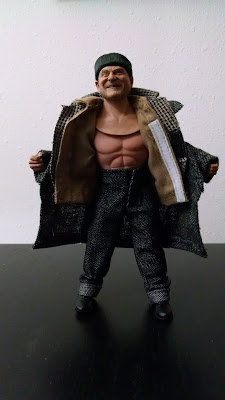 As you can see, they got a little clever. The character's stockier than the toy's body, but the layers of clothing make up the difference. The use of a sculpted neck and upper chest helps, as well.

It should be noted that the figure's articulation is limited by the outfit, however. It's not a huge deal, but it is a minor issue. 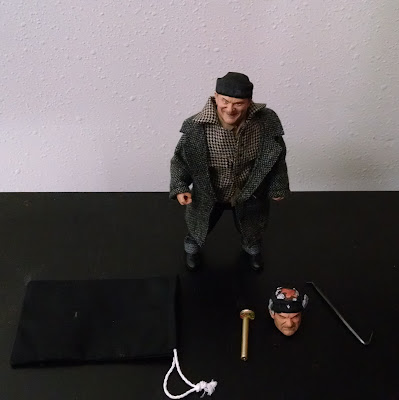 To their credit, NECA included a handful of extras. Along with Harry, you get an alternate head showing him scorched and covered in feathers, a crowbar, a sack, and a... um... kaleidoscope, I guess.

Okay. Cards on the table here. Harry having a kaleidoscope is familiar, but I can't recall what the deal was, and the internet isn't helping much. I'm sure it was relevant in some crucial scene I don't remember.

The crowbar is by far the most useful extra - my guess it's the one most people will display him with. The second head is cool, but not actually all that useful to me. Maybe some fans will want their burglars wounded, but I think the figure works better with the normal head, in part because the outfit really doesn't match due to the lack of feathers.

Still, the sculpt and paint work is at least as impressive as the default head, maybe more so. 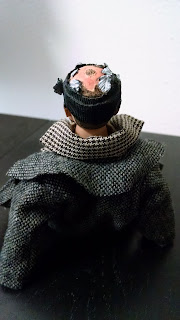 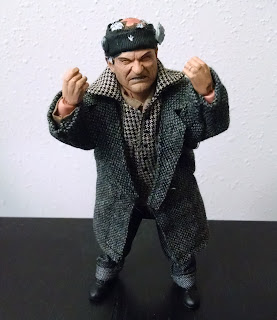 I have mixed feelings about the sack. It looks more like a dice bag than an accessory, which is an issue. On the other hand, I appreciate the utility of having an accessory that can store the character's other accessories. I wish they'd invested in a slightly better looking string, but I can't complain too much - I wasn't expecting it, at all, so finding it in the box was sort of like coming across an unexpected present under the tree. Even if it's a pair of socks, it's a pair of socks you weren't counting on. 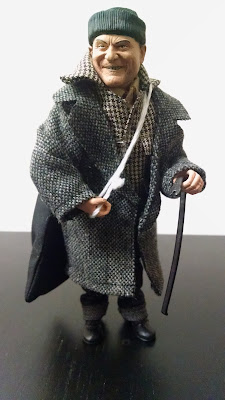 If I'd picked this up at full price, it would have run me about $30. I got him at FYE last February for $7.36, including tax. Like I said, this isn't exactly a property I feel deeply passionate about, though I am crossing my fingers that I find a Kevin on sale before they disappear completely. These are well made collectibles that are - for better or worse - extremely iconic representatives of the holidays.

I actually think $30 is a fair price, given the quality. Seven and change is a downright steal (insert joke about turning on the faucets).

Because I really couldn't stop myself, here are a few more pictures of Harry, just to prove his Christmas could have been worse: 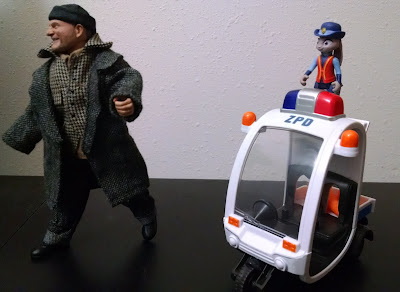 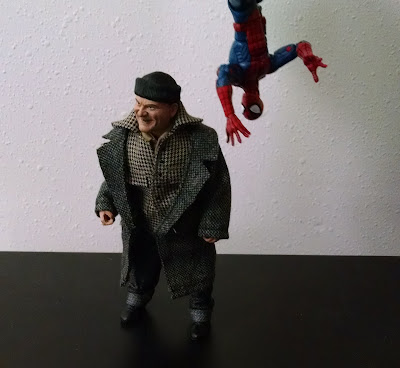 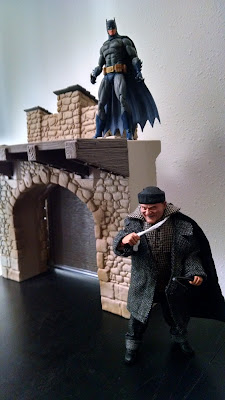