Nerdtivity: The Way of the Dead 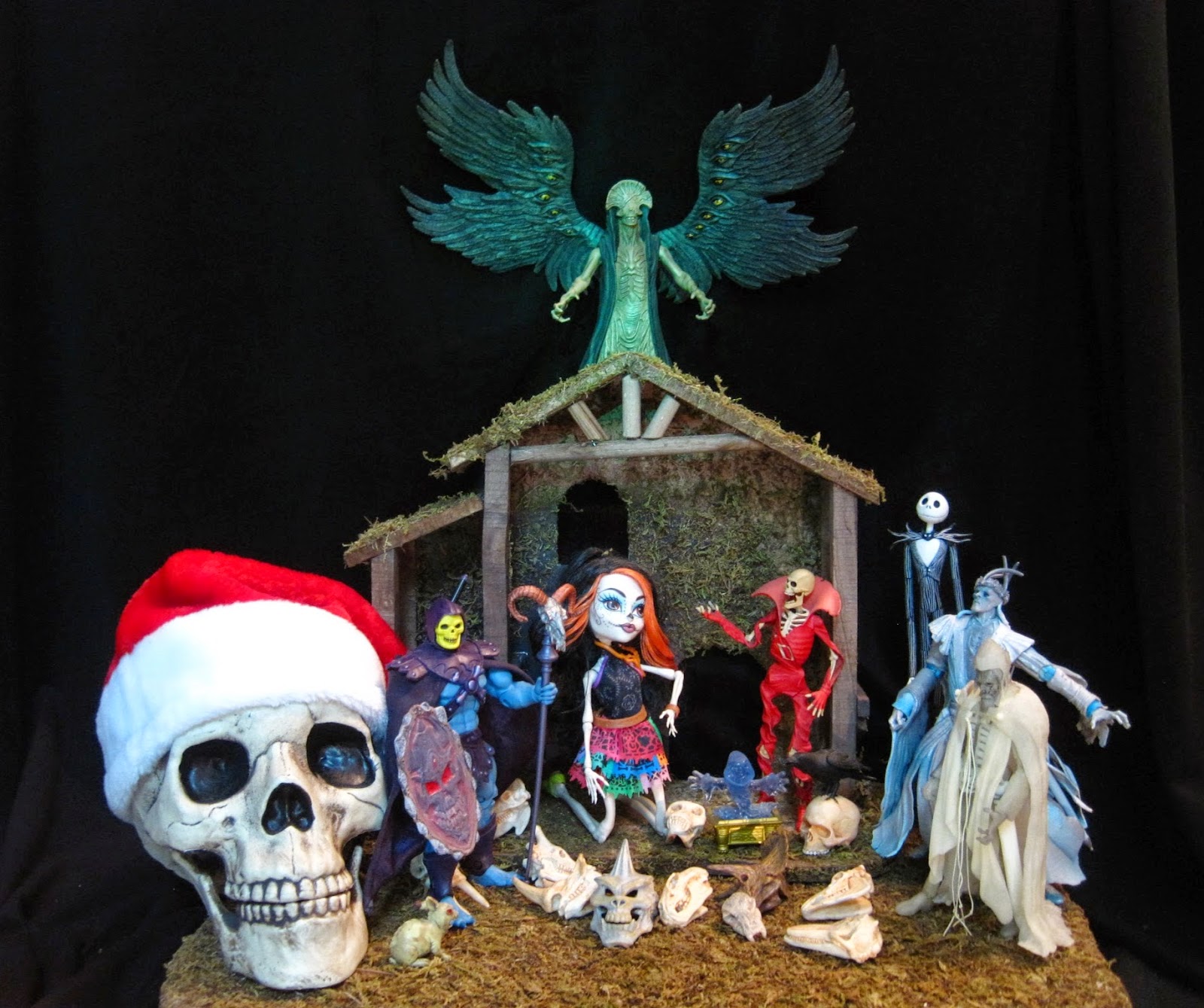 I have to admit I'm breaking a self-imposed rule on this one. When I started, I planned not to re-use the same figure in the same role. But this is the second time I've had Skeletor stand in as a shepherd. I could have side-stepped this by swapping him out for one of the three kings, but all three of them are kings, while he's just an overlord. I decided technical accuracy was more important than arbitrary rules, so here you go.
Card Photos Toy