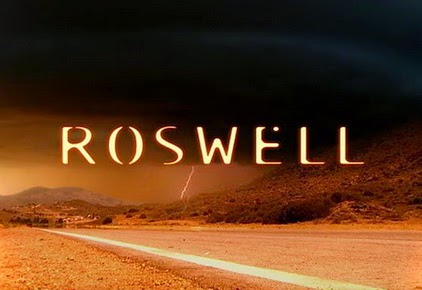 This was one of those times Lindsay and I spent the first half of an episode trying to figure out what the hell was going on, because it's mid-series and not particularly interested in recapping. Afterward, I skimmed part of the Wikipedia page and learned that several of the main characters were alien/human hybrids who were cloned from a royal family of extraterrestrials which... to be honest, I stopped skimming around that point.

It's not that I don't like this kind of stuff - I'm a lifelong geek. But, frankly, the episode we saw didn't leave me enthusiastic about the series.

It's not that it was awful: it wasn't. It was, however, dull and rather tedious. It felt like an "intro to genre" series: something that might have appealed to high schoolers who had never gotten hooked on X-Files, Star Trek, Babylon 5, or Buffy, but who might have some interest in science fiction, provided it spent most of its time exploring teenage life and relationships. You know, the boring stuff (except in the case of Buffy, but that had Joss Whedon; this just had Ronald D. Moore).

To be fair, this episode might have been an anomaly, at least in some respects. The alien aspects seemed to be toned down to make way for the Christmas themes. And when I say "Christmas", what I mean is CHRISTmas.

The episode opens with a guest star running in front of an out-of-control car to throw his daughter to safety. This goes poorly for him, of course. If you're worried they blew all of their original ideas in the cold opening, allow me to assure you nothing could be further from the truth: the entire episode is as fresh and surprising as this shocking sequence.

I should probably add that all this happened in front of Max, the alien with the power to heal people. But there was a crowd, and he froze, so the hero-dad bought it.

The A-plot of the rest of the episode concerns Max being haunted by the ghost of the dead guy, who's angry he didn't use his alien-Jesus powers to save him. Is it all in his head? Is it really happening? They tease ambiguity for a while, but by the end it's pretty obvious the writers wanted it relatively clear it was actually a ghost.

Regardless, Max resolves the whole thing by breaking into a kids' cancer ward and curing a half-dozen patients. After this, Max decides he can live with himself, and the ghost agrees he's an all right guy.

And, of course, no one asks whether he should go public, build up a following, heal thousands, and tell the menacing government agencies where they can stick it (seriously: if enough voters think you're the Messiah, it doesn't matter what the FBI wants - they answer to elected representatives).

The other plot lines are about as uninteresting as the main one. One character who hates Christmas tries navigating buying a gift for his holiday-obsessed girlfriend, while another tries to fit in her new home and make that home for her. Pretty dull stuff for a show about aliens, unless watching someone use celestial powers to carve a turkey sounds interesting to you.

At the end, everyone makes their peace with religion and goes to an outdoor service on December 24th.

And. Jesus. Really? I mean, this is set in Nevada, right?