The Magic that is Black Friday's Eve 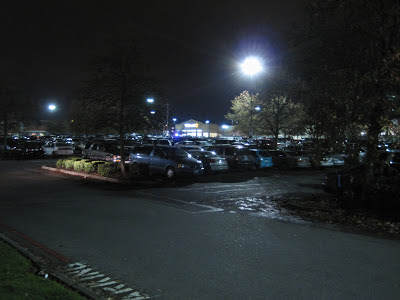 Black Friday's Eve is about tradition, something we at Mainlining Christmas hold in the deepest reverence. Our night began with a feast, of course, since we'd need energy for what comes next. Once we'd built up a healthy layer of fat, Lindsay and I set out into the cold to celebrate the holiday and kick off the holiday season.

We could think of no better place to start than Walmart, that bastion of holiday cheer and stalwart shrine to American culture. We arrived around 10:30 PM Thursday and found a parking space, no small feat on this night, as you can see above.

The lights in the parking lot shone off the cars and SUV's like decorations. We made our way through the near-winter wonderland of vehicles and reached the front, where a handful of police cars were lined up to help maintain order. 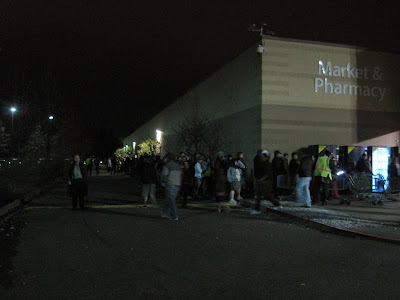 The line of eager shoppers wrapped around the store. There were families of all shapes and sizes, many with young children, there to enjoy the festivities, undeterred by the hour-long wait in the cold just to get into the store.

We considered waiting ourselves, but ultimately decided we didn't actually need to see the inside of Walmart to appreciate the magic of the evening. We took enough joy in the joy of others: in this case, the crowd steadfastly waiting for a chance to get their hands on a discount television or blue-ray player.

So we departed for other pastures. As we drove away, it began to rain, and it warmed our hearts to think of those standing outside. Because we knew that a little rain wouldn't undermine their enthusiasm for the day. 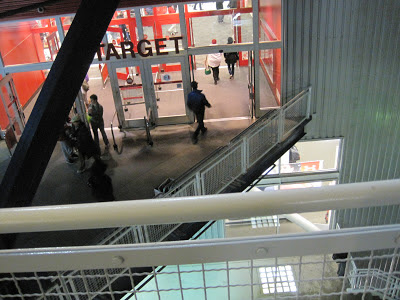 Our next stop was Target, which had opened at 9:00 PM in recognition of Black Friday's Eve. We reached the store around 11:00 and were surprised to discover we could simply walk inside, a welcome situation since we were ready for a bathroom break.

We wandered around the store, buoyed by the smiling faces of shoppers. Many had big-screen TVs and the like, but unlike last year in Queens, it didn't seem to be the rule (granted, last year we arrived as the store opened - we have no idea what things looked like a few hours earlier).

The lines were absurdly long, and besides, there was really nothing there we needed, so we headed out soon after. We had one more stop planned, and it was getting late. 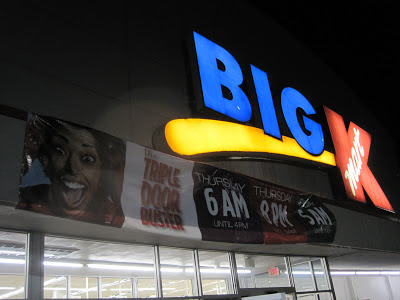 It was  around 11:30 when we reached Big K. The store was busy for K-Mart, but this is a far different scale than Target or Walmart. Besides, this was far from the start of their Black Friday's Eve celebration: they'd opened from 6AM to 4PM, before closing for a few hours to allow their employees to time to buy and eat some turkey sandwiches from a gas station or something before reopening at 8:00 PM.

There were a number of people shopping, but the lines looked manageable, and the store wasn't too crowded. Still, we didn't feel the need to buy anything.

But that's alright, because I realized something special last night. I realized that Black Friday's Eve isn't about materialism: it's about community. I realized that if you took away the bargains and discounts, all these people would still be standing in line outside Walmart, because they were there to celebrate the holiday together.

And that is the true magic of Black Friday's Eve. 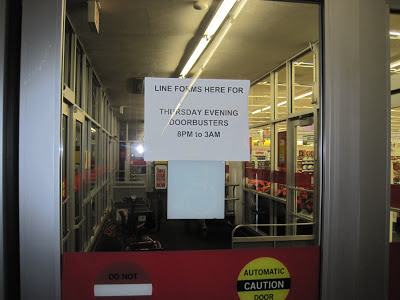