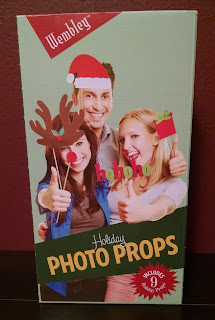 If Christmas were a whale, I think Wembley would be a lamprey, or perhaps some sort of mutant leach. To be fair, they're hardly alone - there are thousands of parasitic companies feeding off our culturally mandated need for material gifts. Wembley isn't even the worse of the bunch. They just happened to make and market this product.

Problem solved. Well, one of the problems. I'm still left with this thing to review.

I think "thing" is the best classification I can give it. This isn't really a toy, and its supposed intent is dubious. It's really another in a long line of low-end joke gifts. 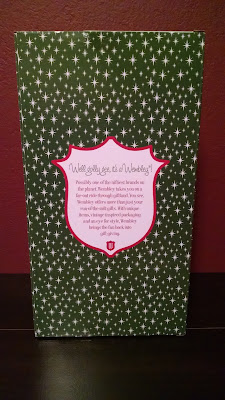 As a cottage industry, gag gifts are of questionable value at their best, and this is about as far from "best" as you can get. Perhaps unsurprisingly, the area where this comes closest to excelling is packaging. They've done a decent job making this look and feel like an object out of the past. 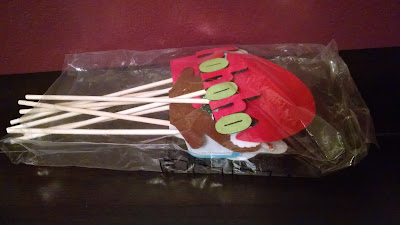 Pull open the box, and you're confronted with nine felt "props" glued to wooden dowels. Oh, did I mention this is supposed to retail for twenty bucks?

You may be thinking you could make your own for a tenth that amount. While that's true, doing so would also be substantially more fun than opening this box.

For what it's worth, 10% is precisely what I did pay - I got this on clearance at a 90% discount. And yet I still feel like I got ripped off. Go figure. 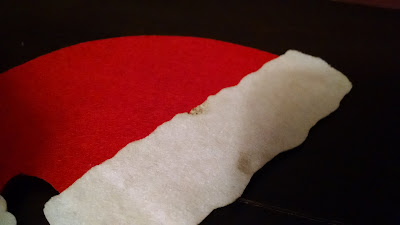 I'm not sure what happened here, whether those stains were part of the materials, appeared during production, or grew while it sat in its box for months, but I thought I'd point them out. But at least they don't smell bad. 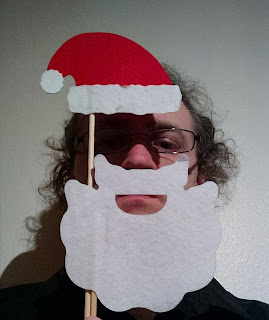 Here's the basic concept. You line these up to create the illusion they're being worn, then snap your picture. Somehow, the version on the front of the package avoids having the shadows drown out the models' faces. I suppose that's the advantage with using Photoshop.

Hey, you know what else you could use Photoshop to do? You could create the EXACT SAME EFFECT without using physical objects at all. Alternatively, you could download one of the countless apps that use facial recognition to line up and add things like this to your picture.

Or you could spend twenty dollars on a stained, foul-smelling set of low-quality photo props. Your call. 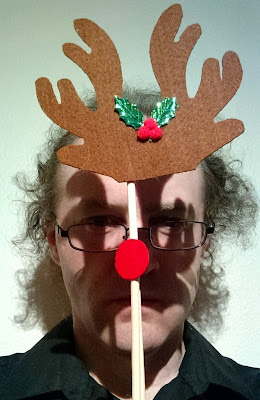 Okay, I know my expression isn't helping, but I'm pretty sure this would make anyone look like a serial killer. 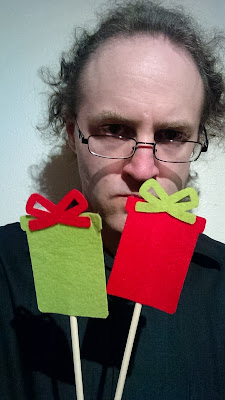 If it looks like I'm staring at these in a state of existential dread, rest assured I am. The dark truths of the Universe lie with these gifts, and they are merely two dimensions. 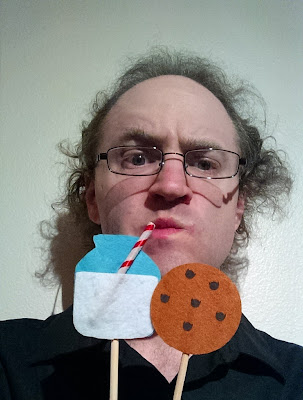 Oddly enough, the milk bottle might be the most effective of the props. I'm not sure why you'd want it in a picture with you, but the effect is the most visually interesting of the bunch.

You can avoid Wembley products by staying out of stores like Kohls, Sears, and Fred Meyer for the entirety of the holiday season, as well as clearance sections for the first few months of the new year.
Erin Snyder Toy