Before I delve into today's review, I want to set the stage, because I feel it's especially important to understand where these came from. 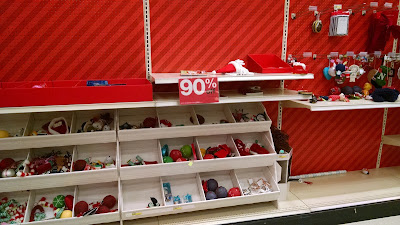 What you're looking at is the entirety of Target's Christmas section on January 3, 2017. Just out of frame were the roving bands of scavengers searching the wasteland for bottled water.

Among a handful of superhero ornaments missing limbs, fabric decorations, and bows no one wanted, I came across these three items: 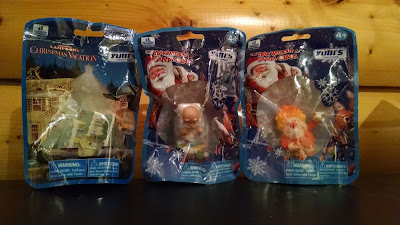 Originally priced at $3.99, they were marked down to $0.39 each. These are drawn from a few different sets released as "Yubi's Figurines". Santa and Heatmiser are of course from The Year Without a Santa Claus, while the house is from National Lampoon's Christmas Vacation. Each property contains four figurines total, and there are several other movies the company has licensed. If they'd had any others, I'd have grabbed those, too, but these three were all that survived the purge.

Over the years, I've bought and reviewed quite a few figurines in a similar scale. I don't say this to brag (obviously), but to offer context. Because when I say these are, by multiple orders of magnitude, the worst Christmas-themed figurines I've come across, I want it to carry a little weight. 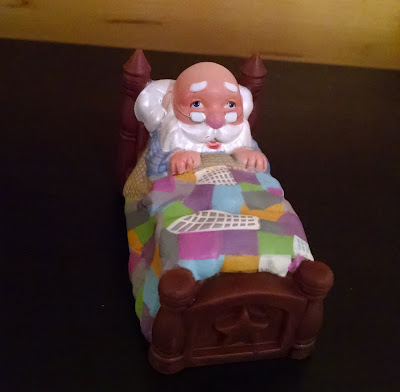 Let's start with Santa, taken from one of the special's least iconic moments, when he was lying sick in bed. This isn't even a good approximation of that sequence or character. The guy in bed bears only a passing resemblance to the stop-motion character, and the quilt is completely wrong. I doubt even a die-hard Rankin/Bass fan would be able to identify this as Claus. 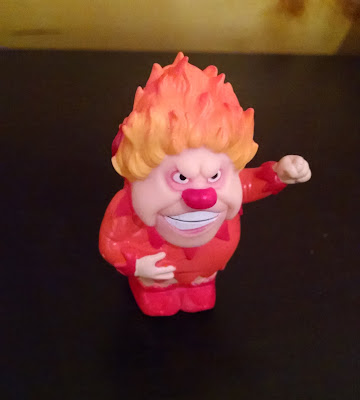 Next up is Heatmiser. While this is a poor recreation, at least it's identifiable as the character. Looking at the head alone, it's not entirely awful, though it is a bit creepier than is justified by the special. The rest of the body is badly proportioned and lacking in detail. 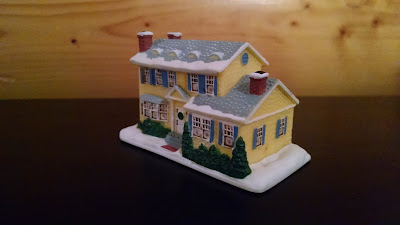 This comes closest to decent. As a miniature house, it's not awful, and it almost matches the one in the movie. Almost. This is missing the garage on right side, which is a pretty significant omission.

Other than that, it's not bad. I think the spots all over are supposed to be the lights Clark strings up, though I'm not certain. As a generic house decked out for the holidays, it's fine. 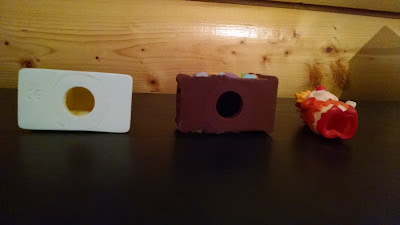 Now let's talk quality. Unlike pretty much every other miniature figurine produced in the past twenty years, these are made from a soft, hollow plastic, which allows for a lot less detail (that's why they look so crappy).

This means they're essentially "squishable". You can crush, squeeze, or bend them, and they'll more or less revert to their original form. Here's Santa under the foot of a chair: 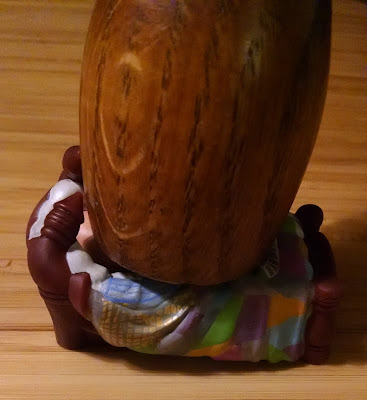 A few seconds later, and he was back to normal. That may sound like a feature, but - honestly - I think I preferred him squished.

Once again, these started out going for four bucks, which is about a buck more than I'd expect to pay for a far superior PVC figure at Toys R Us. If I'm being generous. A fairer comparison would be to toys you pull out of vending machines for fifty cents or a dollar. But those at least come in those neat plastic eggs, while these were stuck in crappy bags.

To recap, I paid forty cents each for these things, 10% of their original price. And I still kind of feel like I got ripped off.
Erin Snyder Toy