The Sylvester and Tweety Mysteries: It Happened One Night Before Christmas (1995) 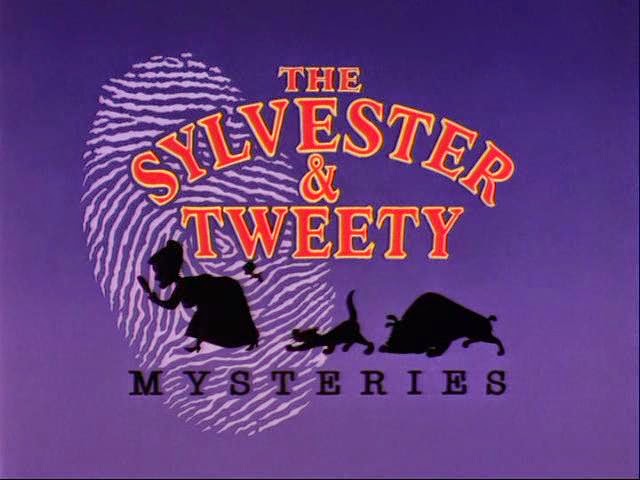 I imagine that the people who own the Looney Tunes IP, or anything like it, are always over a certain barrel. You have these iconic characters that people love, or at least feel affectionate nostalgia for. But they’re tied to these very pat, repetitive plots. Smart character outwits dumb character, who gets blown up/dropped off a cliff/something heavy dropped on them. Prey character outwits or out-lucks predator character, who gets blown up/dropped off a cliff/attacked by bigger character/otherwise injured. Rinse. Repeat.

So if you’re looking to make something new with these characters, you have to wonder: do you stick with the tried-and-true formula, despite the fact that it’s not really enough to sustain a longer-than-three-minute runtime? Or to you step out of the box and give the characters more depth, more backstory and different, more complicated plots? Or, as is the case here, do you try to have your cake and eat it too?

This show has an extremely odd premise. The main characters are Granny, Sylvester, Tweety Bird and Hector (he’s the bulldog). They go about solving crimes. Except, not really. Granny solves crimes, or tries to. The animals sort of help, I guess? But Sylvester mostly just tries to eat Tweety and gets the stuffing beaten out of him by either Hector or the scenery. It’s jarring, actually, as though it were really two shows strangely intercut.

This episode in particular I imagine is strange (although I have no recollection of watching another). It’s a retelling of just the lost money sub-plot It’s A Wonderful Life. I actually like this choice quite a bit, because it works as an allusion while skipping the whole 'seeing what the world would be like if X' plot that's been done to death. The episode takes place in Bedspread Falls, and many of the backdrops and settings are taken from the film as well. Granny comes to town to help her brother Willie (the Uncle Billy stand-in), who has misplaced some money on the way to the bank.

They retrace his steps all over town, as he seems to have forgotten an increasingly unlikely series of objects at each stop. The normal animal crew are aided by Willie’s pet mice (http://en.wikipedia.org/wiki/Hubie_and_Bertie) and interuppted by the mysterious comings and goings of a mynah bird (http://looneytunes.wikia.com/wiki/Minah_Bird). It becomes clear to the audience that Willie obviously left his money in a newspaper that was taken by a mean, rich man, “Trotter”.

The animals break into Trotter’s office and steal the newspaper (but not the money), after stamping it with ‘From the Desk of Trotter’. This clue is enough to send Granny and Willie into Trotter’s office with the cops, and just when he’s denying everything, the mynah bird comes out of nowhere to reveal the truth and return the money.

Despite the deus ex machina, this is a pretty satisfying ending, because Trotter is wheeled off to jail, ranting like the broken psychopath he is. I mean, it’s not quite SNL’s version, but if you have kids who aren’t buying the original ending to It’s a Wonderful Life, you could show them this. They might even still think Sylvester and Tweety’s shtick is funny.
90's Comedy Episode Lindsay Mystery