By Lindsay - December 13, 2014
Erin talked a bit about our trip to Leavenworth already. I'm picking up the story at about 4:15 pm.

We are on the east side of a very tall mountain, so it's getting dark.

Neither of us quite expected the slush to be as thick as it was, so my feet are wet, and our hands are cold. We've been standing or walking for most of the last five hours.

And we're making our way towards the crowds. 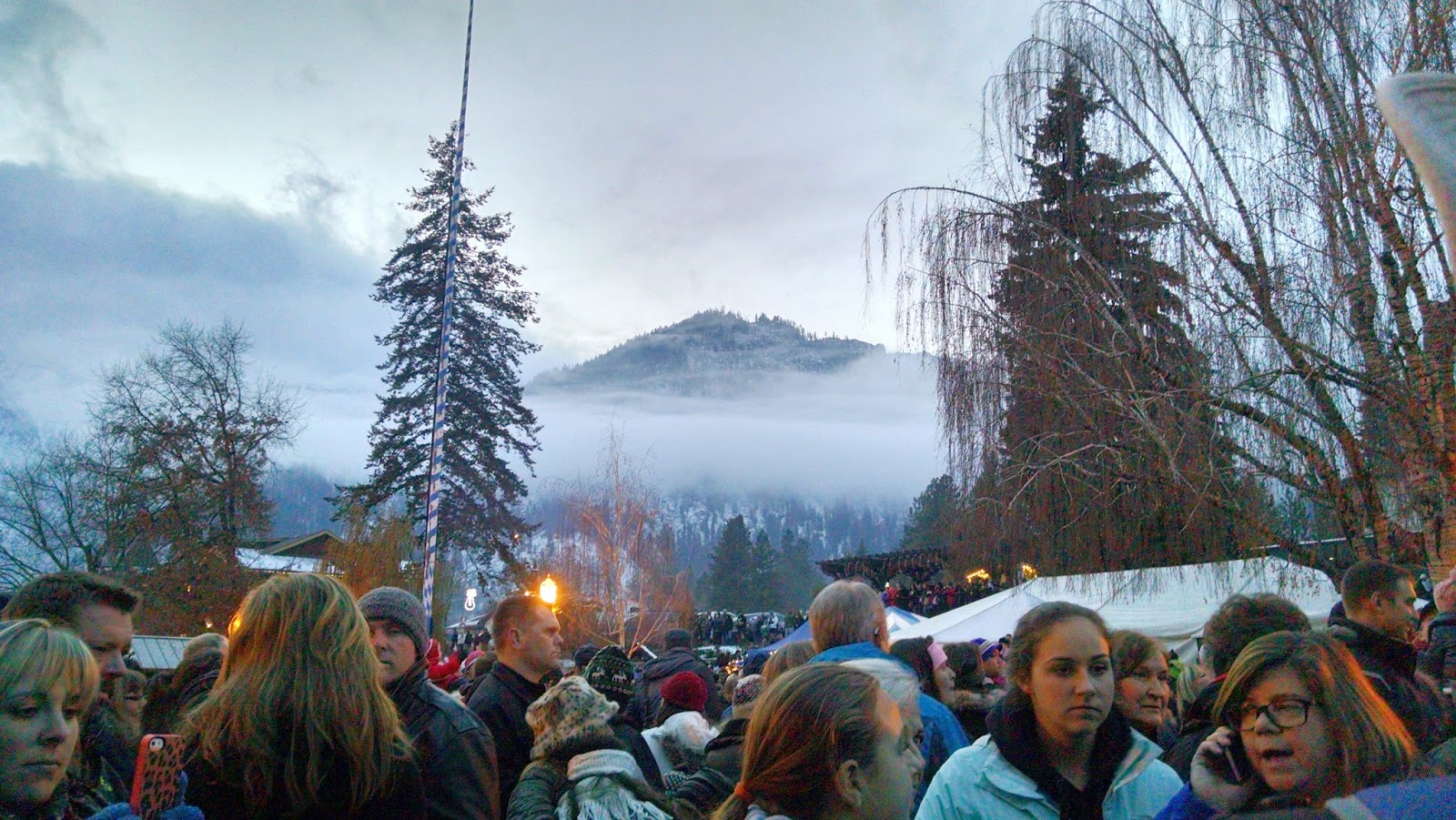 Yeah, if we'd wanted a good view, we would have had to stand in the cold a lot longer than either of us were in the mood for at that point in the day.

We staked out an okay spot, and waited.

And tried to hear what was going on.

There was some singing, and some speeches, and finally Santa!

Yeah, I know, a little bit of an anticlimax.

Next, if I recall the series of events correctly, some people played alphorns, which was pretty cool, although I could barely hear them. Then it was time for, according to the description of this event in the flyer about the festivities: "the parade of stars & bells."

Sounds intriguing, right? Well, it boiled down to four people, two from each direction, making their way painfully slowly through the milling crowd, carrying big light-up stars and ringing bells. 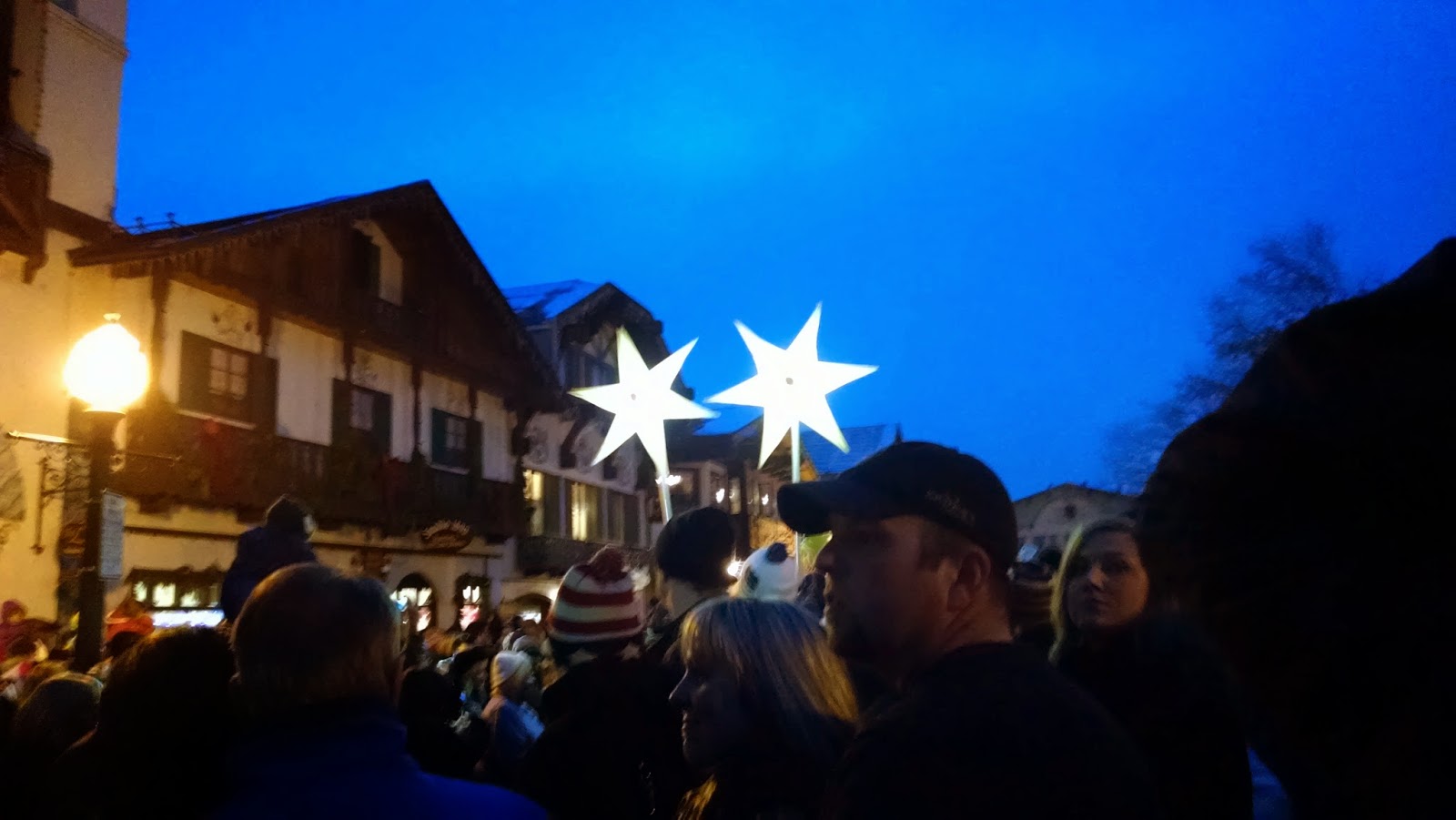 I guess the stars were kind of neat close up? 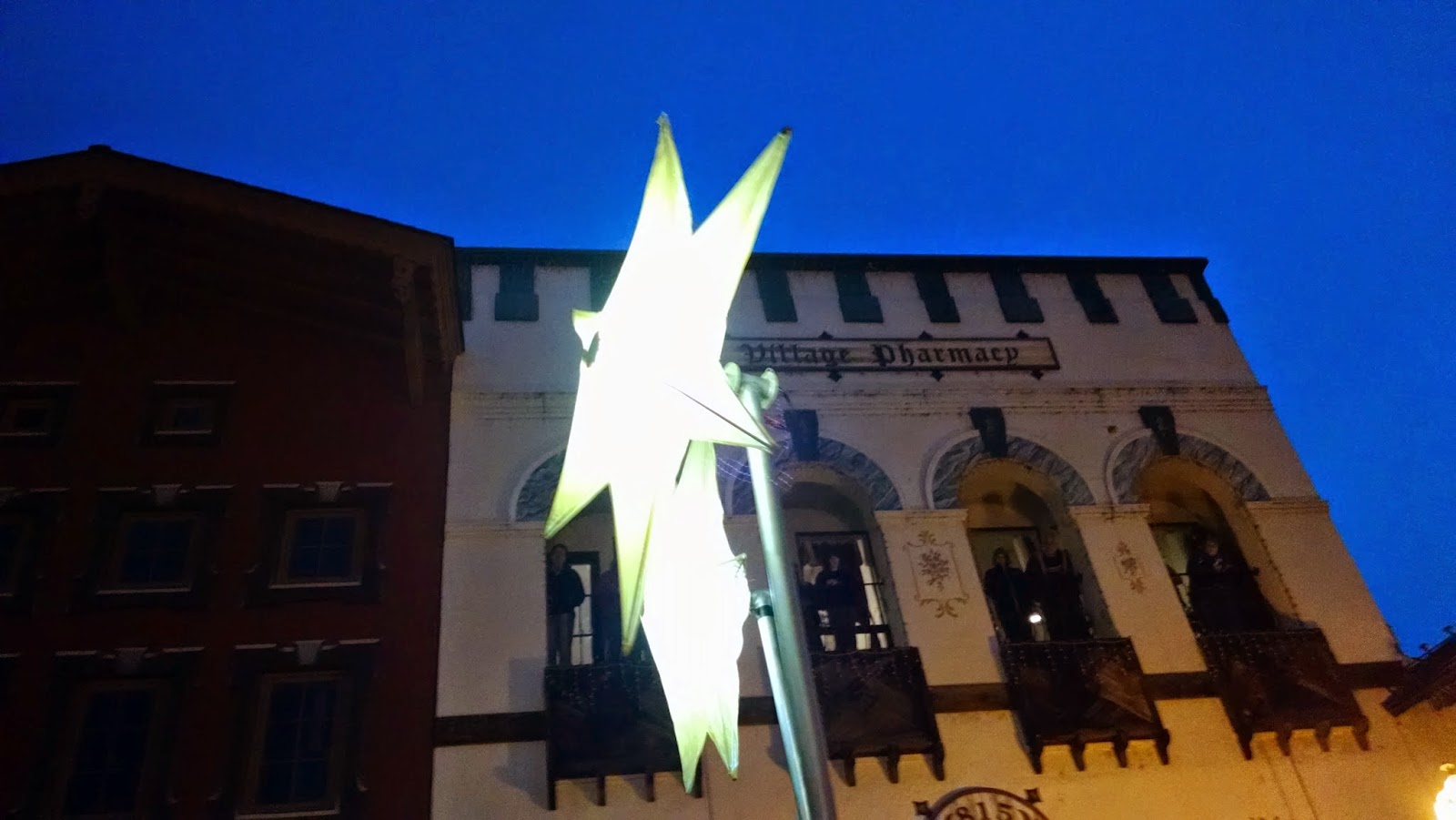 When these people came close to the center, the Christmas tree came on.

The problem is, I'm not sure whether that's what was supposed to happen, because then there was a countdown and the rest of the lights came on, and then a second trigger for a secondary group of lights in the other trees. I couldn't tell if the tree first was intentional or a mistake.

I suppose it was pretty cool either way.

The town was pretty gorgeous all lit up, although we were quickly caught in the mass of humanity returning to cars, buses, bars and shops now that the event was over, so I didn't get as many pictures as I might have liked. 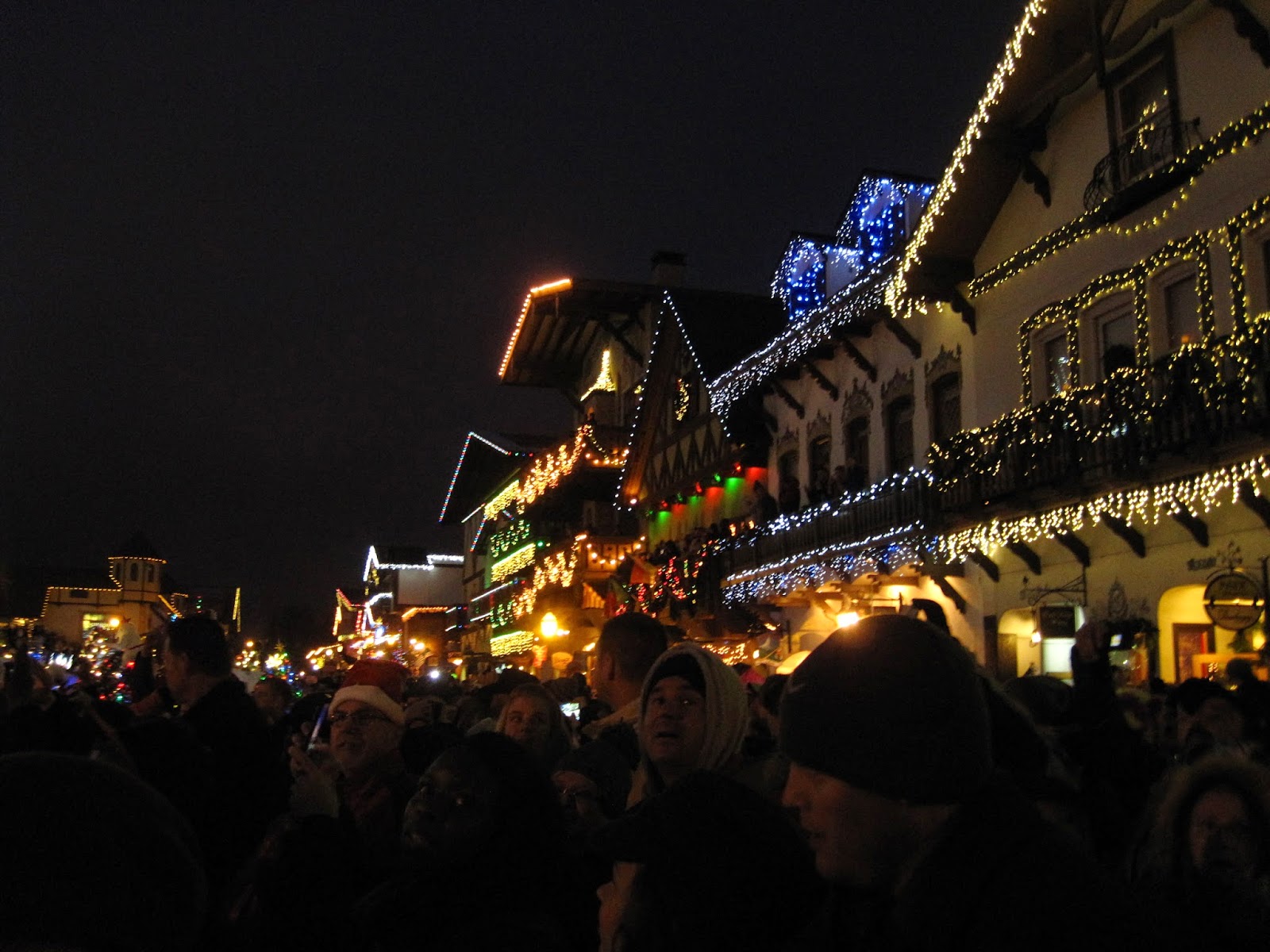 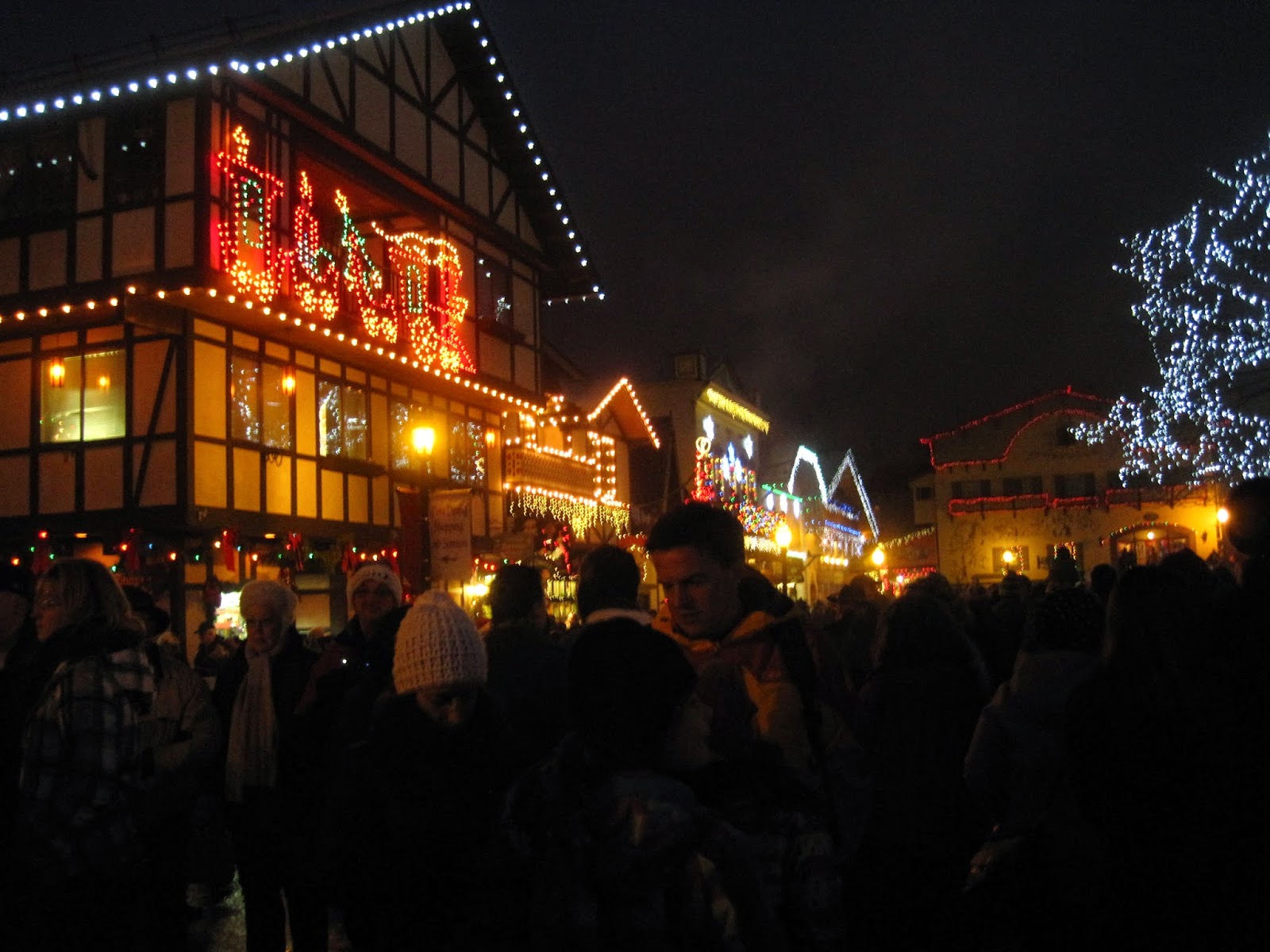 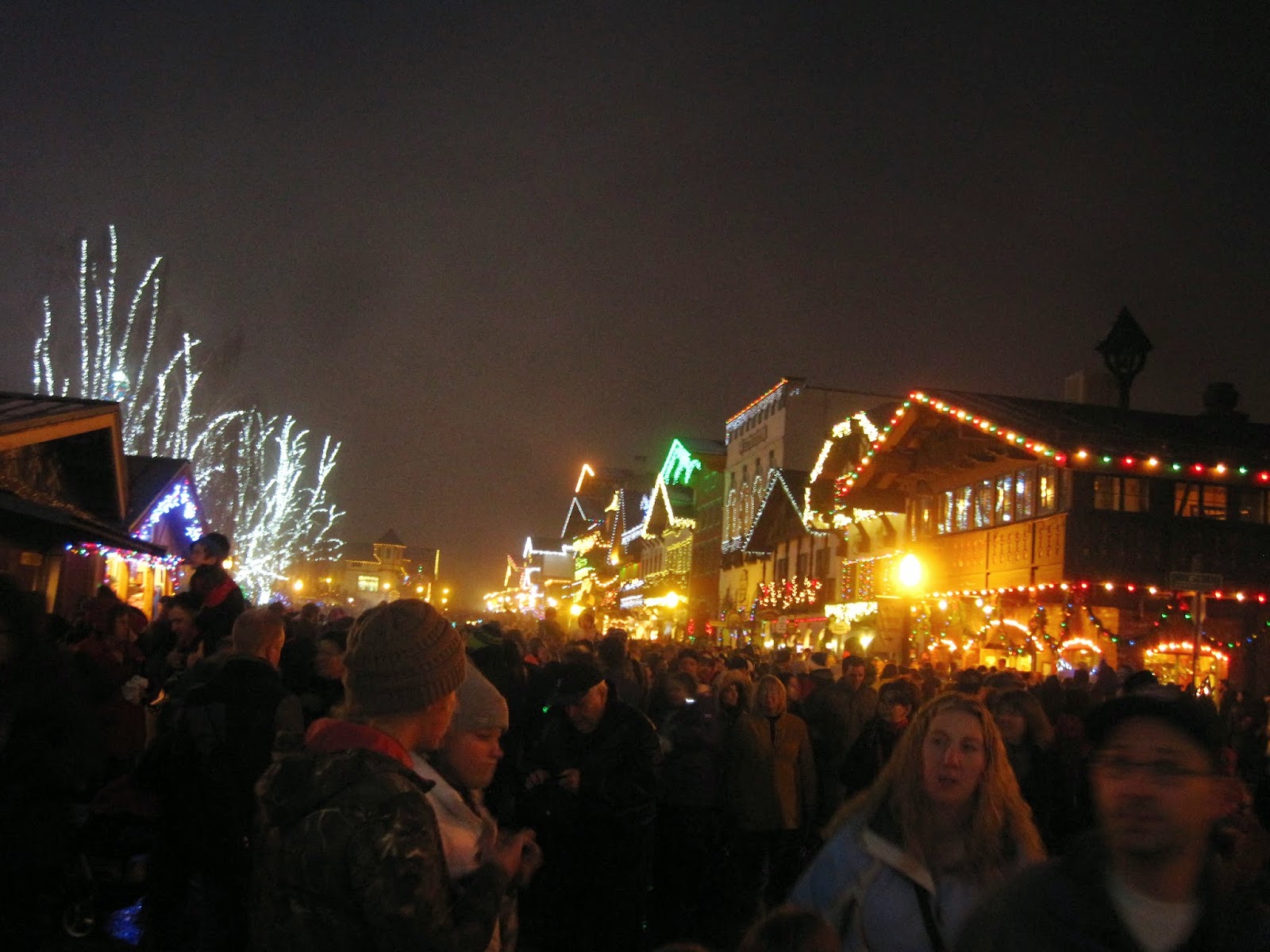 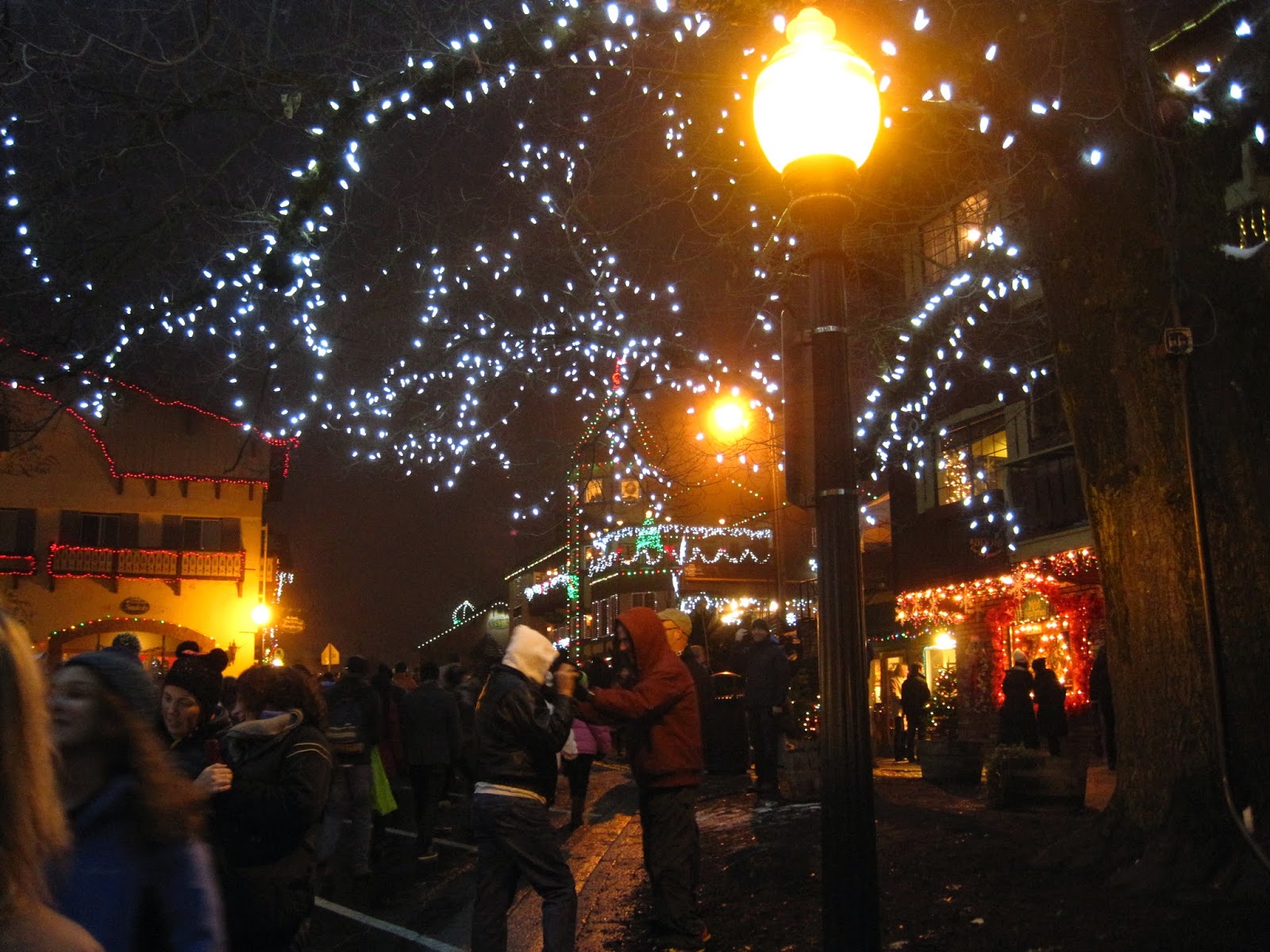 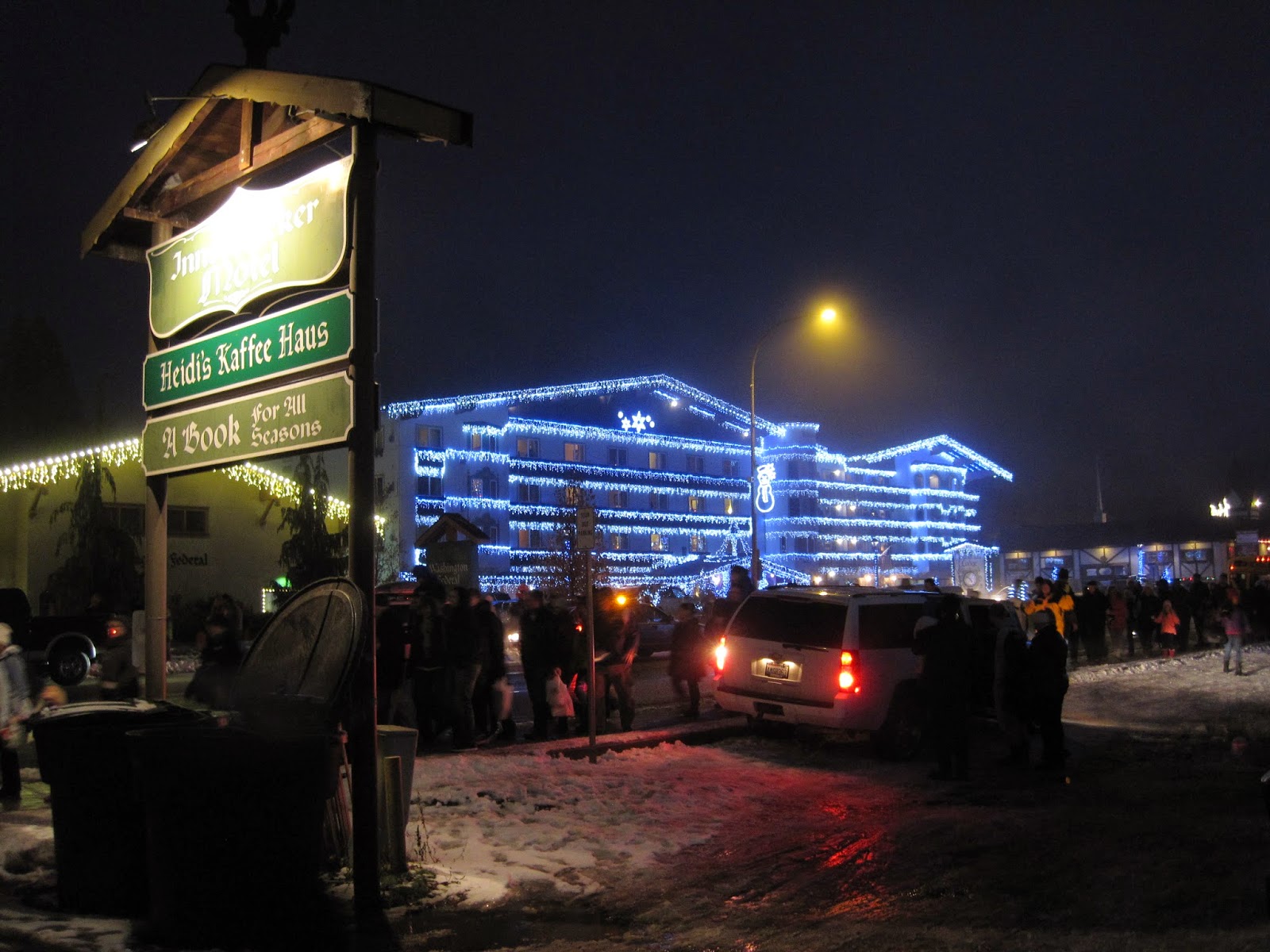 And with that we retreated to the warm bus and the trip back to the snow-free lowlands. I'm really glad we went, a lot of the shops were fun and the whole experience was fascinating, but if I were to go again, I might skip the ceremony and stay inside until the crowds died down and then go out and see the lights.