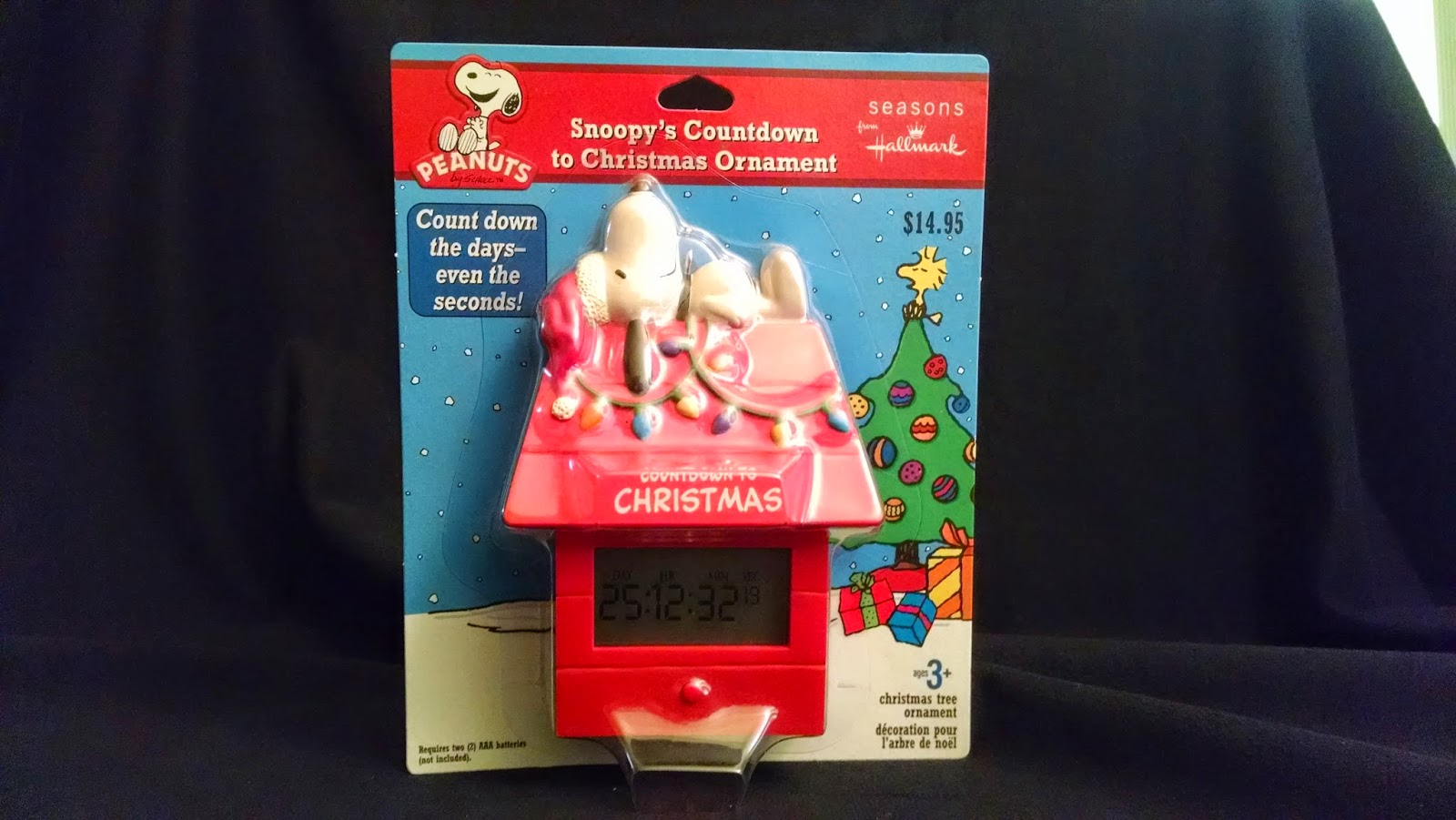 I found this lingering on a Walgreens shelf marked 75% off and was too curious to leave it there. The back of the package is impressively direct: this is unapologetically marketed towards parents utterly sick of answering the question, "How long until Christmas?" I'm also kind of impressed with how direct they are on what this thing can (and can't) do. The back reads more like an FAQ than selling points, informing you before you buy that it's incapable of handling dates before October 1st (which is unfortunate - how cool would it be if it reset to 364 days at midnight on the 26th?). 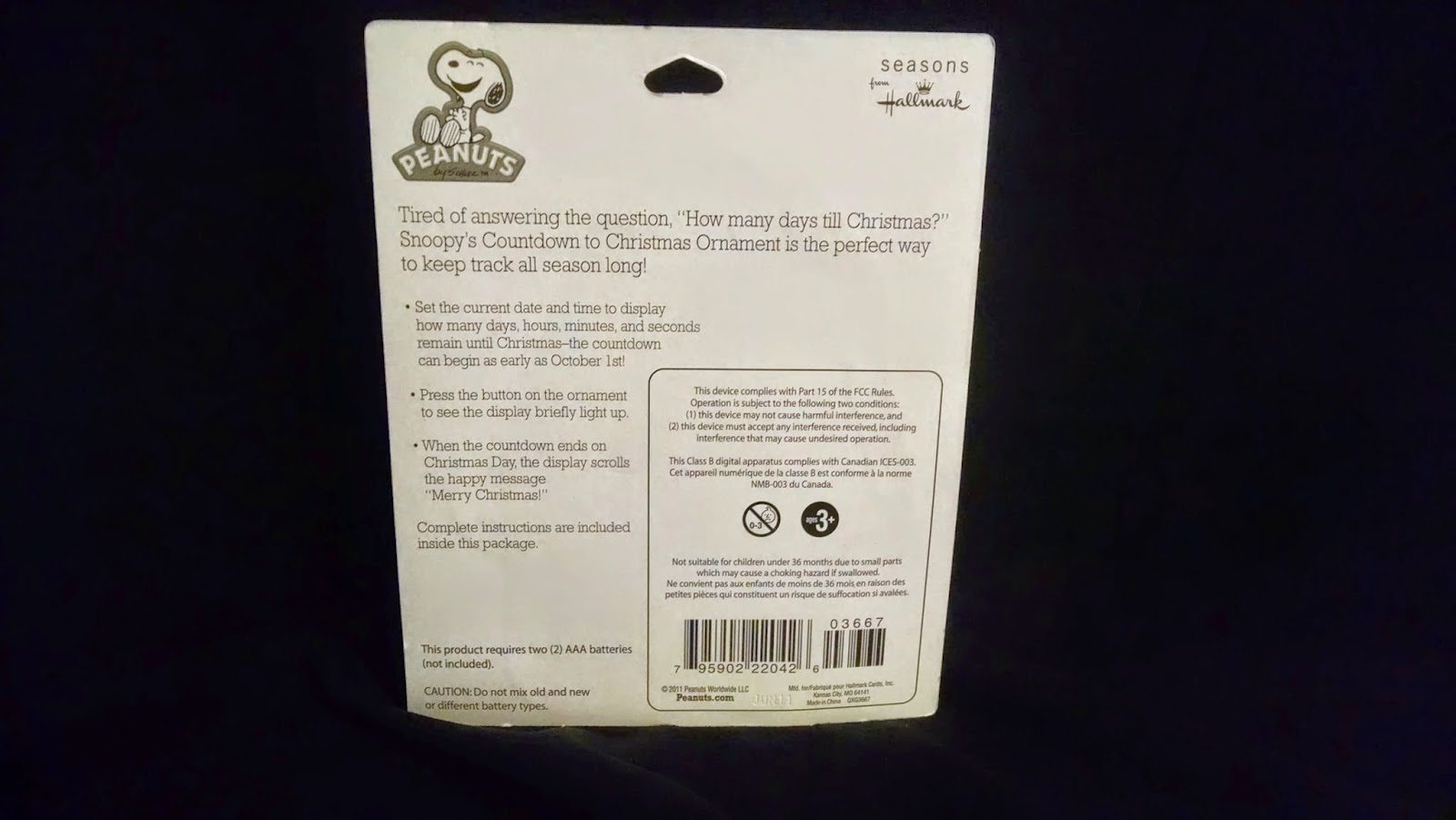 This is ostensibly intended as an ornament, though I think it would look awful on a tree. You really want this pushed up against a wall to hide the fact it's only half the figure. 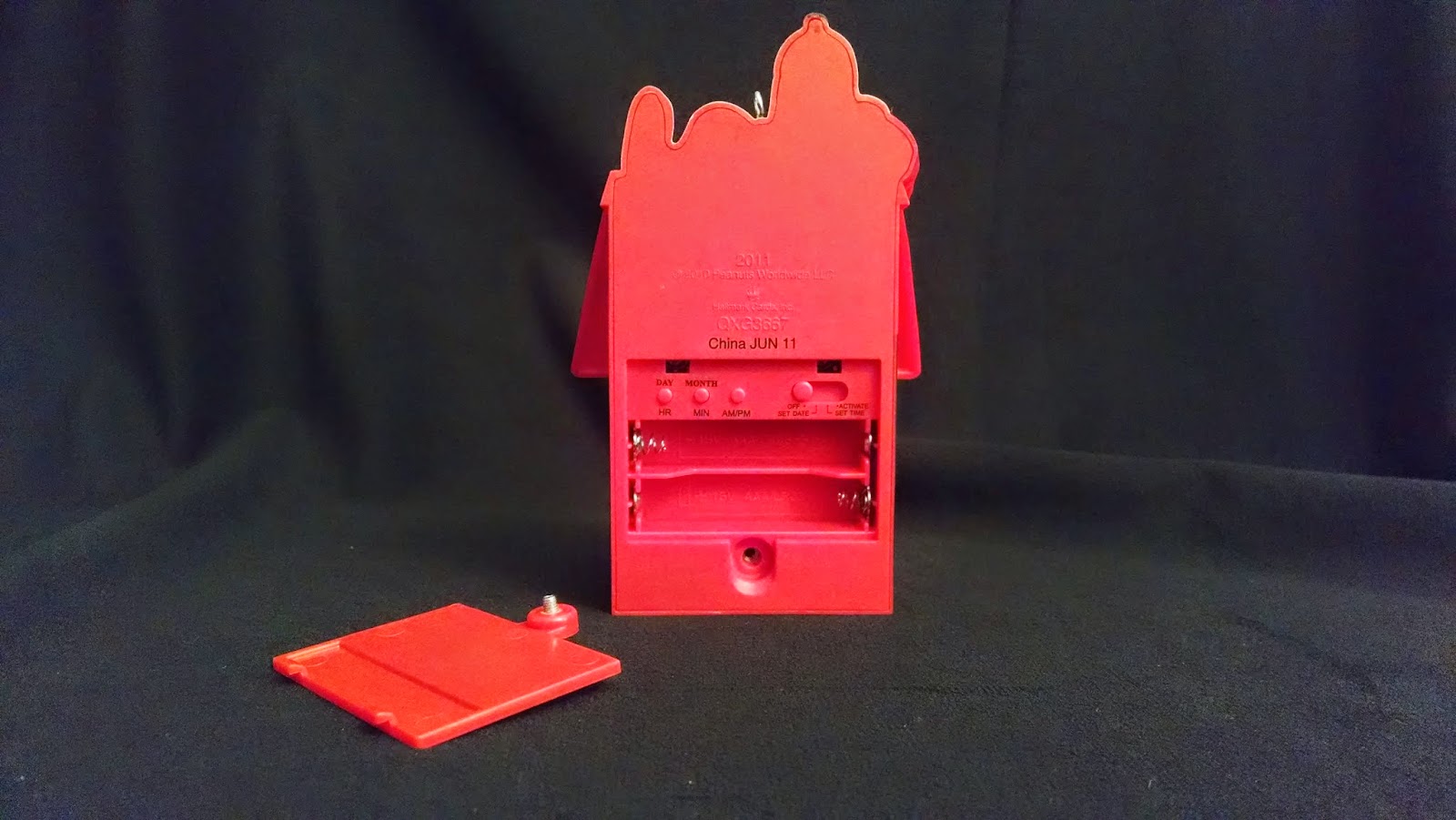 You can get a sense for how this is set up above. The batteries and controls are hidden beneath a panel that requires a screwdriver to remove. This probably counts as a feature if you have young kids, since it means they won't be able to accidentally (or maliciously) change the countdown. Unfortunately, that also means it's a pain for anyone else to set up. Guess it's just once a year. Or, you know, every time someone wants to see what happens when the countdown hits zero. 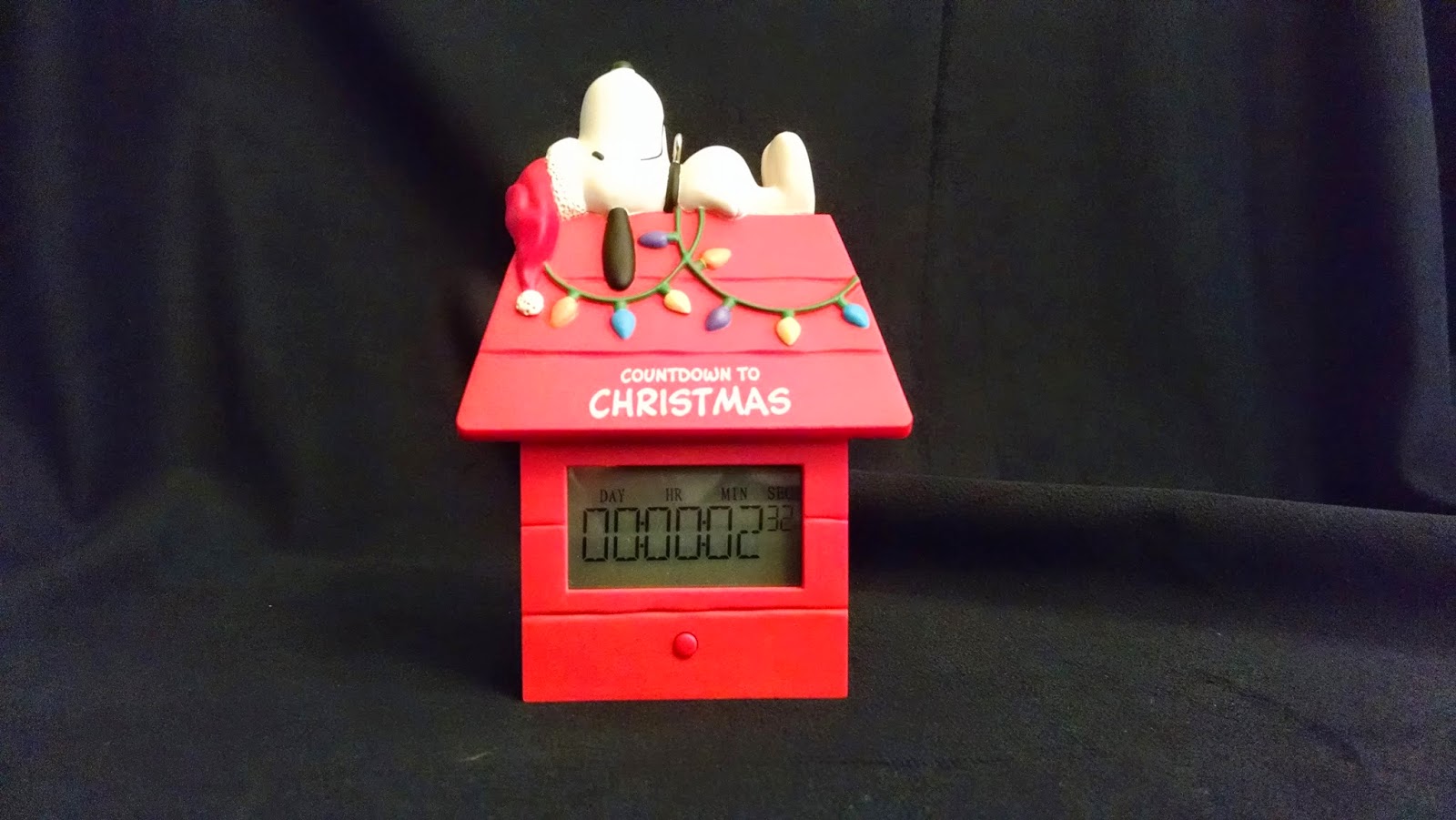 Visually, it looks cheap but not bad. I appreciate that they incorporated the ornament ring into Snoopy's collar, so it at least makes a degree of sense. This doesn't make any noise, but it does have one feature beyond the clock. Press the button below the screen and a surprisingly bright green light illuminates the screen. 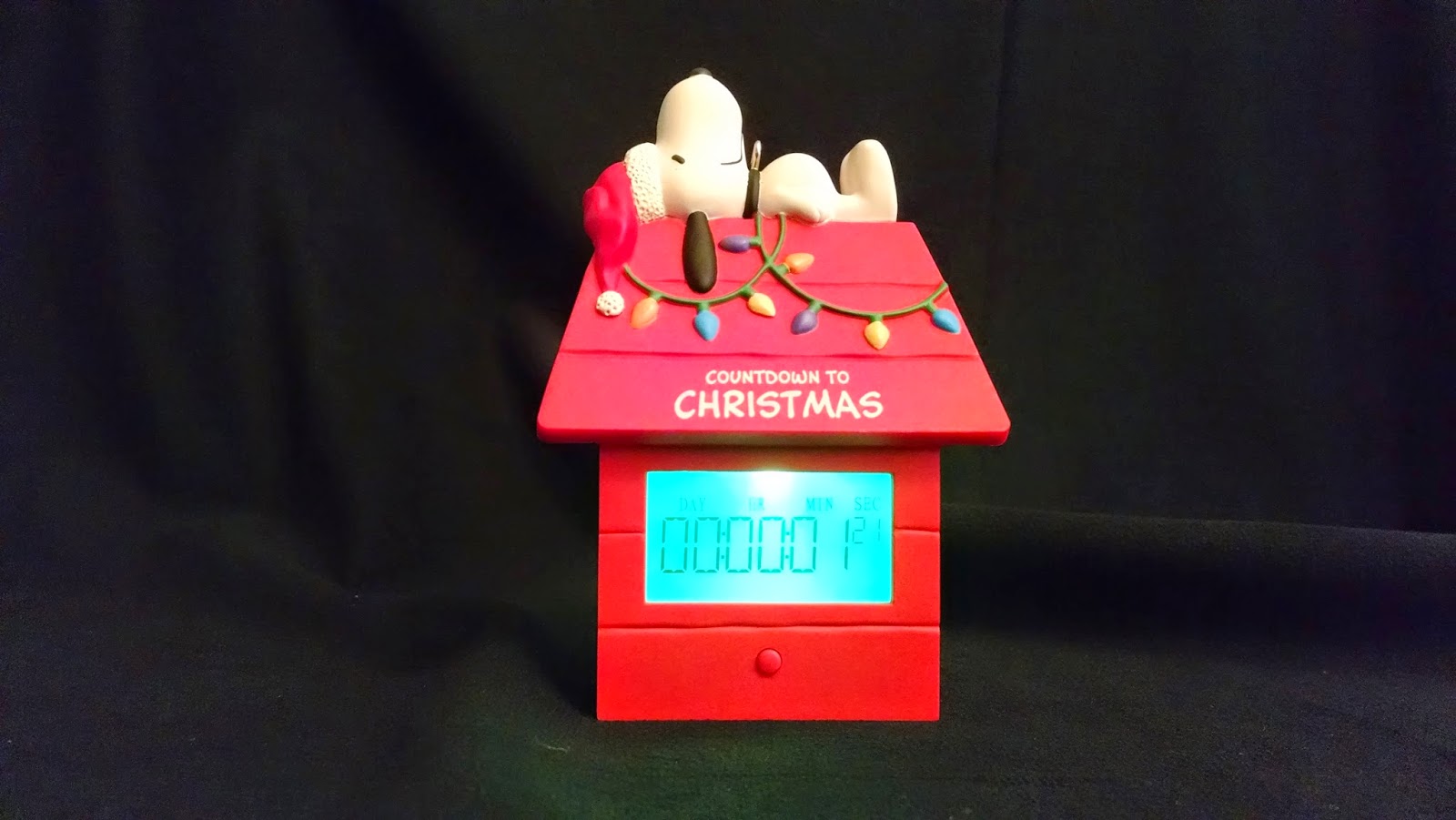 Frankly, that's better than I expected.

If you were paying close attention to the pictures, you probably noticed I set the clock a few minutes before Christmas to see what happened. Here's the video:


I have no idea how long it scrolls the words "Merry Christmas" - possibly until you turn it off, reset the clock, or it runs out of batteries. It feels a little anticlimactic to me, but I'd probably have loved the hell out of this as a kid.

Regardless, I paid $3.73 for this, so I've got no right to whine. Now anyone who spent the full retail price of $14.95 is far more justified in being annoyed that it isn't more impressive.
Erin Snyder Ornament