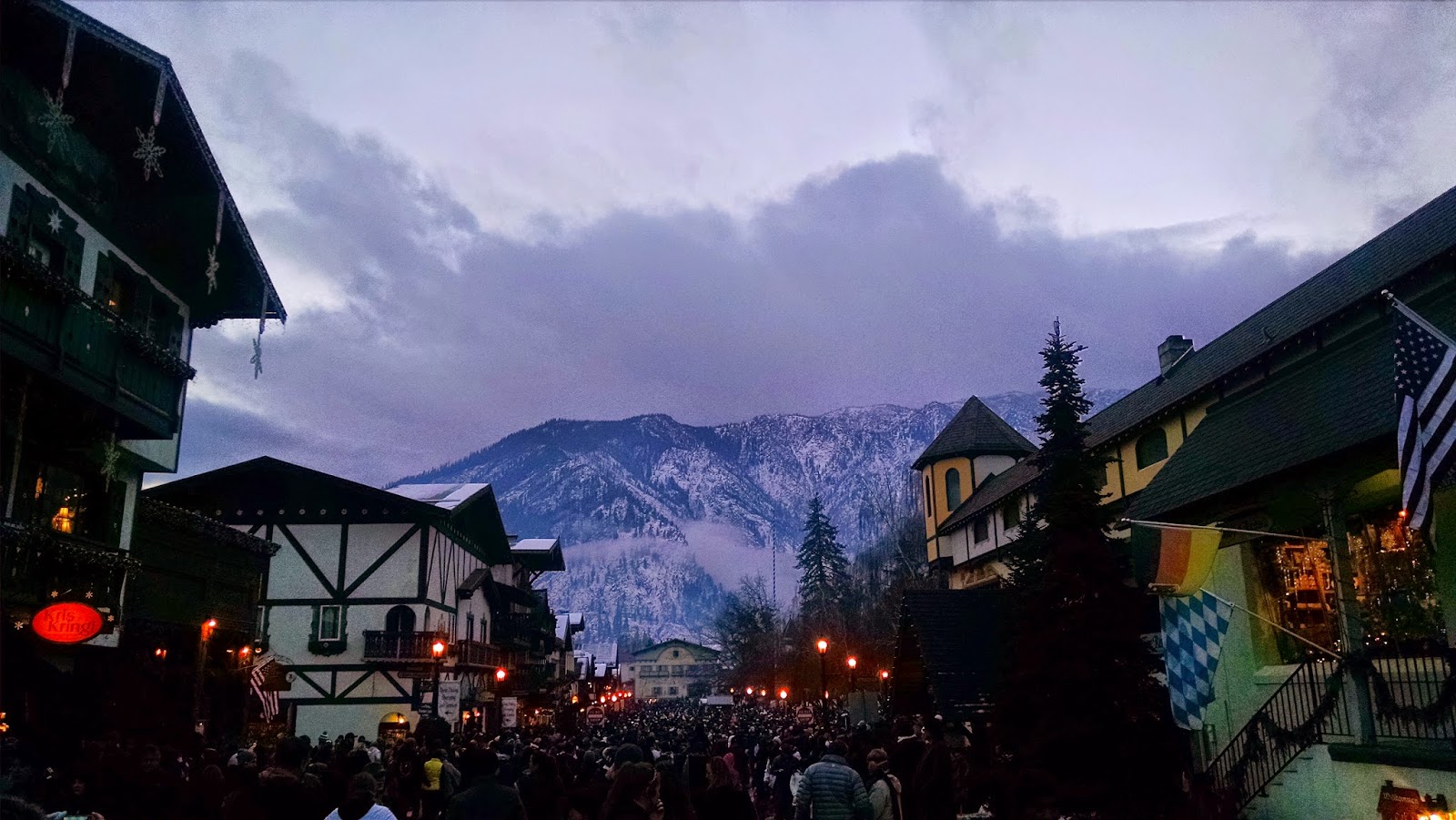 We decided it would be a good day to go to Christmastown. Or at least the Western Washington Bavarian equivalent, also known as Leavenworth. The town sits just on the other side of Stevens Pass. To put it another way, this is a place that's pretty much guaranteed to get a white Christmas. 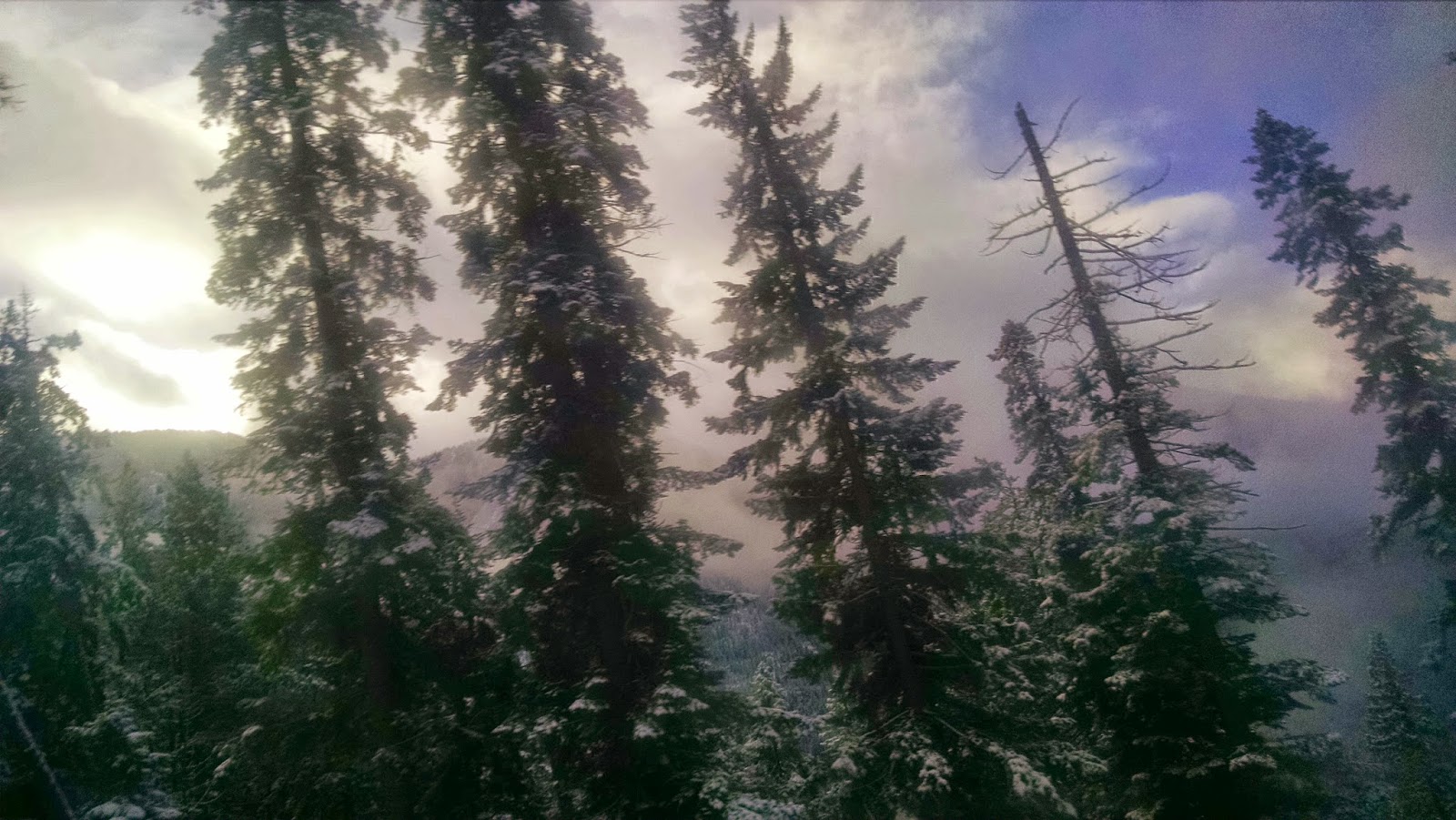 We probably could have survived the drive there and back in our Honda Fit, but we didn't feel like chancing it. Instead we bought bus tickets. This, of course, extended our trip length by an extra two hours or so, since it meant we first had to head to Seattle Center to catch the bus before the three and a half hour ride to Leavenworth.

All in all, this took us more than fifteen hours: not exactly a short excursion. Fortunately, it was pretty awesome. Even more importantly, it was Christmas. 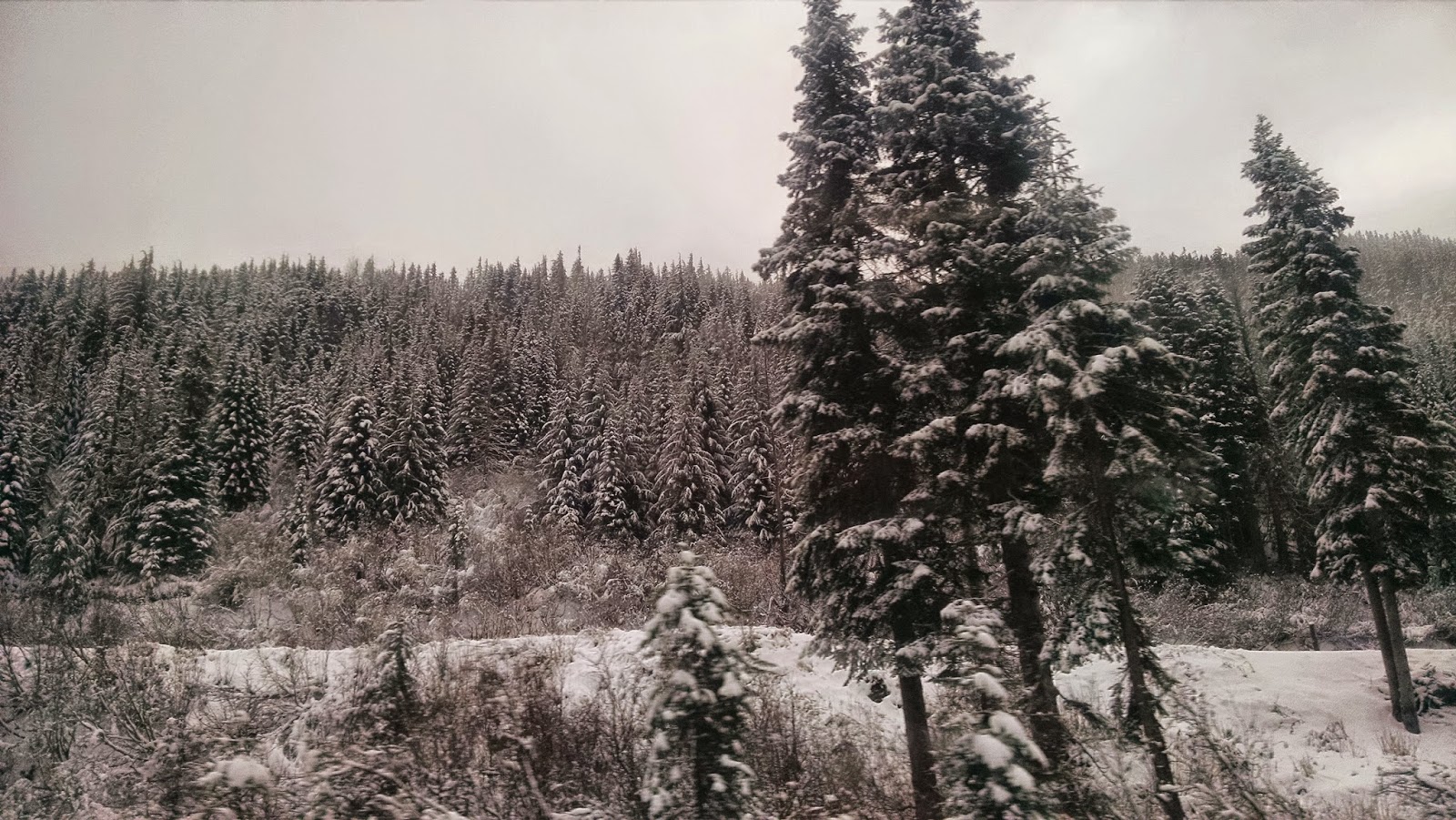 When we reached the frost line, it felt like we were approaching the North Pole. Not the real North Pole, obviously; more like something out of a Rankin/Bass special brought to life. I snapped dozens of pictures through the bus window, but almost all were blurred beyond recognition. Most of the rest have reflections from inside the bus, but a few are still pretty nice. 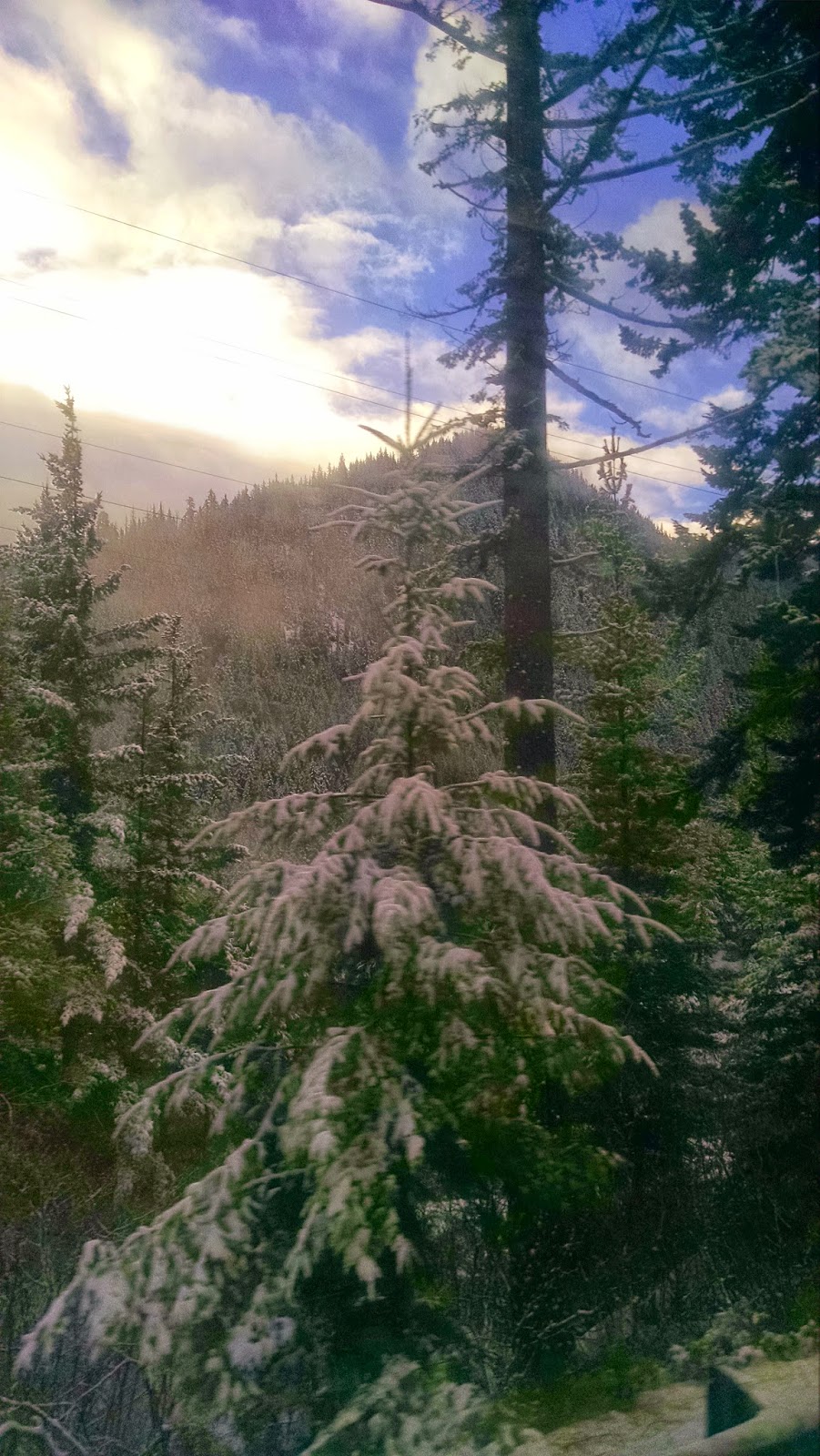 When we finally arrived, the town didn't break the pattern. This was about as close as you can get to a stop-motion Christmastown in the real world. Leavenworth is essentially an old railroad town that would, in all likelihood, be a ghost town if they hadn't transformed it into a tourist destination in the 60's. Now, it's a facsimile of a Bavarian village, and it survives by luring visitors interested in various events. The big two seem to be Oktoberfest and the Christmas light ceremony. And this isn't Mainlining Oktoberfest.

Above is the scene when we arrived. I remember thinking it was crowded, which almost seems funny in hindsight. That's the town center, by the way, where the aforementioned lighting ceremony took place hours later.

It would be difficult to overstate how focused the town is on the holiday. Not too surprising, given the economic incentives, but every store was decorated and most were stocked with Christmas merchandise. A few of the shops were holiday themed as a default, though most seemed like they could transform with the seasons. 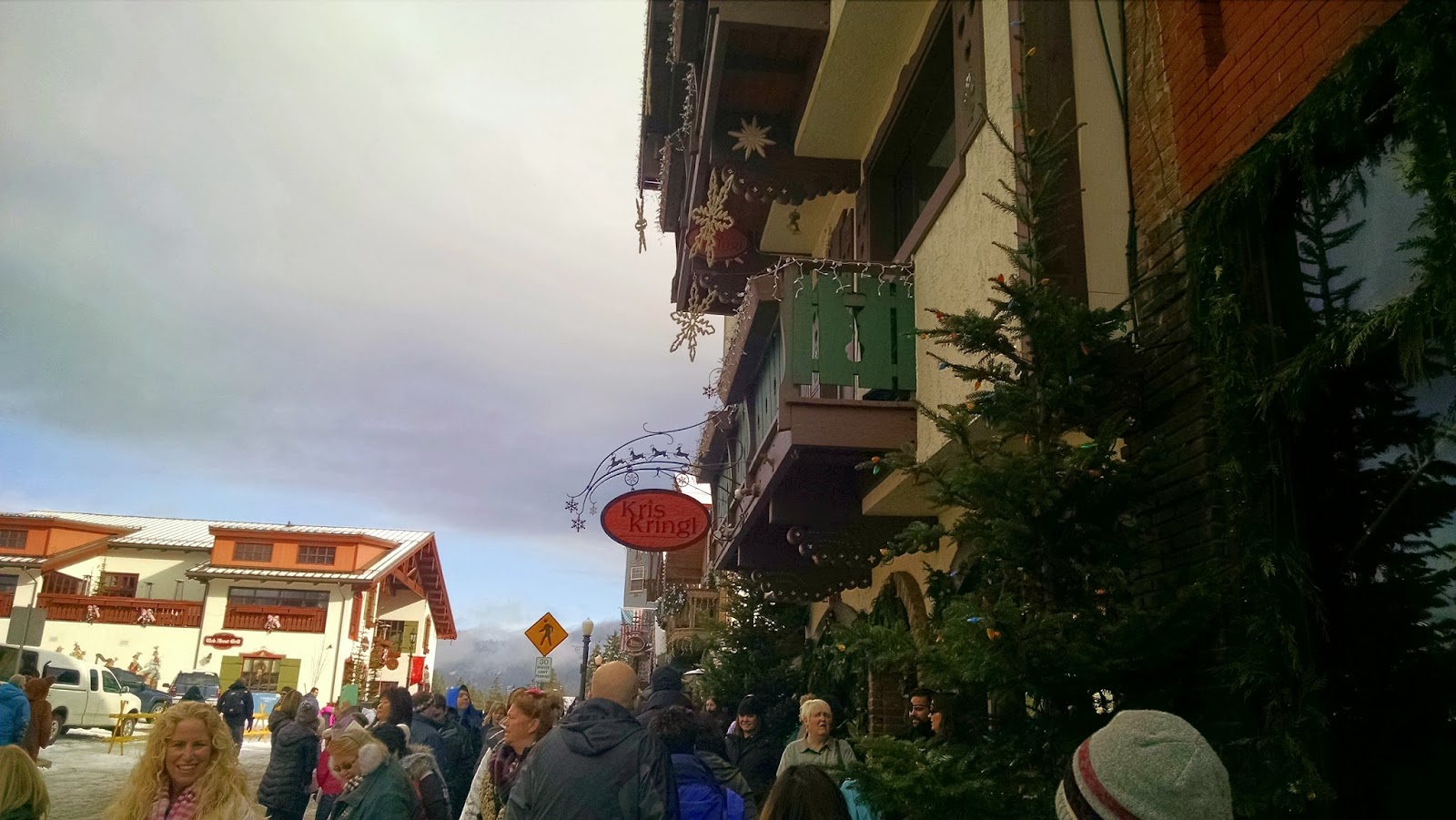 We did some shopping and ate some food. Bratwurst might not be Christmas themed, but damned if it wasn't fantastic. Also, so you know we didn't forget why we were there, we had molasses Christmas cookies, Gluhwein, and spiced cider. All great.

There was a simple parade soon after we arrived to mark the arrival of Santa Claus. Actually, it included Saint Nicholas, Father Christmas, and Santa Claus, which is kind of odd. This was a relatively low-key affair. Here's a picture of Santa rolling in: 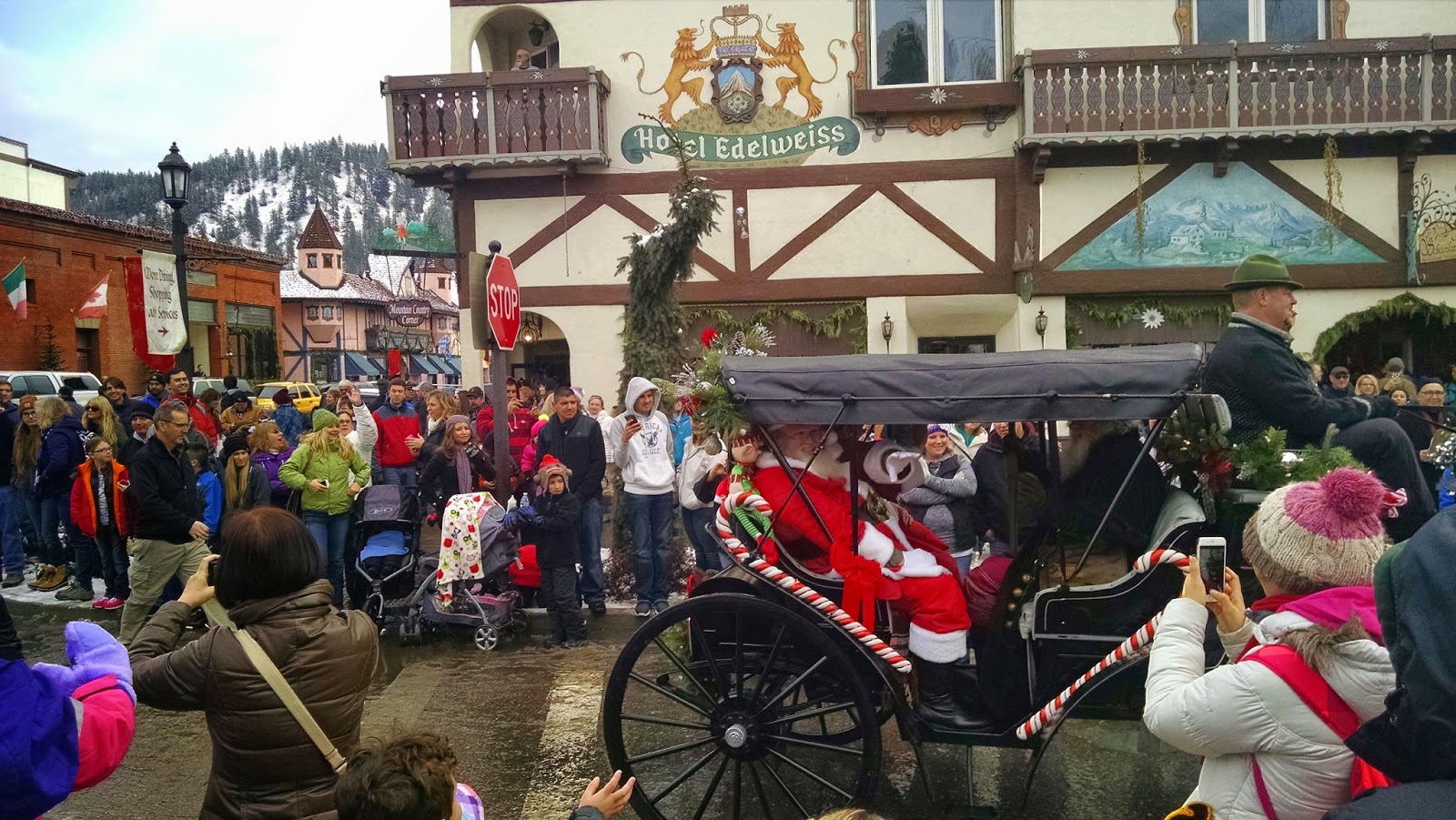 We spent some time at the Nutcracker museum. The museum itself isn't huge, but they've got a hell of a collection packed in there. We spent about thirty minutes inside and could have stuck around longer if we weren't pressed for time. At a mere $2.50 a person, it was certainly worth it. All in all, it was a great day. It certainly didn't hurt that the weather was unseasonably warm (in the 40's, I believe), and the scenery was phenomenal. 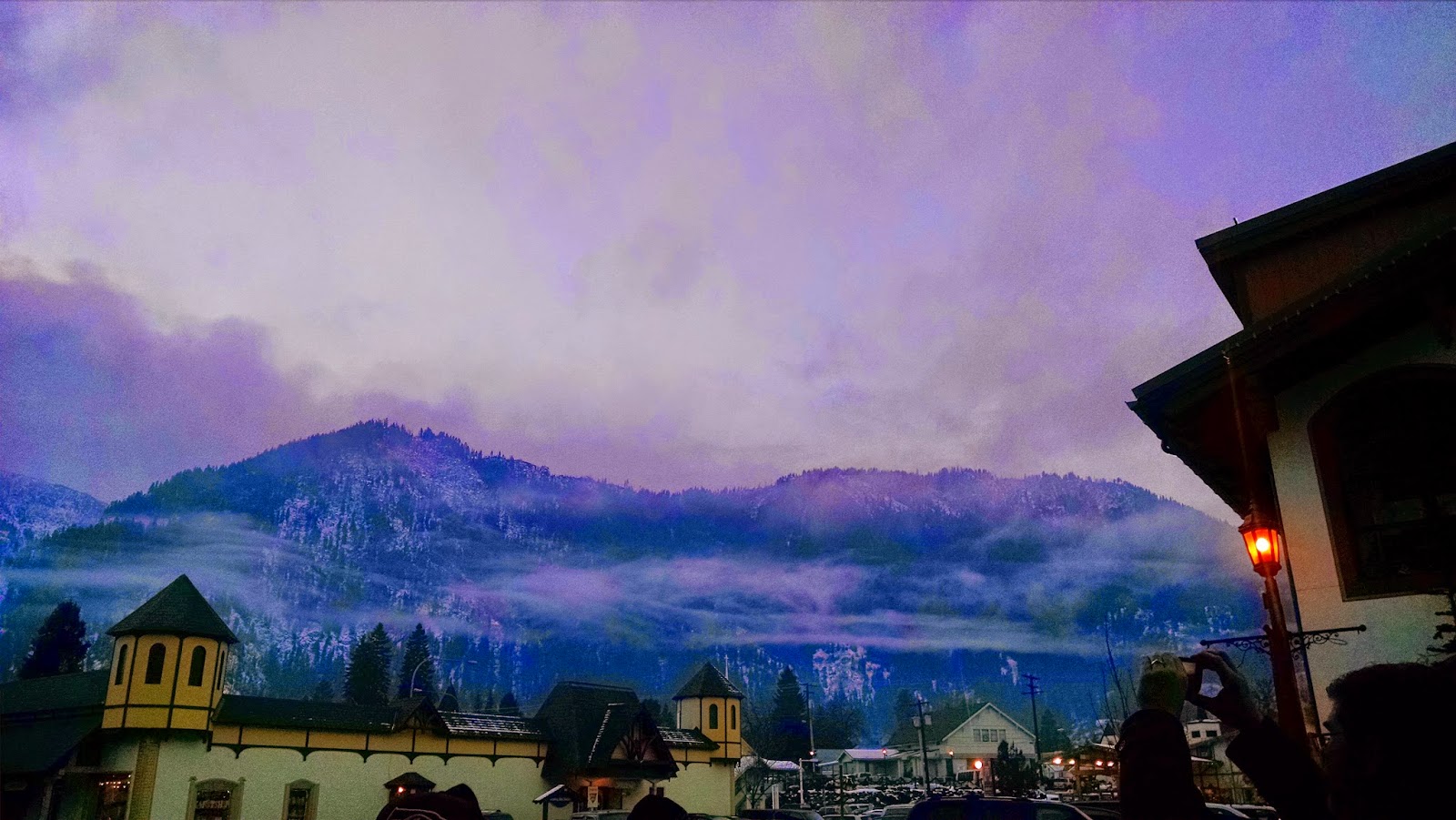 Plus, the bus we took played Elf on the ride back. Goddamn, I love that movie.

Of course, I haven't talked about the lighting ceremony... nor will I. That's going to be another article. Hey: we invested more than 15 hours into this trip: we're damned well getting a second post out of the deal.
Erin Snyder Photos