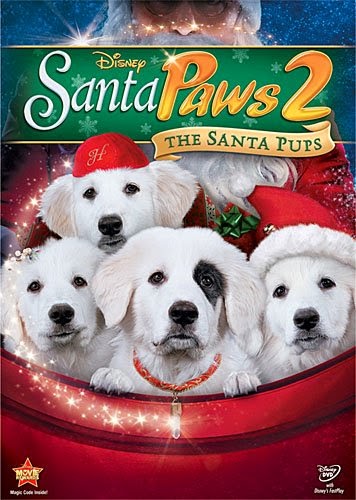 Got it? Good. You bet your ass there'll be a test later.

This one's... complicated, actually. There are three credited writers on IMDB, which doesn't surprise me. Because, believe it or not, I think one of those writers might have been competent.

That isn't to say the script or movie are good, per se. Most of the movie is utterly painful, there are astonishingly stupid plot decisions, the characters are vapid, and there are real reasons to think that the people who wrote this didn't even bother watching the prior films (not that I blame them). But, all that said, there were a handful of scenes where the quality of dialogue climbed substantially, and there were a few choices that were - dare I say - not idiotic in nature.

It's hard not to overstate this. We're talking about minor details here, not the overarching story or anything. I'm essentially reverse-nitpicking this; pulling out minor details that were handled well from the incredible sea of crap that described the other 95% of this movie. And I'm only bothering because that constituted 100% of the last two films.

For the most part, this movie functions logically as a sequel to the last Santa Paws movie, all while failing miserably to work as a prequel to Santa Buddies. See, the whole premise of that movie was built on Santa Paws' son, Puppy Paws, taking his magic crystal and going to meet the Buddies. So, the one thing this movie rationally had to establish was the existence of Puppy Paws.

He's... not in this movie. In fact, it's about his father's four children, none of whom were him. Unless they were trying to imply that Santa Paws in this movie actually was Puppy Paws grown up and having taken over for his father. Who must have died or something. Or maybe the four main characters of this movie, the titular Santa Pups, are eaten by a bumble after this movie, then Santa Paws has another kid.

You know something? That's now my favorite explanation.

The movie opens with the pups being born. This also marks the first item I want to single out as thought-out. Because they're born in the summer, and - for the first and last time in this series - it's day at the North Pole. I've seen dozens of Christmas movies set at the North Pole, and no one ever even makes an effort at getting this right. I'm kind of shocked they nailed this, and even more shocked they did so without ever calling attention to the detail.

Presumably as an apology for the sexist makeup of the previous series, three of the four puppies are female. As an indication the patriarchy is still in full effect at the North Pole and Disney's direct-to-video department, the leader is the male. Not just that, but he's the born leader. As in, they name the puppies as they appear and give them roles, and the leader role goes to the guy.

The other roles are singer, daredevil, and stuck-up tween. Keep in mind, they all suck at everything (this is, in fact, kind of a plot point). The movie immediately skips ahead to right before Christmas, and we're inelegantly force fed the premise. The Christmas Icicle (and by extension the magic Christmas Crystals) are powered by Christmas spirit, which is maintained by secret agents working for the North Pole. The agent at the town with the highest net spirit production just died, so they need a new one.

Santa Claus, now recast as Pat Finn (never heard of him, either) sends Mrs. Claus, now recast as Cheryl Ladd (one of Charlie's Angels) to go recruit a replacement. Meanwhile, the pups want to earn their Christmas crystals, so they steal someone else's, stowaway in the sleigh, and plan to demonstrate they're ready by granting a bunch of Christmas wishes

They reach the town, and three wishes in manage to Britta the whole thing by accidentally granting the wish of the one kid who wants Christmas spirit to go away. The kid in question is disgruntled because his mom just bought it.

That leads to the second item I'd like to commend the filmmakers on. It's of course obvious from the start that this kid's dead mom was the North Pole's late agent. I expected a dramatic unveiling at some point... but was never subjected to it. They made a passing reference in a photo at the end to verify she did, in fact, have one of the North Pole's agent pins (probably how her enemies found her - I don't buy that "natural causes from disease" bullshit for a minute). But that was it: no big reveal or anything. It was almost - dare I say - subtle.

Compare that with the following line of dialogue from the Santa pup ironically named Charity: "OMG. I'm totes on board."

I wish I was kidding. Now where's my goddamn magic Christmas dog with a shard of the Christmas Icicle to make my wish come true?

Sorry. Where was I? The wish creates a viral outbreak of anti-Christmas sentiment (third positive: teaching kids about spreading viruses). Pretty soon, everyone in town has lost their Christmas spirit except for the source's sister (played by the same kid who played the little orphan in the last movie and the little orphaned dog in the movie before that), a very confused Mrs. Claus, and three bizarre Christmas junkies named the Bright sisters, who I hated at first but kind of came around on as the movie went on.

Before long, the pups are in the pound and Mrs. Claus is in jail on charges of illegally stabling her reindeer in someone's barn. The pups get help from another dog, while Mrs. Claus is busted out of jail by the kids and Santa's head elf.

They destroy the prison in the process. That would be item number 4, obviously.

The movie wrapped up pretty soon after that. They reversed the wish after more or less resolving the matter with a song (not before, oddly enough), and everyone learned a lesson or something.

The music in this thing was awful beyond belief, and most of it didn't make any sense. It was not a good movie. Yet, there's no denying it was a massive improvement over what had come before. Cheryl Ladd does a decent job as Mrs. Claus, though she's undermined by her horrendous wig.

That's the last of the Santa Buddies movies, and with any luck, it always will be, If they ever remake, reboot, sequalize, prequalize, or sterilize any of these movies, we'll be back, of course.
2012 Comedy Erin Snyder Fantasy Movie