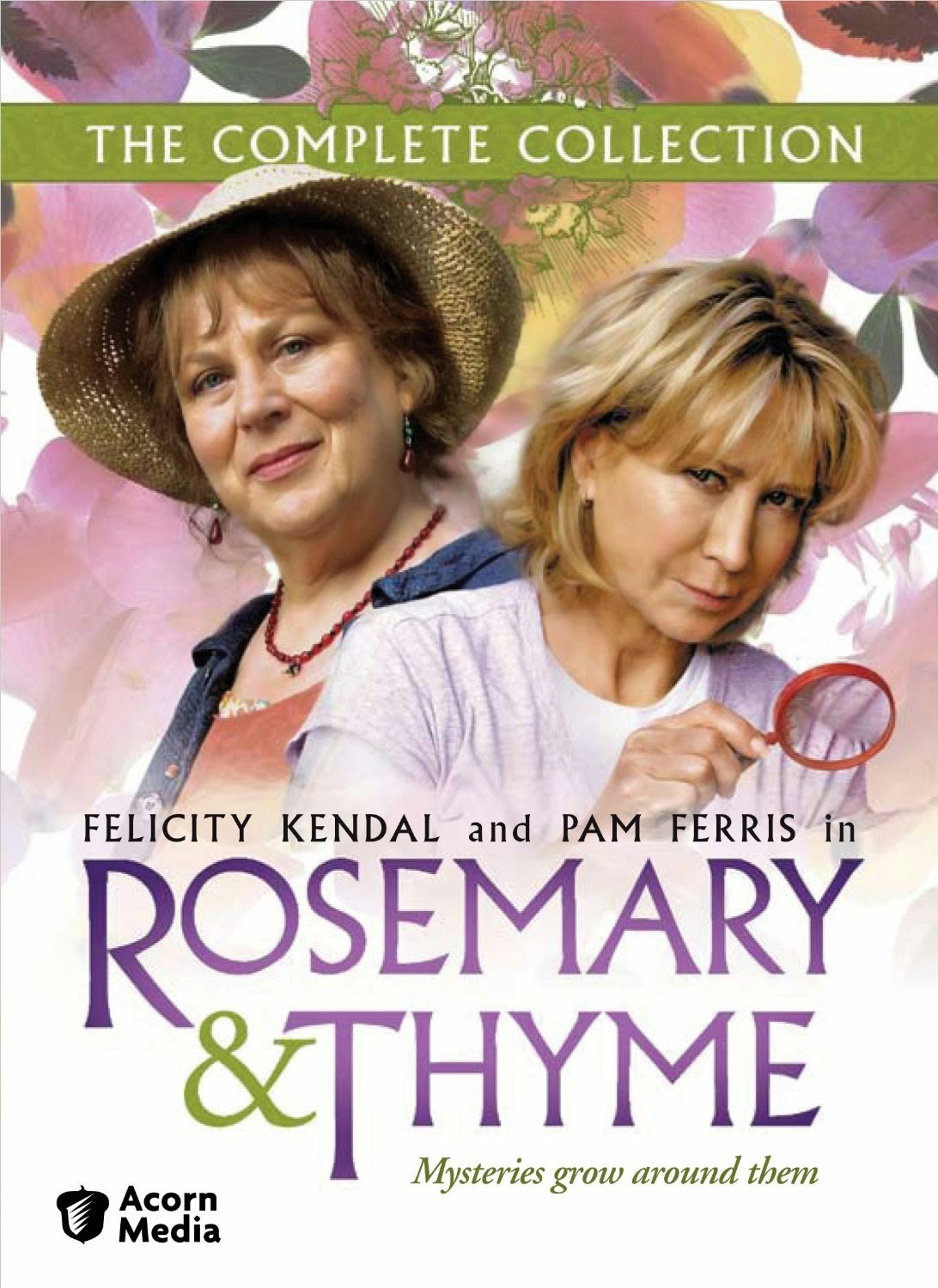 I should start by saying that I like this show, although I like it more in a ‘turn on while I clean or knit or otherwise multitask’ sort of way, rather than a ‘sit down and pay close attention’ sort of way. I first ran across this Christmas-ish episode earlier this year when I was doing just that.

I say Christmas-ish because while there are several references to the upcoming holidays and the episode originally aired in December, that’s all there is, and the setting and main plot have nothing to do with the subject of this blog.

It’s a standard episode of this show, which means the plot follows gardeners Rosemary Boxer and Laura Thyme while they attempt to solve a plant problem for a client and solve a mysterious death at the same time. In this case, the deceased is a critic visiting a struggling hotel, and the protagonists are there to help the adjacent struggling winery. The hotel and the winery are run by estranged brothers, one of whom of course turns out to be the killer, while the other spends some time as a red herring. Meanwhile, the place is overrun by both a wedding reception and a group of film buffs who are recreating scenes of old B-movies filmed on the property.

It’s a bit slow paced, but still a decent cozy mystery. I like the friendship between the main characters, highlighted in this episode as Laura’s children change their plans for Christmas and Rosemary tries to cheer her up. This leads to the funniest scene in the episode, in which Rosemary tries to buy a Christmas present in the only shop convenient to where they’re staying: a donkey-themed gift shop.

This is on Netflix, should you be in need of something pleasant that is technically Christmas related, but won’t hit you over the head with mistletoe.
00's Episode Lindsay Mystery