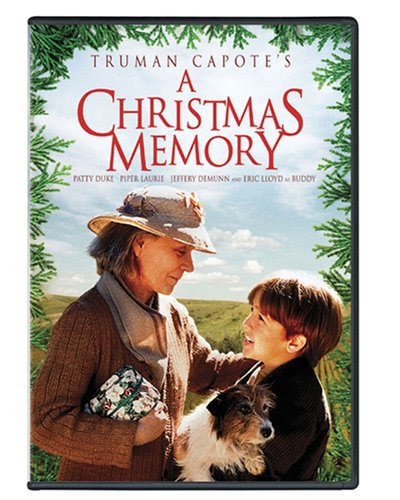 Please begin by noting, I read and enjoyed A Christmas Memory.

I have a small, tiny, miniscule amount of sympathy for the person who thought this was a good idea. I mean, Breakfast at Tiffany’s doesn’t seem like a filmable story either at first glance. But at least that story has things, and these things happen to the characters.

Is this tv-movie adaptation irredeemable? Probably not. It might have been a lovely 15 minutes, though, and instead it is a dragging, tedious, bloated 96.

The only strength is in the visuals. The production values are strong enough that everything looks period-accurate and has depth and texture. Unfortunately the same can’t be said for the writing. Adapting a stream-of-consciousness piece that’s all setting and emotional vignettes to live action is not a light task to undertake. Despite the actors giving it a good shot, words that lilt and float as thoughts on the page fall dead when spoken aloud.

Also, they tried very hard to give it a plot. And it’s a melodramatic mess of a ‘plot’. In the original story, the parting of the friends is melancholy and just provides a coda. Here, the fact that the boy is being sent away to school becomes the main point of contention, to a downright histrionic degree.

Also also, they add a tough-as-nails next-door kid to be an enemy-turned-friend B-plot. No, it’s not the kid from “The Thanksgiving Visitor”, it’s a girl. Really. You really thought this story needed an entire B-plot, in a adaptation of a piece that’s one of TRUMAN CAPOTE’S freakin memoirs, just to put a little hint of heterosexual gloss on it. I just… ARGH. Oh, the 90’s. You really had a complex, didn’t you?

Bonus: the kid playing “Buddy” (all the context of the name is gone, however. WTF, screenwriters?!) does give this thing extra Christmas cred! It’s Eric Lloyd, better known as the kid in The Santa Clause.
90's Drama Lindsay Movie