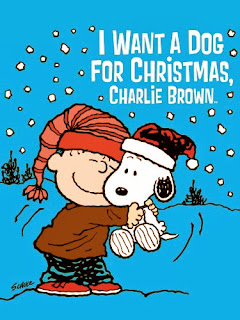 This is an hour-long Peanuts Christmas special from a decade ago. I wasn't expecting much, on account of the fact it's fairly recent, but I was pleasantly surprised.

The special focuses almost entirely on Rerun van Pelt, Linus and Lucy's younger brother. I know that sounds like a recipe for disaster, but it actually had a pretty neat effect, particularly on Charlie Brown. For once, he's not a martyr: in fact, Rerun envies the fact he has a dog. It has the effect of making the Peanuts' world less one-dimensional, while providing some sense that these characters are starting to grow up.

There's not a lot of plot here, but Rerun's desire for a pet holds this together. There's a sort of kid-friendly existentialism at play here, as Rerun ponders the unfairness of the universe. The whole thing has a very melancholy tone you wouldn't expect, either. There are a lot of jokes - most of which are genuinely funny - but at it's core, this is about alienation and the quest for meaning, companionship, and understanding.

Rerun doesn't get a dog at the end. While that robs this of a defined narrative arc, it does make it feel surprisingly honest: you don't always get what you want, and the world isn't always fair.

The special's largest issue is its lack of sympathetic female characters. Lucy is the only one with a substantial part, and she comes off as even more sadistic than usual. Making matters worse, there are some sequences where Schroeder is physically abusive while trying to drive her off. Granted, Lucy is just as bad to her brothers, but it feels like we're supposed to sympathize with them when she's being cruel and with Schroeder when he's getting rid of her. It comes off a little misogynous. I'm sure that was unintentional, but it's certainly unfortunate.

Setting that aside, it's a good special. You might want to give it a try if you've got an hour to kill.
00's Comedy Dramedy Erin Snyder Special