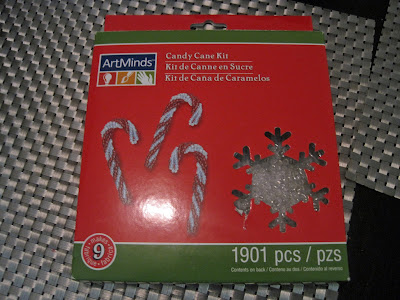 And then I forgot to take a picture of the pieces in progress. Oops.

The kit came with a bunch of red and clear glass beads, a long piece of wire and some silver thread, I suppose for making ornament loops. 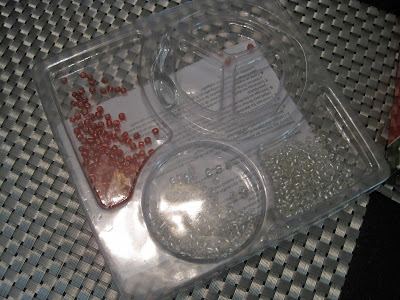 The instructions were slightly confusing, but boiled down to:


So I made a bunch of canes: 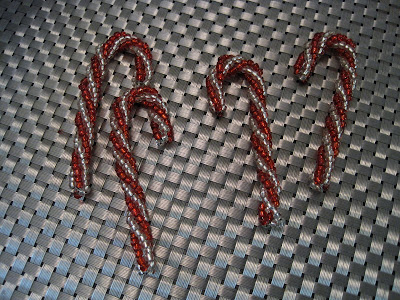 And they were fun to make, but they actually look kind of tiny and lame on the tree: 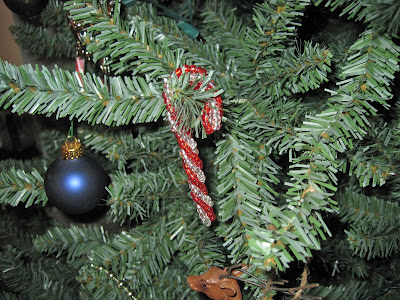 And then I thought, I have all these beads and wire left over. So I cut two really long pieces of wire, and added beads and twisted them together as though I were making a giant, ill-proportioned candy cane. Only this time I left some wire on each side and added jump rings to one side and a clasp to the other: 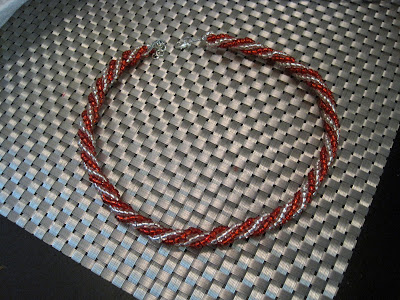 Which means now I have a peppermint striped Christmas necklace. 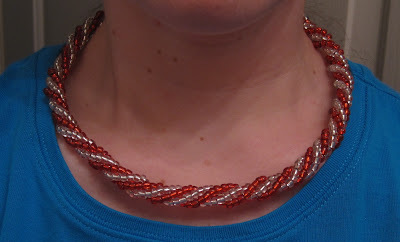 It's a little fragile, so I probably won't wear it much, but I still think it's cool for an art kit that cost a dollar or two on sale.
Crafts Instructions Lindsay