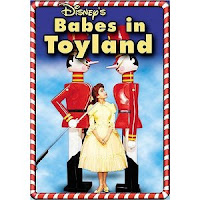 This one hurt a bit.

I don't think I've ever actually seen this before, at least not in its entirety.  It's not exactly a bad movie, but it's got a lot of problems, starting with the pace.  This movie crept along at a painfully slow pace, and I was ready to slam my head into a brick wall before this was a third of the way through.

Unfortunately, that wasn't part of the deal.  I said I'd watch it, so watch it I did.  Through the slow-moving songs, the cheesy villains, and the entire swirling technicolor nightmare.

The sad thing is that I can actually respect this.  Sure, it's slow and tedious, but it's also quite beautiful.  The sets are incredibly inventive (even if they do look like a closed-down amusement park), and the ingenious use of animation to weave comic-book like sound effects into the imagery predates similar techniques in movies like Scott Pilgrim Vs. The World and Speed Racer by half a century.  On some level, this represents an experiment blurring the line between live action and animation, and, visually, it was far more successful than the majority of CG-hybrid films made in the past twenty years.

I almost wished I'd seen this chopped up in pieces, so I could have simply admired the effects.  But the whole is definitely more boring than the sum of its parts, and - personally - I can't recommend sitting through this thing.
60's Erin Snyder Fantasy Movie Musical