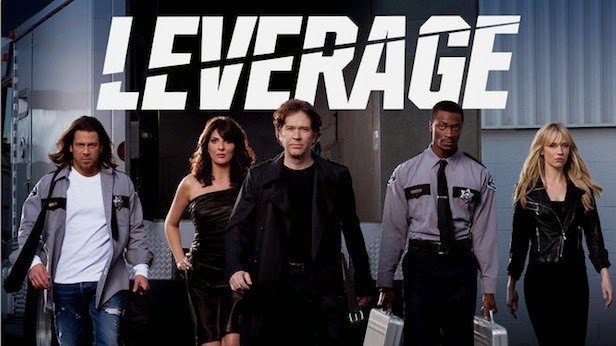 Throw The A-Team and Ocean's Eleven into a blender and hit puree, and you get Leverage, a series about four semi-reformed thieves teaming up with a semi-unreformed insurance investigator in order to take on corrupt politicians, heartless corporations, and rich crime bosses to steal back what they've taken from "the little guy." If the concept sounds a touch sappy, rest assured the series itself is a lot of fun. A sentence or two of cheesy moralizing every episode is a small price to pay for great characters (any one of the show's five leads could hold down a series of their own), tightly-plotted stories, and hilarious situations.

In other words, the series is definitely worth your time. The Christmas episodes are, as well, though they're not the best jumping-on points. 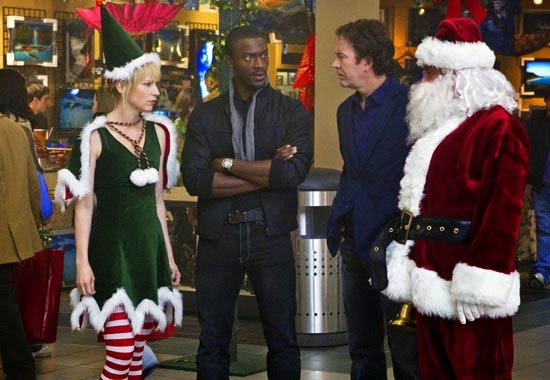 "The Ho, Ho, Ho Job" starts like most episodes, with a guest star showing up with a sob story. This time, the wronged individual is a mall Santa Claus who's been framed for a drinking problem and publicly fired. The mall manager who fired him is played by Dave Foley, who's hilarious as a villain who - unlike most of the show's bad guys - isn't entirely beyond salvation (it is Christmas, after all).

If this sounds a tad petty for the world's best thieves to bother rectifying, rest assured it's well below their usual level of crime. But the writers - as well as the characters - are conscious of this, so it's easy to roll with the premise. Besides, there's a lot more going on in this episode.

It features two major twists, one featuring a returning character I was glad to see back (though not surprised in the least). In addition, you get hints of How the Grinch Stole Christmas, Scrooge, Die Hard, Miracle on 34th Street, and - in all likelihood - several others I'm missing. This is a Christmas episode through and through, complete with a trivial miracle at the end and heartwarming lines. But it's also an episode of Leverage, so they toss in some geek references, as well, including one that's lacking in subtlety but still too cool not to love. 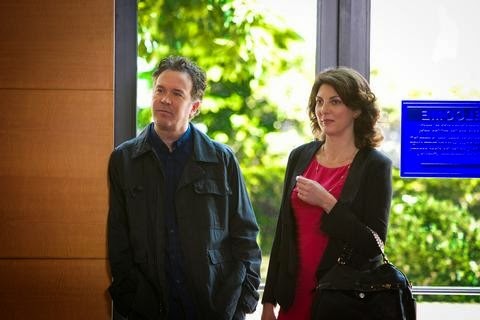 "The Toy Job" comes at a slightly inopportune point in the series: it's the second-to-last episode, and it wedges in a little extra character development for the finale. Overall, it's a far more conventional episode about the team going after a toy company executive who's run the numbers and determined a few dead kids are cheaper than a recall. The episode is set at Christmas, providing Nate an opportunity to deliver a line I was shocked they neglected to include in the first holiday episode.

Between segments of the con, there's a lot of discussion about the holiday's corporate aspects. The job involves manipulating mass numbers of shoppers and children into wanting a specific toy for Christmas. When Parker expresses some reservations, Nate argues that using marketing to trick the public into wanting a product is precisely what the holidays are about. I can respect that point-of-view.

Still, the writing around Nate's character felt a little off to me throughout this one. I appreciate they were building to the finale, but he came off a little too melancholy in my opinion. He certainly wasn't antagonistic towards Christmas in the last special: why is he suddenly soured on the traditions this time?

This is a good episode, but not quite as good as the first. Neither are among the series' best, but they're still solid Christmas episodes. I'm dropping a "highly recommended" label on this, mainly for the series at large. These are two great hours of television, but that's par for the show.

All that said, if you've never seen an episode of Leverage and are just looking for something for the holiday, I'd encourage you to look elsewhere until you've caught up. You'll still have fun with these episodes if you watch them cold, but it's far better if you're familiar with the characters.
2010 2012 Action Comedy Crime Episode Erin Snyder Highly Recommended