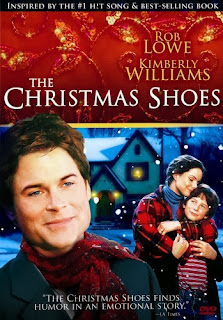 Erin and I are on the same page with this one, I mainly want to add two small observations to Erin’s excellent write up.

Patton Oswalt was right
If you’ve ever heard the horror that is the Christmas Shoes song, hopefully you’ve also seen Patton Oswalt’s hilarious take-down (NSFW!!). One thing that I noticed watching this extended version of the story is Patton Oswalt's complaint about the moral of the song is even more pronounced here. The poor woman’s death is there, primarily, to benefit the rich couple. If what’s-her-name hadn’t been sick, would Kate ever have found her true calling taking the poor woman’s place as the volunteer music teacher? Would she ever have been truly fulfilled? And of course the whole kid+shoes scene causes Robert (Rob Lowe) to reevaluate what’s important in life, and fix the incredibly minor made-for-TV-style problems with his marriage.

I mean, for their part, I guess the widower learns that he should let his son have a puppy. 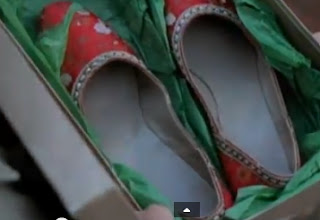 Those are some ugly shoes.
I mean, the filmmakers couldn’t make them sexy shoes: she’s a mom! So they’re these weird things (in a couple shots you can see that they have little heels) that really look like something you could buy for eight bucks at Pearl River Mart.

Possibly my favorite moment in the movie is when the kid brings in the shoes and says, in his tear-choked voice, that he brought her shoes to wear in heaven, and both parents look at the shoes, and there’s a beat before they say anything. I’m sure it was supposed to be that they were so struck by the child’s kindness, but really it seemed like any other time that a kid has brought home a god-awful gift and the parents have to take a moment before saying, “Oh honey, how nice of you to buy me these Hello Kitty potholders! They’re so… nice!”

Oh, and if you're not quite ready to be done with this, or you're still wondering what the heck we're talking about, here's Nostalgia Chick with the full low-down, featuring some of the delightfully cliche dialogue from the film: